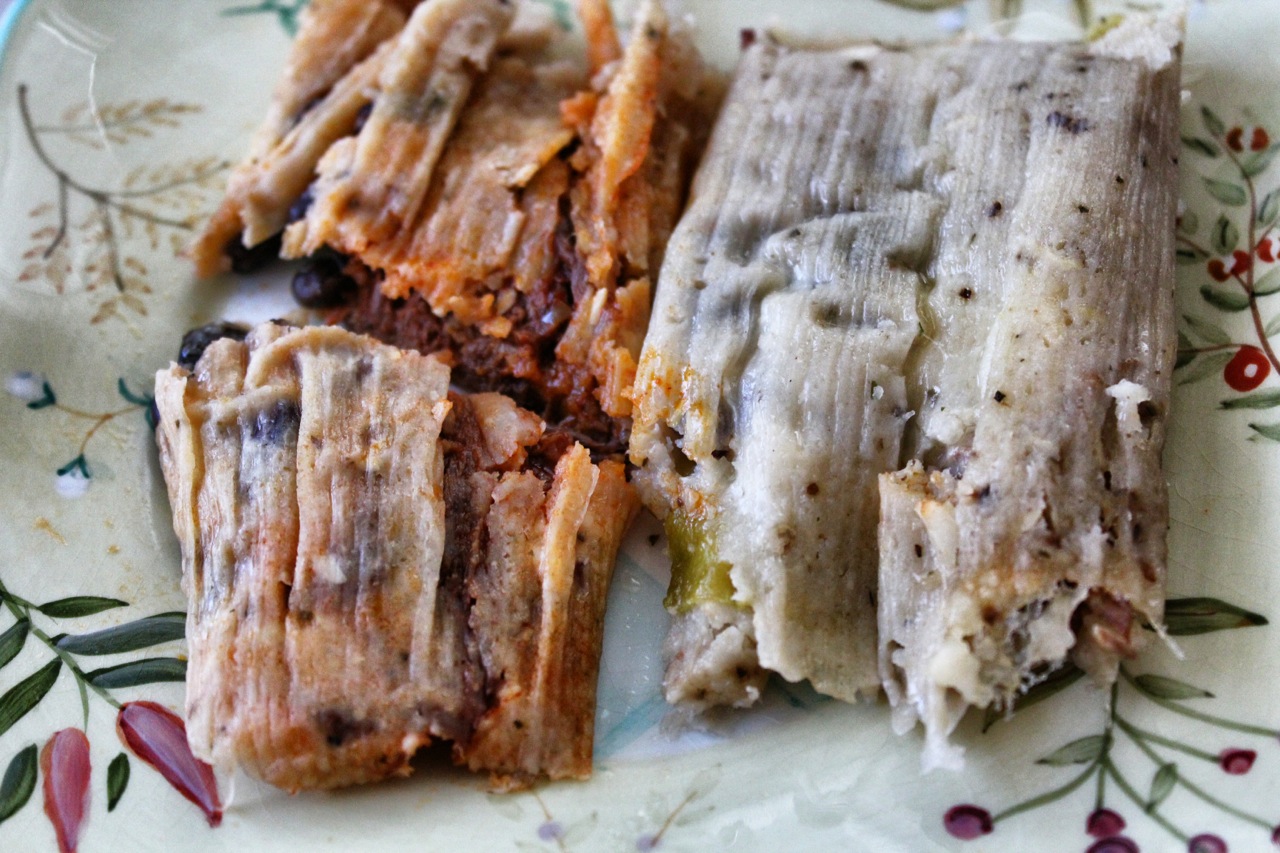 For osechi-ryori, many Japanese American families living in the eastern part of the Los Angeles area have adopted the making of tamales. My wife’s family is no exception, having lived in Lincoln Heights, an Hispanic enclave, for a long time before moving to the San Gabriel Valley. For a festival whose food has long ago shrugged off its symbolic significance, it is more about gathering family together on New Year’s Day and enjoying the food, including non-traditional dishes that are more culinarily relevant today.

The making of tamales has been a family affair involving many hands. It takes time and effort to make the ingredients, spread the masa, lay the fillings, wrap and steam almost a hundred tamales. My wife’s youngest sister has taken the responsibility of coordinating the event. She makes the fillings and brings over all the ingredients and prepares for both meat-filled and vegetarian versions.

Her tasty beef filling is one we all love. It’s made by simmering a beef chuck roast (or another cut) in enchilada sauce, Herdez salsa casera and El Pato salsa de jalapeño until the meat is fork-tender. After it’s done, it glistens in a thick, spicy, almost iridescent dark red sauce. 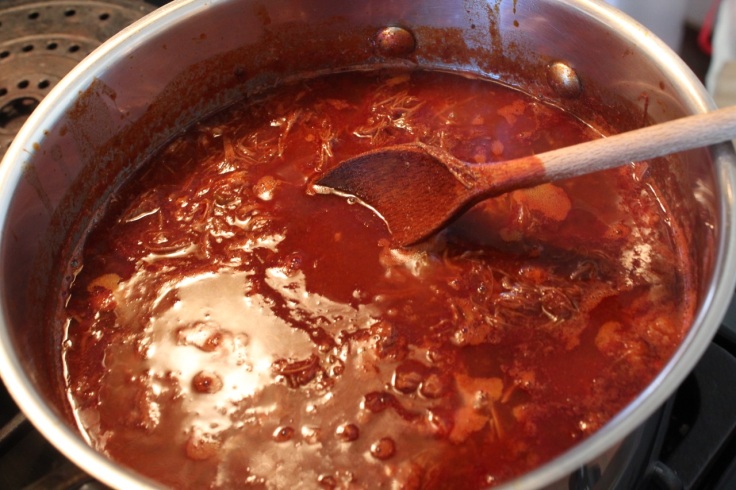 There is no single template for the tamales. They are pretty much happenings, the assemblers creating whatever strikes their fancy. This is part of the fun. The entire process takes several hours to complete. The following pictures speak for themselves.

A little spirit to urge the troops on.