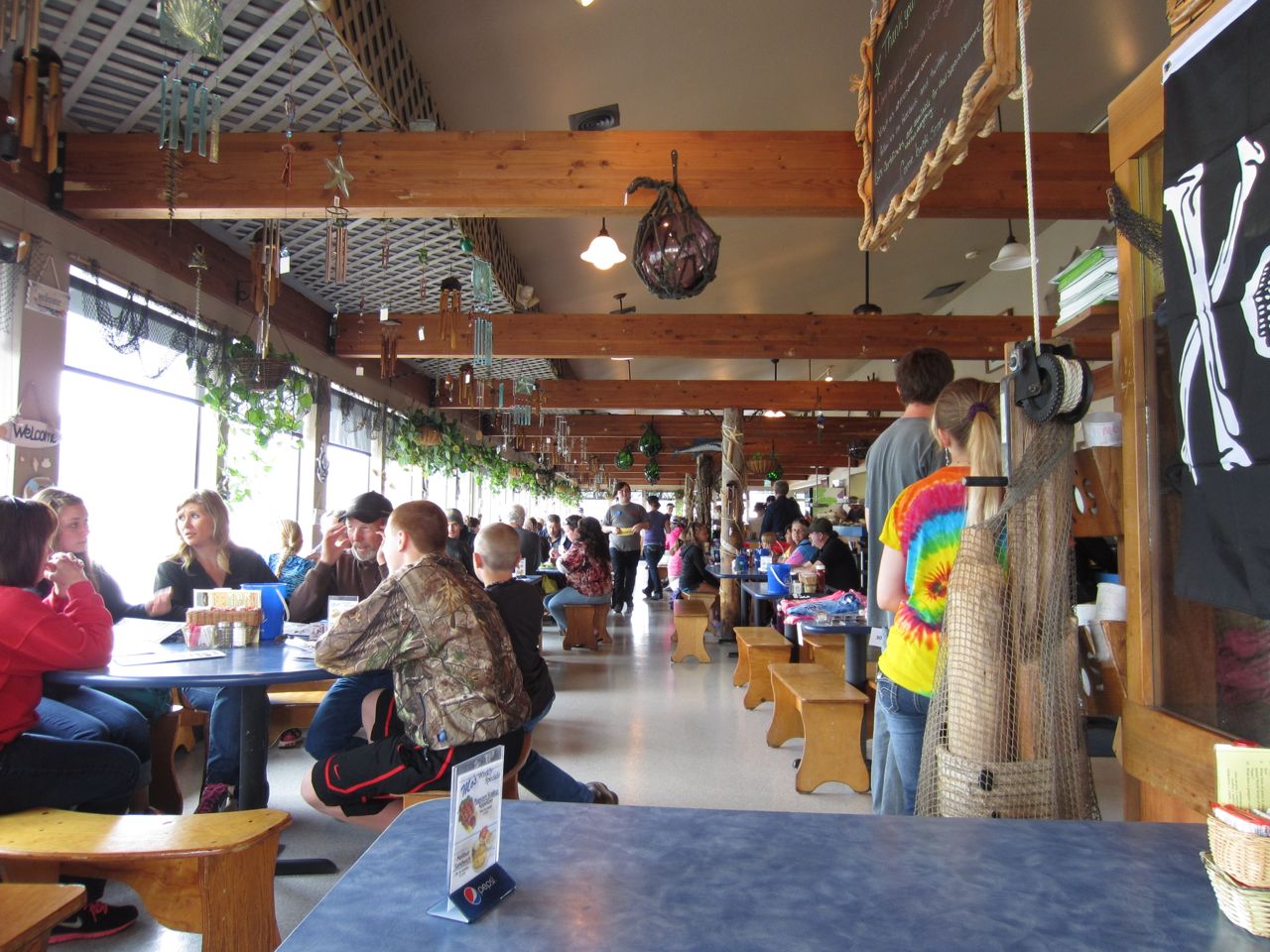 Along the Oregon coast, seafood restaurants are as numerous as the sea stacks offshore. Mo’s is a local seafood restaurant that established a reputation with its clam chowder. There are now six locations, including two in Newport, where Mo’s had its beginning. Since my wife and I were driving through Florence, we stopped here for lunch. Our real intention was to have lunch in Bandon where we were surprised with very good fried clams at the Minute Café in 2009. But the hour was getting late and we were still about an hour away from Bandon.

At Mo’s, we were greeted at the door with bouncy enthusiasm, everyone wishing us a wonderful meal. Even if it was a very popular restaurant, we were seated right away. Our shared plates included a green salad topped with bay shrimp and fried clam strips. We each got our own cup of chowder.

The chowder (☆☆) was very thick from cornstarch and dissolved potatoes, of which there was an excessive amount, cut into various size cubes. There also weren’t very many clam pieces and the broth was weak in clam flavor. Overall, a disappointing version considering its reputation.

While the clam strips (☆☆½) were fine, they did little to make us forget Bandon.

As we left Mo’s to take a stroll through Old Town, employees outside ICM Seafood Restaurant were handing out small samples of their clam chowder (☆☆☆½). Now, this was an excellent rendition, full of clam flavor, suffering only from sandy grittiness. Not only that, fried razor clam strips were on the menu. We had eaten lunch at the wrong place. Next time!