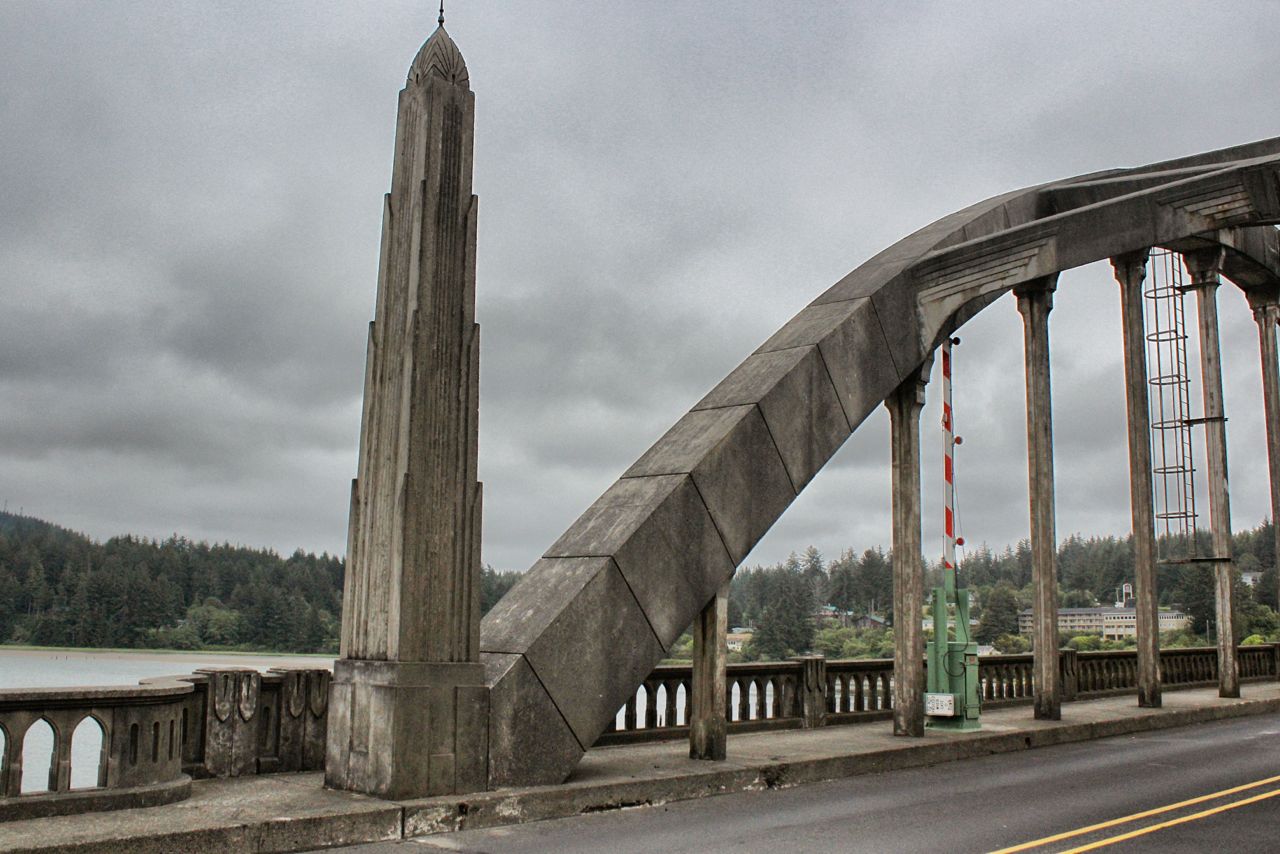 “From the dawn of civilization up to the present, engineers have been busily engaged in ruining this fair earth, and taking all the romance out of it. They have cluttered up God’s fair landscape with hideous little buildings and ugly railroads.”

One of the striking landscape features of coastal Oregon is the succession of beautiful bridges along the Oregon Coast Highway (US 101). Bridge engineer Conde McCullough almost single-handedly designed them during the 1920-30s, fourteen on Highway 101 alone. Twelve of the bridges are on the National Register of Historic Places. I never knew these were the work of one man, but that was before I started planning the current road trip and saw his name mentioned in connection with three of the bridges. A little digging revealed that he was responsible for about 600 in total during his career. His designs are distinguished for their sound construction and aesthetic appeal. Every one had a unique architectural design with the intent of harmonizing it with its surroundings. Almost all of them were constructed of reinforced concrete, which in most hands would wind up with uninspired design. McCullough was also concerned with keeping costs down. He was fond of using arches and employing Egyptian, classical, Gothic and other motifs that appeared in balustrades and span and support structures and art deco designs in obelisks.

One of his bridges is the one crossing the Siuslaw River in Florence. The characteristic approach obelisks are there, four in total. Then there are also art deco structures that served functional purposes—they housed mechanical equipment and provided housing for the bridge operator who managed the 149-foot bascule (or drawbridge) for boat traffic. The two sections swing up on massive hinges that provide 110 feet of clearance. The houses are topped with ornate roofs embellished with sunburst patterns. The concrete balustrades on either side consist of balusters that look like Gothic arches.

While these Depression-era bridges were well-constructed for the time, the Oregon coast’s harsh conditions of rain, wind and salt water have deteriorated the concrete and steel to the point that they are now substandard and require major work to reinforce.