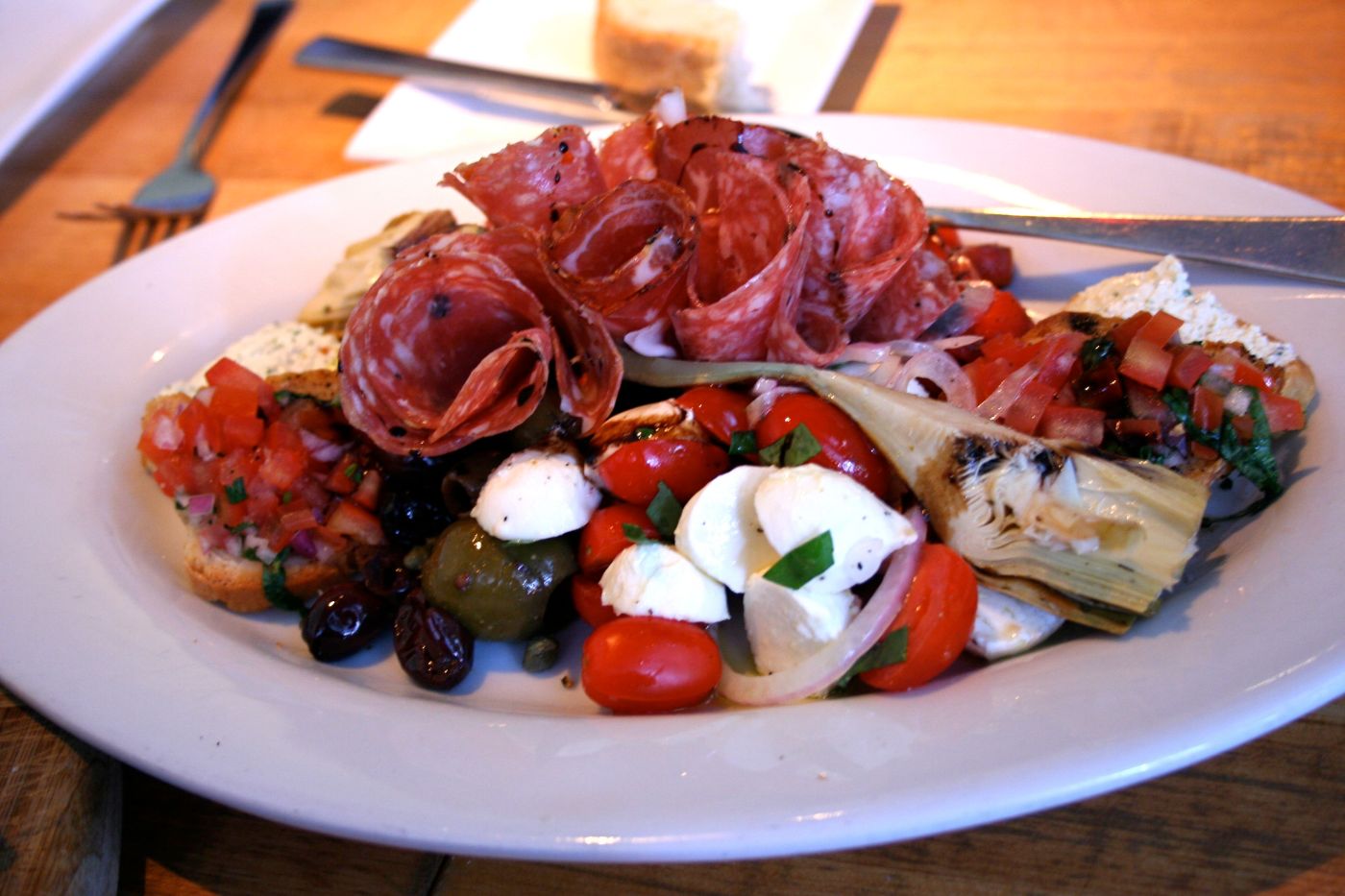 Within a few blocks of our daughter and son-in-law’s house is Mercato, a restaurant that draws inspiration from Italian and Italian-American cooking. It’s nestled in a tiny space on Spruce near 12th, but the cheerful saffron yellow walls make it feel more expansive. Our daughter brought along an Italian soave because of a BYOB policy observed by many Philadelphia restaurants.

Another appetizer was a spot-on grilled artichoke accompanied by a citrus aioli. The grilling intensified the vegetable’s flavor.

Three pan seared diver scallops were served on a bed of mushroom and English pea risotto, topped with a Parmesan crisp. As if that weren’t enough, the entire dish was drizzled with truffle oil. The scallops were crisply browned but still sweet and succulent. An excellent entrée.

You know it’s was winning restaurant when it was hard to say which entrée was our favorite.