It’s been twenty years or so since its official opening. During that time, I didn’t know that there was a Chinese garden in Seattle. I am not alone, I suspect. It seems it hasn’t been well publicized for all the years it’s been in existence. Locals are more likely to have gone to the Japanese Garden near the University of Washington. But that may soon change.

It turns out that there has been a multi-phase plan for the garden’s landscape design. The goal is to establish one of the largest Chinese gardens outside of China and the first of Sichuan-style in the U.S. Take a look at the architect’s rendering and tell me it doesn’t look exciting, let alone ambitious.

Two weekends ago, the garden hosted the Peony and Bamboo Festival. If it weren’t for an announcement that my wife saw, I would have gone on even longer unaware of our local treasure. It was time for us to pay a visit, even more so for the chance to see peonies. I’ve been to Portland’s Chinese Garden in 2006 when it hosted a spectacular exhibit of cut peony arrangements, which boosted in no small way my admiration for what some regard as China’s ‘official’ flower. Add to their wondrous beauty the intoxicating scent that many of them give off and you have one heckuva flower.

Of the multitude of peony plants, 400 were donated to the garden by ‘The City of Peonies,’ Luoyang, which itself hosts a renowned annual festival. The plants are now approximately 3-4 years old, it appears, not yet the splendid specimens they will become.

What more can be said than that a warmer than usual winter and spring caused the peonies to flower early this year? By the time of the festival in mid-April, many blossoms were already past their peak. But a great deal more were in perfect form. One can imagine that when mature, these shrubs and trees will produce even more spectacular displays. 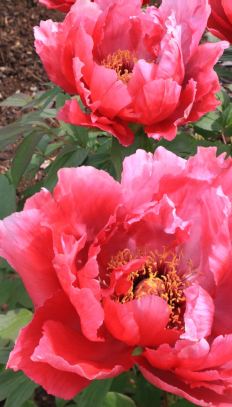 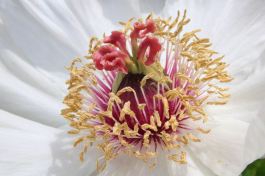 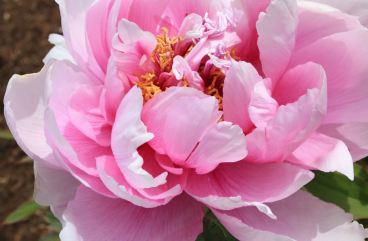 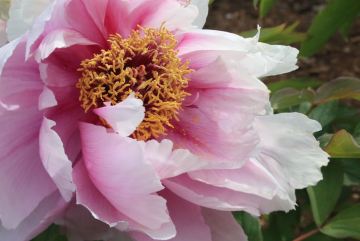