It won’t win any prize for names. Chinese Seafood Noodle recently opened in Lake Hills Village. The former Lake Hills Shopping Center that used to host Paldo World, Liebchen Delicatessen and Wonton City, has been demolished and replaced by a fancier, mixed-use complex of housing, office space, restaurants and the Lake Hills Library. If the Village ever gets completed—it’s been stuck in slo-mo development far too long—there will be a vibrant center in the middle of the Lake Hills neighborhood. I only noticed the restaurant on foot when I happened to be looking in its direction from the library. You would never see it driving past on 156th Ave SE, obscured by arbors in the central plaza, nor from Lake Hills Blvd where a temporary chain-link fence and other obstructions block the view.

The interior is very sparse. A polished concrete floor. Large expanses of undecorated walls. But, there are ambitious plans to spruce things up, including the addition of a bar. The restaurant’s isolation does little to attract passersby. On two visits, there were many empty tables.

I was surprised to learn from the waiter that Chinese Seafood Noodle is part of the Green Leaf restaurant enterprise. That is a pretty impressive credential.

For now, the menu is printed on paper. It’s short, 22 items on the Chinese menu, 13 on the Vietnamese, the latter a tie-in to the management’s Green Leaf roots. In fact, phở and bún make an appearance, though on our second visit, the bún items were crossed out, the result of not yet being equipped to make (I’m guessing) the toppings, which include grilled pork, egg roll, grilled chicken and grilled shrimp. These will eventually show up again ($11-$13).

The specialty is southern Chinese seafood soup, which you can order with a choice of starches: noodles, rice cakes or rice (pao fan). The broth is the story here. Understated and complex, it tastes of chicken and sea with hints of ginger. Long-simmering with chicken bones imparts a cloudiness and density that reminds me of miso ramen broth. There’s not a lot of seafood in the soup, a couple of Hood Canal shrimp (heads and tails intact), a few littleneck clams and rings of calamari, even unexpected pieces of beef, everything perfectly cooked. Added are baby bok choy and cilantro for greenery and triangles of pan-fried egg. The wheat noodles are thickly cut like udon and soft. A nice soup ($13.99, ☆☆☆). I couldn’t help but think that the steep pricing might’ve been stimulated by the regrettable upsurge in ramen prices recently. 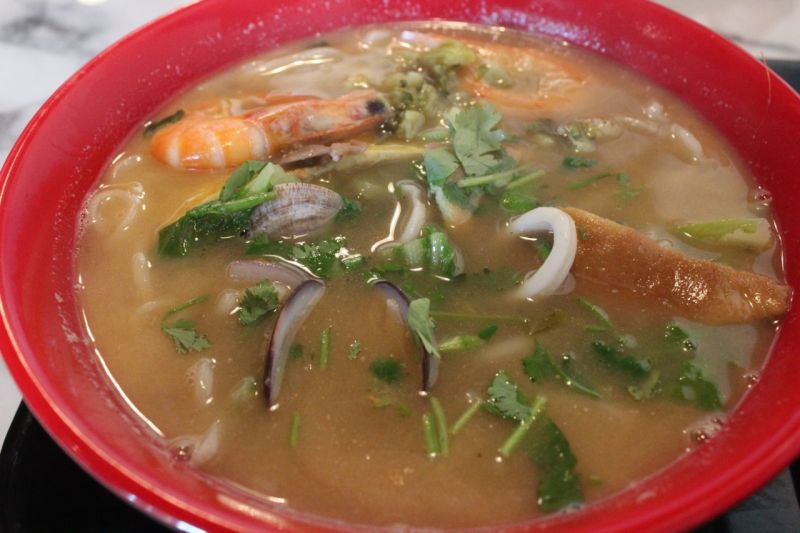 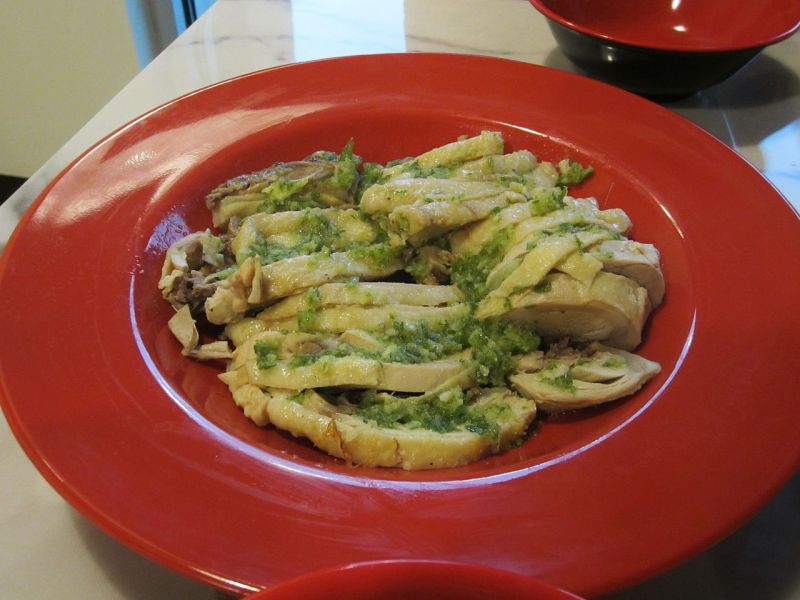 The Sausage Fried Rice had nice chew, lop cheung was tasty and the vegetables freshly cut rather than coming out of frozen packages. Chinese versions are not my favorite Asian fried rices, but this (and the ones from the kitchen of Shanghai Café) was quite good ($7.99, ☆☆☆), marred again by a liberal hand with salt.

On our first visit, we were given a complimentary order of Pork Lettuce Boat. It’s listed on the menu under ‘Fusion Food.’ It’s similar to a Vietnamese shredded pork lettuce wrap, but instead of pickled vegetables (đồ chua), there is a layer of kimchi. (☆☆☆½) 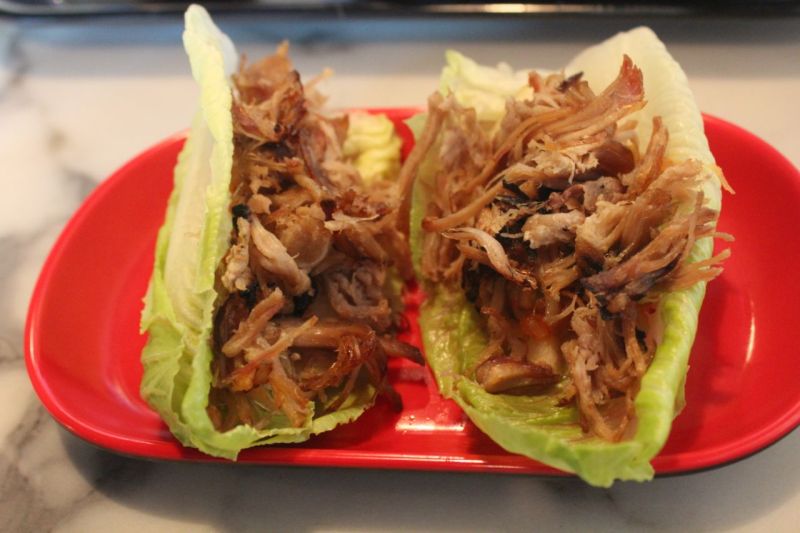 With a Green Leaf pedigree, it shouldn’t take long for things to get rolling. For now, there’s a certain temporariness, a limited (and paper) menu, a small clientele, foot-dragging on the part of the Lake Hills Village developer (Cosmos) that still has not secured enough leases from other businesses, all conspiring to keep Chinese Seafood Noodle from realizing its full potential.

3 thoughts on “What’s In a Name? Chinese Seafood Noodle”