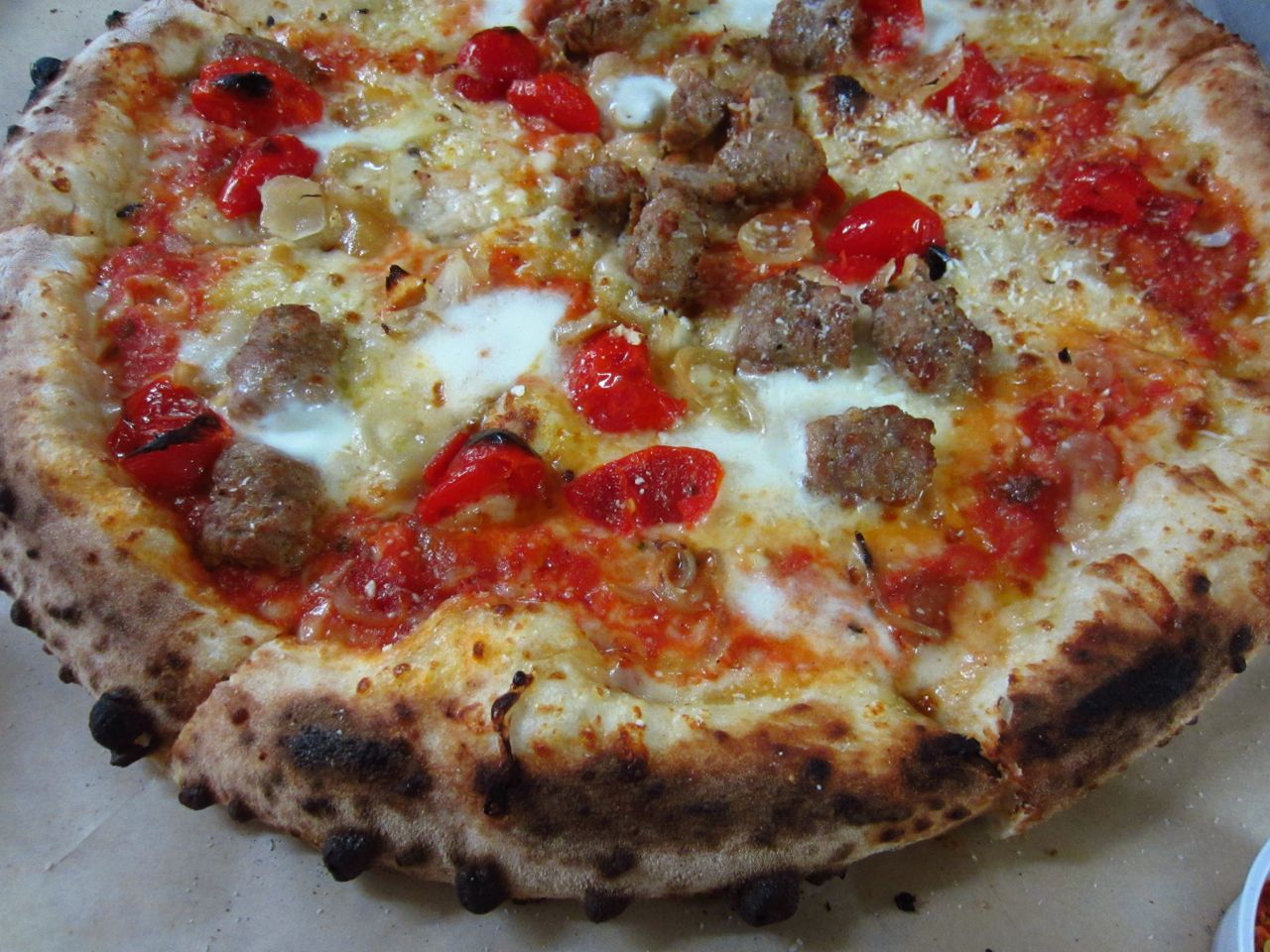 I’m partial to thin-crust pizza with simple toppings. I should be able to count the ingredients on one hand. A crust crisped on the outside, chewy on the inside. If the pie doesn’t sag in the middle, even better. This doesn’t mean I won’t appreciate another style.

Antico Pizza Napoletana serves Neapolitan pizzas in Atlanta. In 2012, Zagat conducted a survey of the best pizzas in 23 U. S. cities. Antico came out on top with the highest score among pizzerias, an almost perfect 28 out of 30 points. This was worth checking out.

It’s located in the Westside section of Atlanta, along the periphery of Georgia Tech. I first noticed the small dining area as I walked through the door. The tables were entirely occupied by customers. I was concerned about getting seating. Opera music was being piped over the speaker system. The order counter was to the left, above which was the menu and a long illustration in comic book format on eating Neapolitan pizza portafoglio-style—holding the slice in your left hand, say, while folding the pointed end toward the outer edge with the right, finishing the crosswise fold with the left, and mangia. Even with their B.Y.O.B. option, a good selection of reasonably priced wines and other beverages can be purchased.

The two traditional and ‘protected’ Neapolitan pizzas are at the top of the menu—Margherita and marinara—followed by Antico’s specialties.

We were able to sit down after all. There is a much larger dining area in the back with long communal tables. At the rear of the room was the open kitchen flanked by three large wood-burning stoves and staffed by pizzaiolos, who were either hand-forming the dough and dressing the pies or baking. To my surprise, within ten minutes of ordering, the pizza arrived. I discovered later that Antico, like any authentic Neapolitan pizzeria, bakes their pies in blisteringly hot ovens at 900-1000o F, which cooks their pizzas in only only a minute or so. 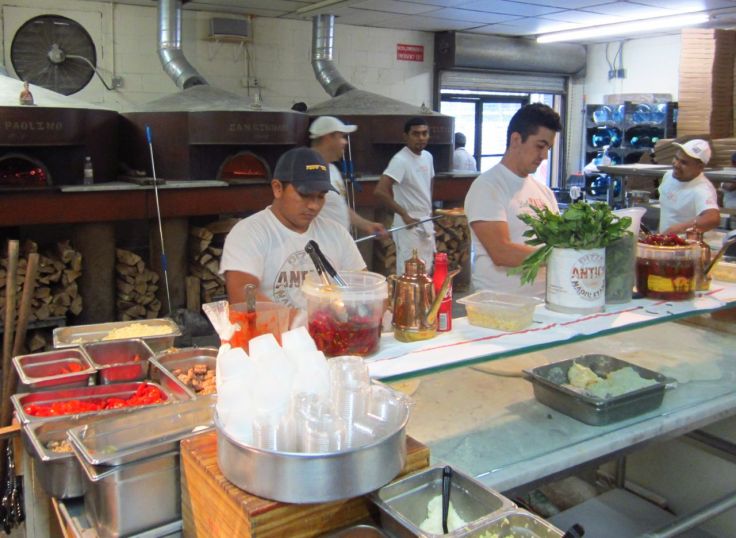 Condiments, available in front of the cooking station, include dried red pepper flakes, grated Pecorino, minced garlic and chile paste. There is also a large plastic tub of calabrian chile peppers, an ingredient in another of Antico’s famous pies, the Diavola. Eaten straight though, they’re exceedingly salty. 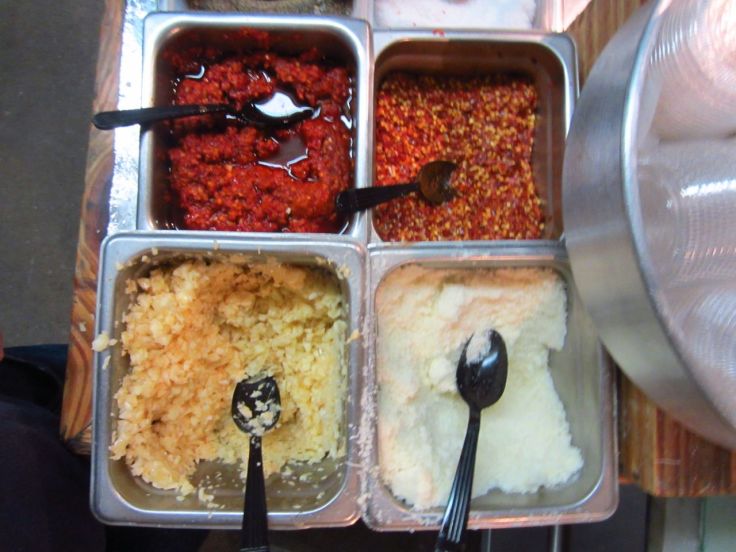 While our San Gennaro pizza (top image) is one of Antico’s specialties, it still had characteristics of a classic Neapolitan pie. A thin (and pliable) crust in the middle, puffed and spottily charred edge crust, nicely browned bottom, ground San Marzano tomatoes, bufala mozzarella. These essential ingredients are imported directly from Italy. Sweet peppers and salsiccia added sweet and savory notes. Grated scamorza cheese and roasted cipolline onions completed the toppings. A great pizza, clearly a signature pie. I marked this fantastically flavored pizza down slightly because of the soft middle crust, but that’s a personal dislike. But, with pizza this good, I could learn to love it. (☆☆☆½)