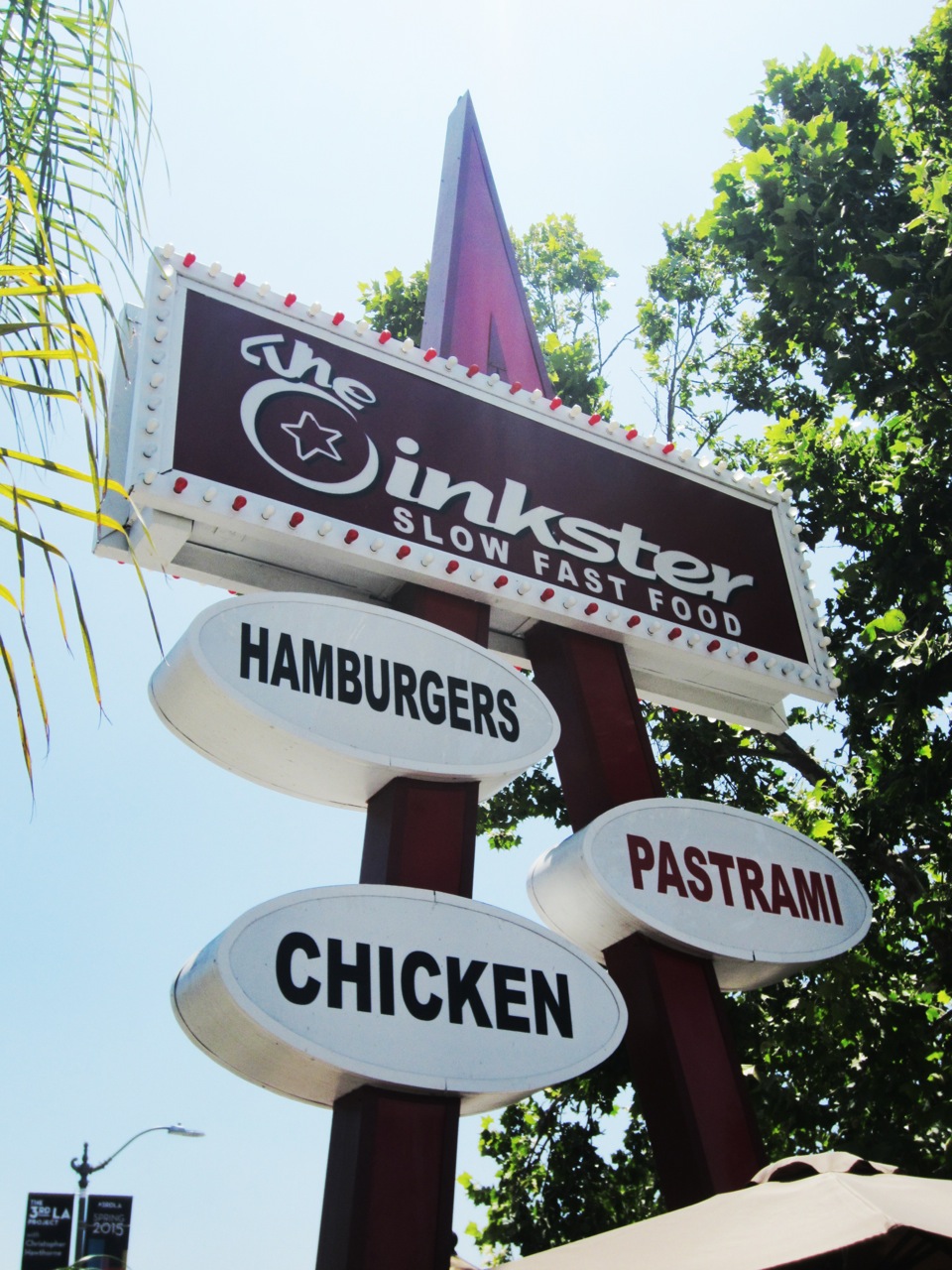 Could the lure of The Oinkster‘s house-cured pastrami, house-made ketchup, chipotle sauce and garlic aioli, hand-cut Kennebec fries that are double-fried, indications that Chef Andre Guerrero is serious about food, be enough to give me satisfaction that I could find the ideal pastrami sandwich?

It’s been a long, dry spell since I’ve had a great Southern California-style pastrami sandwich. My last visit to Johnnie’s in Culver City last year was disappointing, to say the least. Even a stop at The Hat in Alhambra didn’t change my wondering if standards in the Los Angeles area have relaxed over the years. Or is it that my expectations had changed? In both the Johnnie’s and The Hat instances, the bread failed to measure up. While the pastrami itself was fine, the French roll that wrapped it was unappealingly dry. I admit that I can’t underestimate the profound influence that Vietnamese baguettes have had on me since I left Southern California—the bread is an equal partner in defining the best banh mi. With a killer roll, pastrami sandwiches would be equally sublime.

Unfortunately, my complaint hasn’t changed after I got the basic sandwich, simply called House Cured Pastrami (Oinkster Pastrami adds gruyere cheese, caramelized onion and red cabbage slaw). One positive thing I can say is that at least the bread is not simply cut in half. Instead it seems a partially hollowed out roll is wrapped around the substantial portion of meat. The pastrami itself was quite tasty but it was sliced slightly thicker than Oinkster’s competitors in town. (☆☆½)