The first time my wife and I stayed at Sun Mountain Lodge over a decade ago, there were abundant wildflowers on the trails nearby. In spots, they were so profuse that the ground was covered with them. It was an experience that stayed in my memory, one only matched by the wildflower displays on the Big Quilcene trail in Olympic National Forest and in Great Smoky Mountains National Park.

Over a month ago, I planned our current arrival for an estimated peak flower display in mid-May, a few weeks earlier than normal because of this winter’s low snowpack and unseasonably warm weather recently. When we arrived on Monday afternoon, I was a little let down when the receptionist informed me that the flowers had blossomed earlier and the best show was behind us. Not to worry though because there was still plenty to see.

The lodge maintains an extensive network of trails, approximately 40 miles in total, with the help of the Forest Service and other organizations. A free handout of the trail system is available at the front desk, the Activities Center and here. If you plan on taking any of these, the Activities Center is a good source of information, where the staff will tell you where the best wildflower viewing is on any given day.

The Kraule Trail is splendid for breathtaking views of the mountains and valleys that conjure up European alpine scenery.

Because of the relative shade along this trail, I was informed that there would be a better chance to see flowers that haven’t yet begun to disappear, unlike Sunnyside Trail that is mostly exposed to full sun.  The yellow, showy arrowleaf balsamroots were already dying down almost everywhere, but there were plenty of lupines to admire. Aside from these two which comprise the most prolific flowers, there were many less conspicuous, more sparsely scattered ones that revealed themselves if you looked closely. 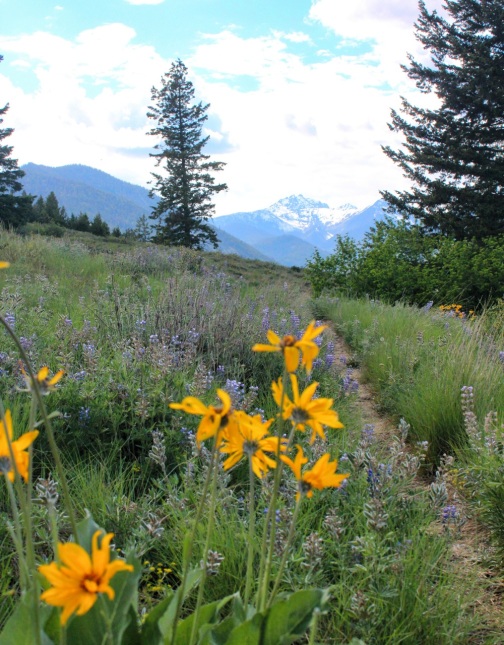 We took Sunnyside early next morning to take advantage of the cooler temperatures. Almost right away, a vast field of meadow death camas greeted us alongside a stand of birch trees. 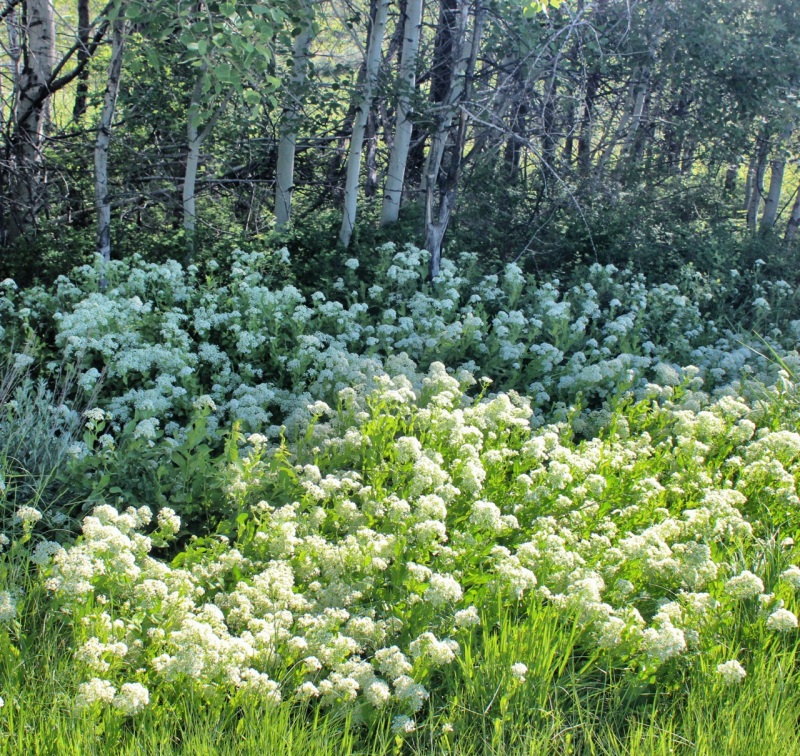 Sunnyside and the parallel View Ridge Trail afford the best view of Patterson Lake. The trail continues for a distance with very few stands of trees, although as we got closer to the Hough Homestead (where outdoor breakfasts or dinners are held during horseback tours), the tree cover population thickened and along with it, scores of dive-bombing mosquitoes. These pests are commonplace in the forested areas here, so repellent or tenacity is advisable. Repellent can be purchased at the Activities Center.

After reaching the Homestead, we turned around and took Yellow Jacket Trail back to the lodge. Without question, this was our favorite; it had more profuse wildflowers than any other trail. Not only were the balsamroots and lupines abundant, not to mention Indian paintbrushes, but we came across small gems like the rare and tiny calypso orchid, no more than 2-3″ tall, and old man’s whiskers, which look like tiny upside-down tulips.

Yellow Jacket connects to Rodeo Trail that skirts the edge of Beaver Pond.

We’ve never taken any of the more challenging trails, but doubtless that the ones at higher elevation, such as Thompson Ridge Road that rises to 3,600ft, would have their own treasures.

The following is a gallery of some of the flowers we saw on all the trails combined. 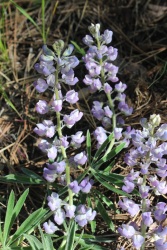 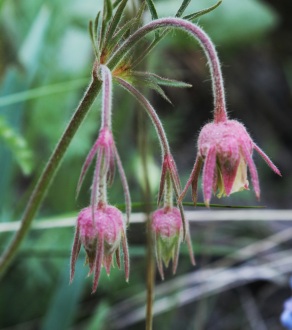 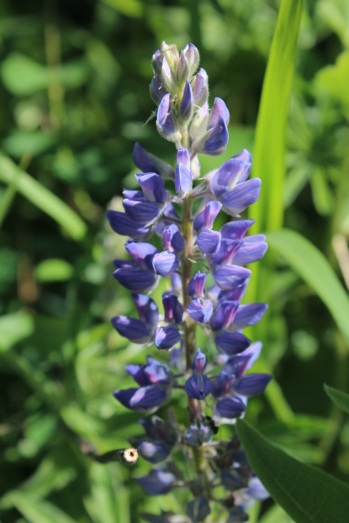 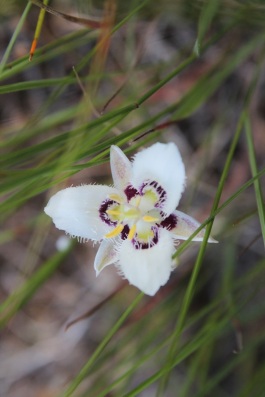 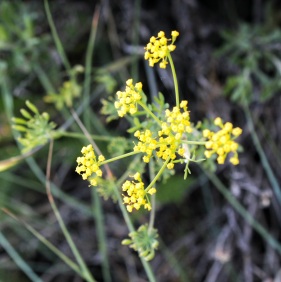 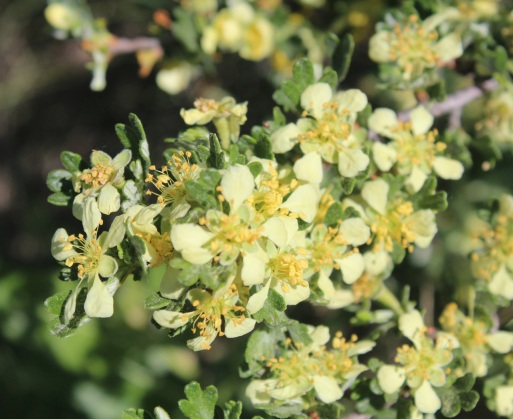 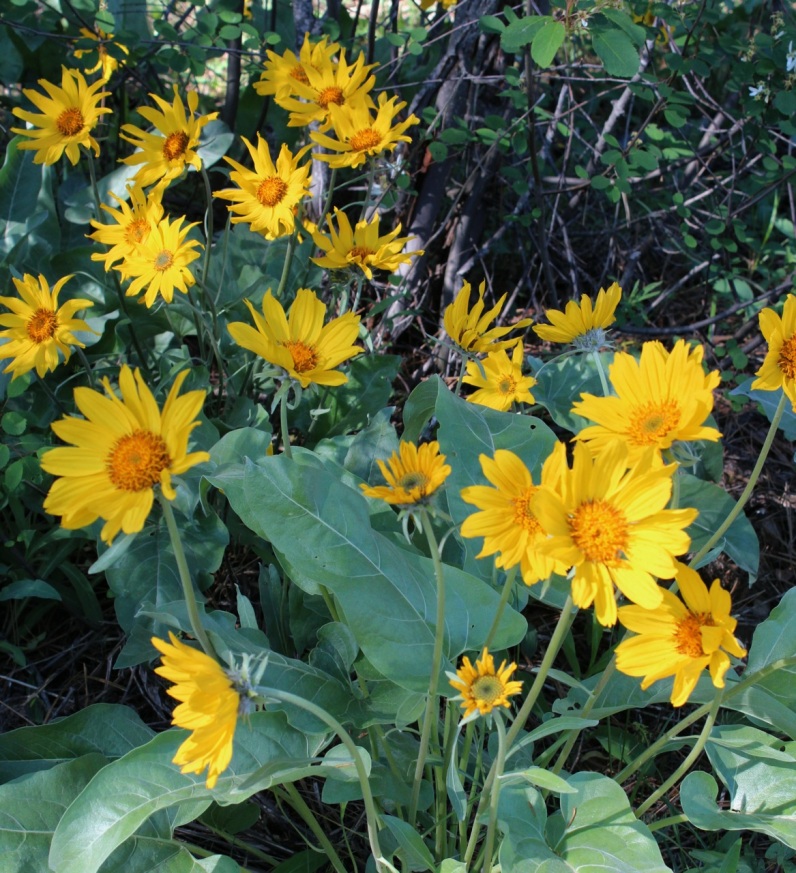 2 thoughts on “The Hiking Trails and Wildflowers Around Sun Mountain Lodge (Winthrop, WA)”