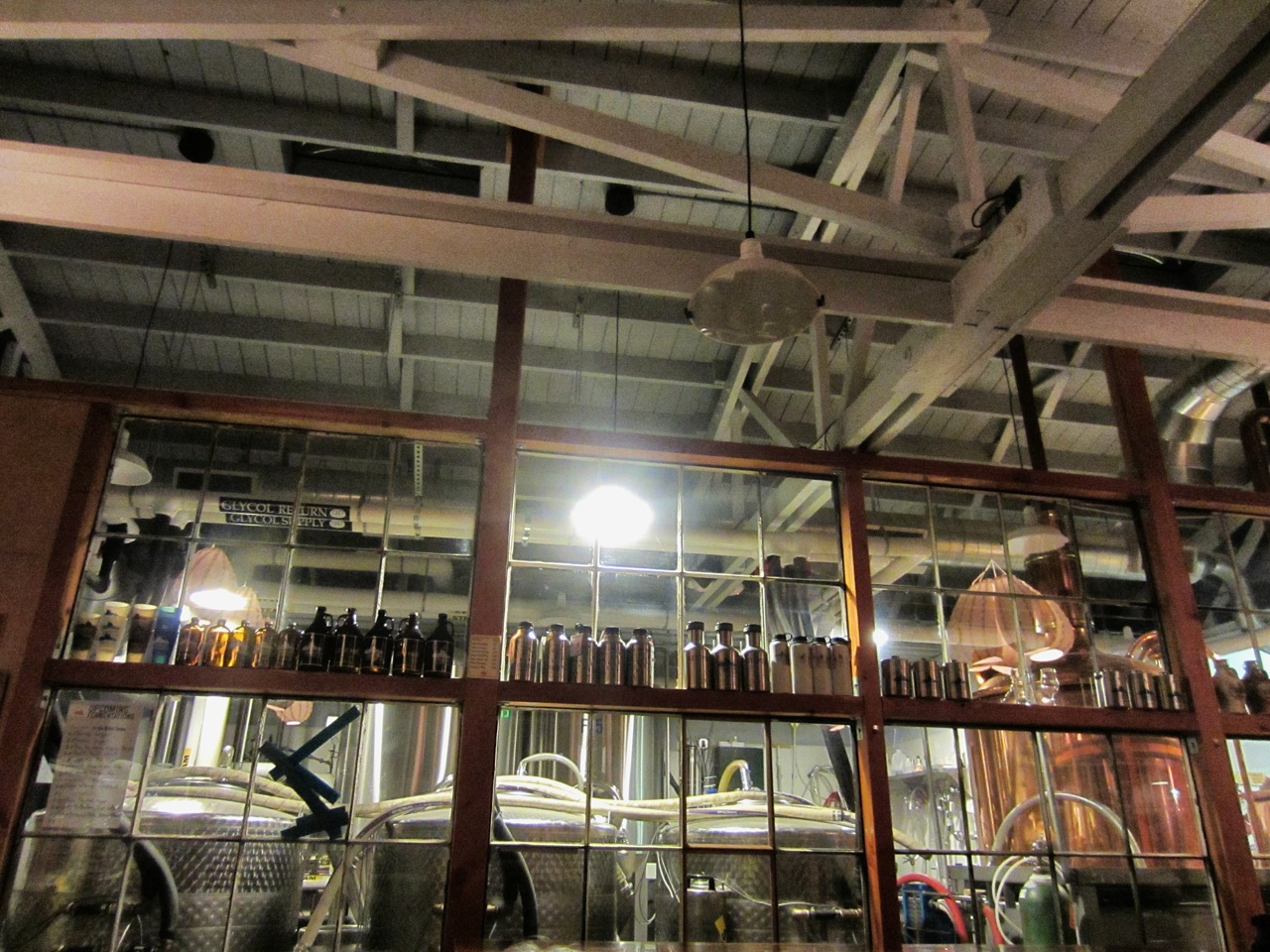 Craft breweries are springing up almost everywhere. The Pacific Northwest has seen its mini-explosion start business only within the last decade. It’s fun when the beer is served in a pub setting, even more so when there are noshes, too. Most of these places are content to sell burgers, fries and pizza, maybe chicken wings. It’s the rare pub that aspires to something more and succeed at it. Better still that its ingredients are sourced locally and has vegetarian and gluten-free options. Enter Falling Sky Brewing and Gastropub in 2011, which has received numerous commendations and a loyal following. In 2013, Falling Sky Pour House & Delicatessen opened with even a larger food menu and questions began to be raised if this could be the best brewpub in all of Oregon, which could tweak Portlanders. Zounds, they even do their own baking, smoking, curing, brining and fermenting.

Finding the place can be a bit tricky, located as it is in an alleyway. The tavern is spacious with communal beer hall tables from which can be seen their huge copper brewing equipment through large glass windows. The current beer list is printed on a blackboard, as are the specials and wine list. Their standard menu is also handed out before you order.

The list of house beers is impressive, covering the gamut of styles, from lagers to IPAs. And, if you have specific preferences about your beer but know nothing about Falling Sky’s offerings, a convenient system of classifying their beers is provided: alcohol percentage (ABV) and bitterness (IBU), which can sort of tell you what to expect. (Falling Sky also supplies a beer’s original gravity, or OG, number.) I had a four-beer flight: Ready to Mingle Belgian Single (4.6% ABV, 19 IBU), Morning After Pils (5.0% ABV, 25 IBU), Dr. Optic Standard Bitter (3.6% ABV, 28 IBU) and Mash Transit Ale (5.8% ABV, 40 IBU), all of which were pretty nice.

As I mentioned, the food menu is taken very seriously. Going through it gives an indication of how serious. For example, appetizers include roasted brussels sprouts with hazelnuts and pretzel sticks. The chicken wings are thankfully not buffaloed but coated in za’atar and honey. One of their favorites is poutine, that Canadian snack of fries topped with gravy and cheese curds. Falling Sky’s gravy is made from mushrooms. Their sandwiches include two vegetarian ones (one of them a burger), a lamb burger and a burger made from grass-fed local beef and served (hallelujah!) medium-rare, which can only be possible when the quality, safety and provenance of the meat can be verified. It would normally be VERY tempting.

But, we weren’t particularly hungry, so we settled for a shared house salad and moules frites, one of tonight’s specials. The salad with lemon-tahini dressing and Belgian-style hand-cut fries were very fine, but the mussels were outstanding (☆☆☆☆). The mollusks were perfectly cooked, meaty and succulent, bathed in a cream sauce with leeks and star anise. No spoon was provided, so both my wife and I polished off the broth with empty mussel shells. It’s tragic that this is not on the regular menu.

Falling Sky’s motto is LET IT POUR, which (aside from being a clever phrase) has significant meaning in this Land of the Ducks. When it rains, a discount is applied to your beer, which happens often.

Count me in for return visits whenever I’m back in town.