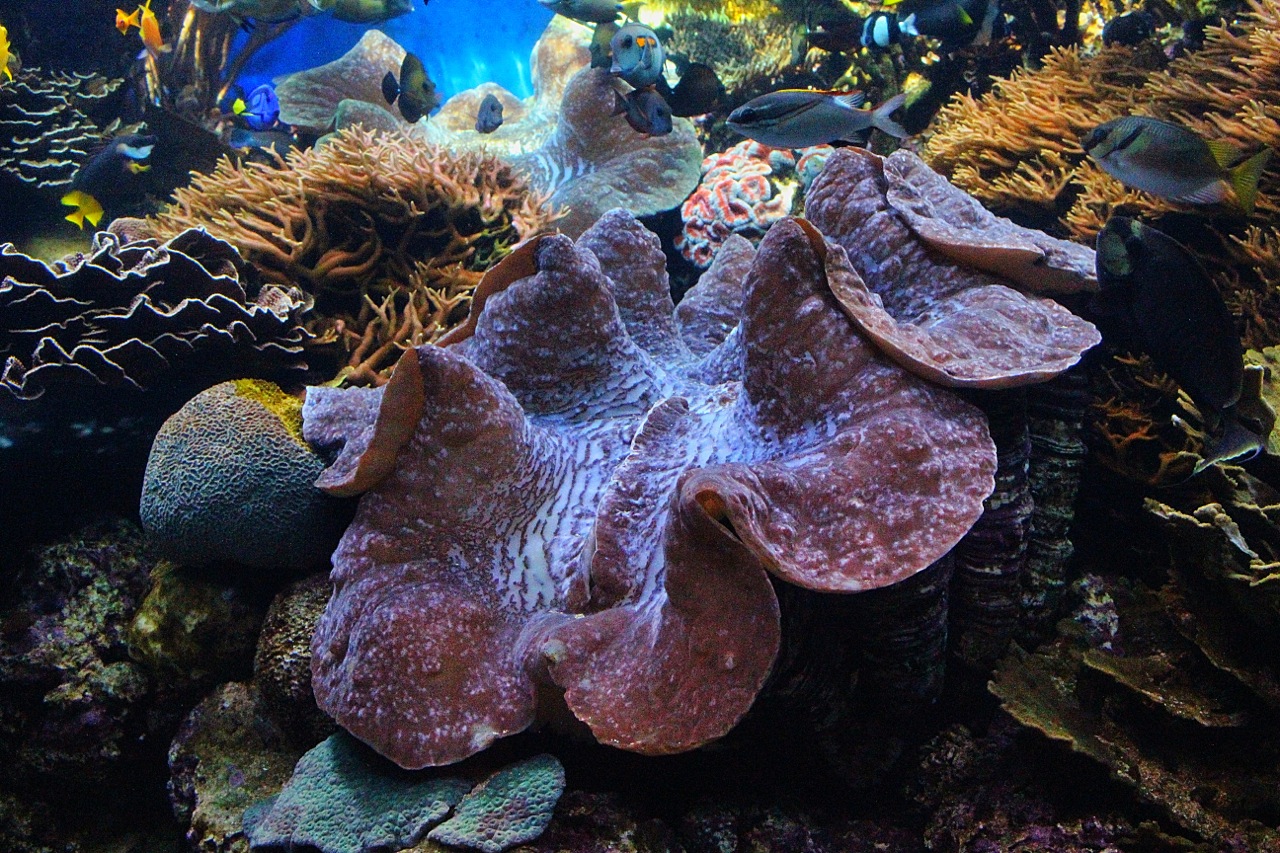 As aquariums go, Honolulu’s in Waikiki may be small, but it is no less interesting than others twice its size. It has several captivating specimens, all of which inhabit the Pacific Ocean. The collection includes several species of giant clams (Tridacna gigas). When I first saw one there, I couldn’t tell it was a clam. I was looking for colossal shells when I should have focused my attention on what was there. All I could see was the beautiful mantle, which is actually a colony of single-celled algae (zooxanthellae) that do the job of feeding the mollusk through photosynthesis. Amazingly, the clams need no additional food to stay alive. The mantle looks like a huge, purplish cloud ear fungus. That these algae can organize themselves into this amazing organism is beyond belief.

Equally splendid was the exhibit for syngnathids, the fish family to which seahorses belong. While seahorses are always fun to watch, other members of the family in tanks were more fascinating, probably because they’re rare. I’d never seen seadragons before. Leafy seadragons look like floating seaweed, which as it happens is part of their camouflage. The species in the aquarium is the weedy seadragon, which is not as “leafy.” Pipefish look like small, colorful cousins of eels with pointed snouts. I may have been witnessing a mating ritual where a pair of them seemed to be involved in a courtship dance.