There are few things more thrilling than standing near a stupendous waterfall. The feeling is almost visceral, mesmerizing. Some people claim that they feel better when standing next to a waterfall, maybe having something to do with the production of enormous amounts of negative ions (oxygen molecules with an extra electron) that research has shown improves mood and rids the air of pollutants.

As our previous visits to Multnomah Falls were under less than ideal weather conditions, we decided at the last minute to take another trip there since there was little chance of rain today. Along the way, we also stopped to see Wahkeena Falls.

After Yosemite Falls, Multnomah Falls just outside Troutdale has been identified by the U. S. Forest Service as the tallest year-round waterfall in the nation. It can easily be reached from the Historic Columbia River Highway, only a half hour outside Portland. A short trail leads to a footbridge from which you can observe the upper falls more closely.

There would not have been such a spectacular attraction were it not for many major lava flows during the area’s geologic history. The devastating Missoula Floods that reshaped much of Washington State did much to create Multnomah’s present form. They ripped away the fractured basalt, leaving behind steep cliffs and cataracts. 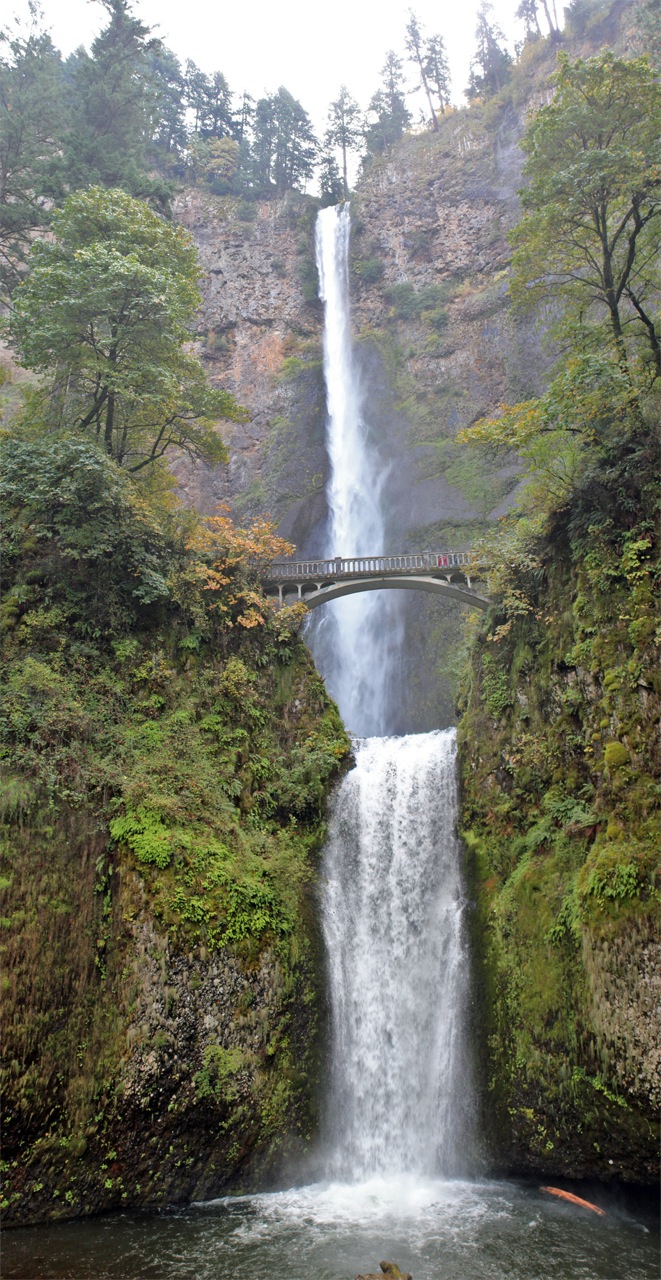