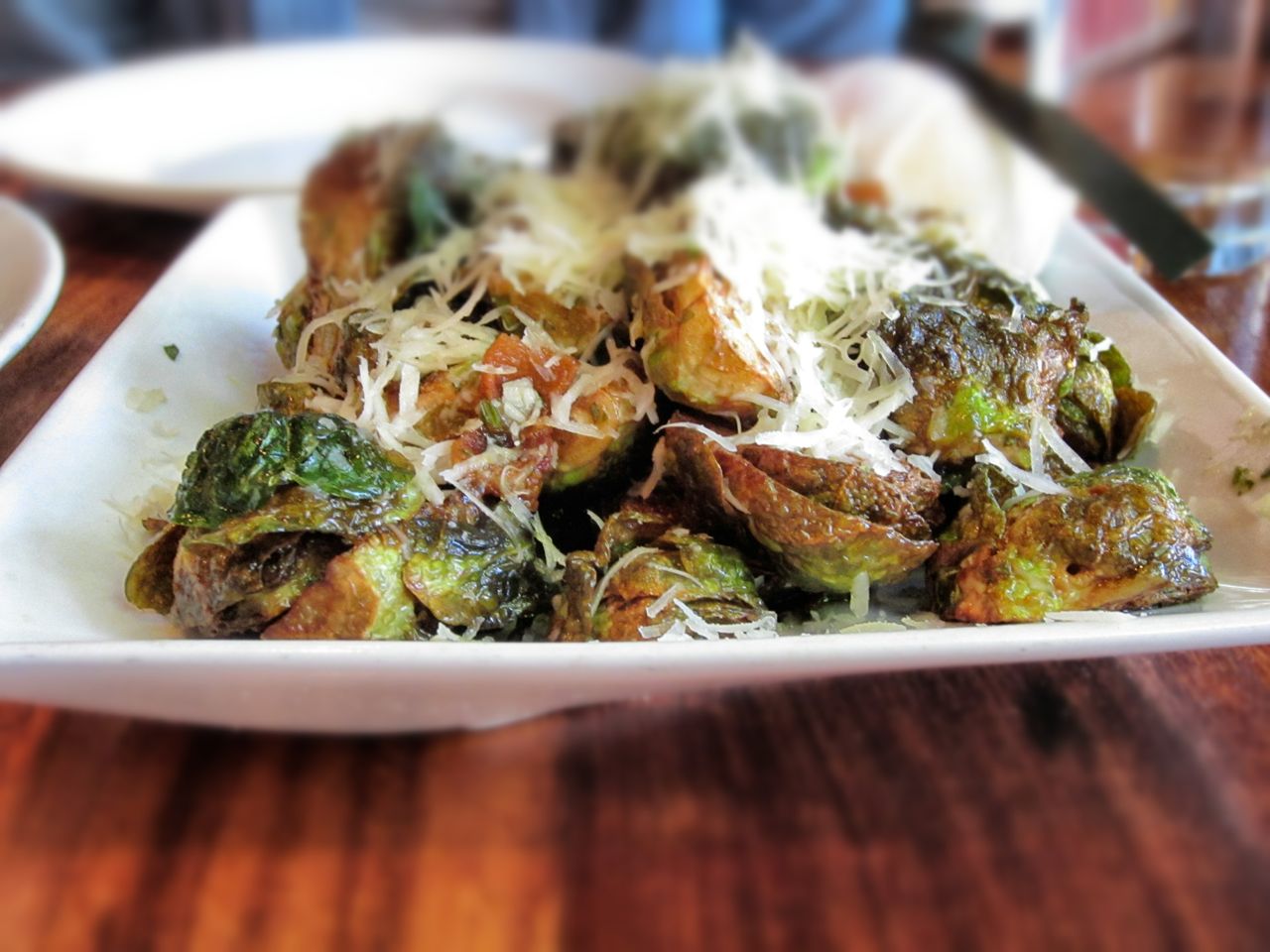 We had hoped to pass through Berkeley at around noontime or so for a quick snack. Visions of a legendary dessert at Bette’s To Go—the chocolate espresso twinkie—played with my mind. This Hostess namesake, a dense chocolate cake filled with espresso cream and enrobed in chocolate icing, landed in the Sterns’ 500 Things to Eat Before It’s Too Late and was featured on NPR. As it turned out however, our arrival in Berkeley was closer to late afternoon. So we modified our plans. We’d have dinner at Bette’s Oceanview Diner (also greatly admired) next door and have the twinkie for dessert. I should’ve done my homework because the restaurant closes at 2:30 every weekday and BTG at 5pm. We barely got through BTG’s door before closing to order a twinkie to-go. What for dinner? The saleslady recommended Zut! across the street.

​Zut! (which literally means “Damn it!” in French) serves food inspired by the Mediterranean. We were too early for dinner which would have begun at 5:30pm, but the restaurant was still serving its afternoon (small plates) menu. Good enough.

The Fried Brussels Sprouts (☆☆☆☆) were outstanding, clearly a signature dish, cooked to a perfect texture, nicely browned and accompanied with bacon bits and shredded Parm. A lemon half was thoughtfully wrapped in a mesh cloth jacket. The juice added the tartness that always seems to complement Brussels sprouts.

I’m usually tempted by hamburgers made with grass-fed beef. The Zut! Burger (☆☆☆) was a very good version with a slice of white cheddar cheese between a ciabatta roll. The fries were exceptionally good, almost upstaging the burger itself.

So, what about the twinkie? It (☆☆) has no resemblance to the Hostess dessert except for an oblong shape. Its chocolate and coffee flavorings are a virtual can’t-miss combination. Was it? Maybe if we had gotten this treat first thing in the morning, but the cake was dry, almost as if it were a day old. If that were indeed the case, then shame on Bette’s. We were not impressed.