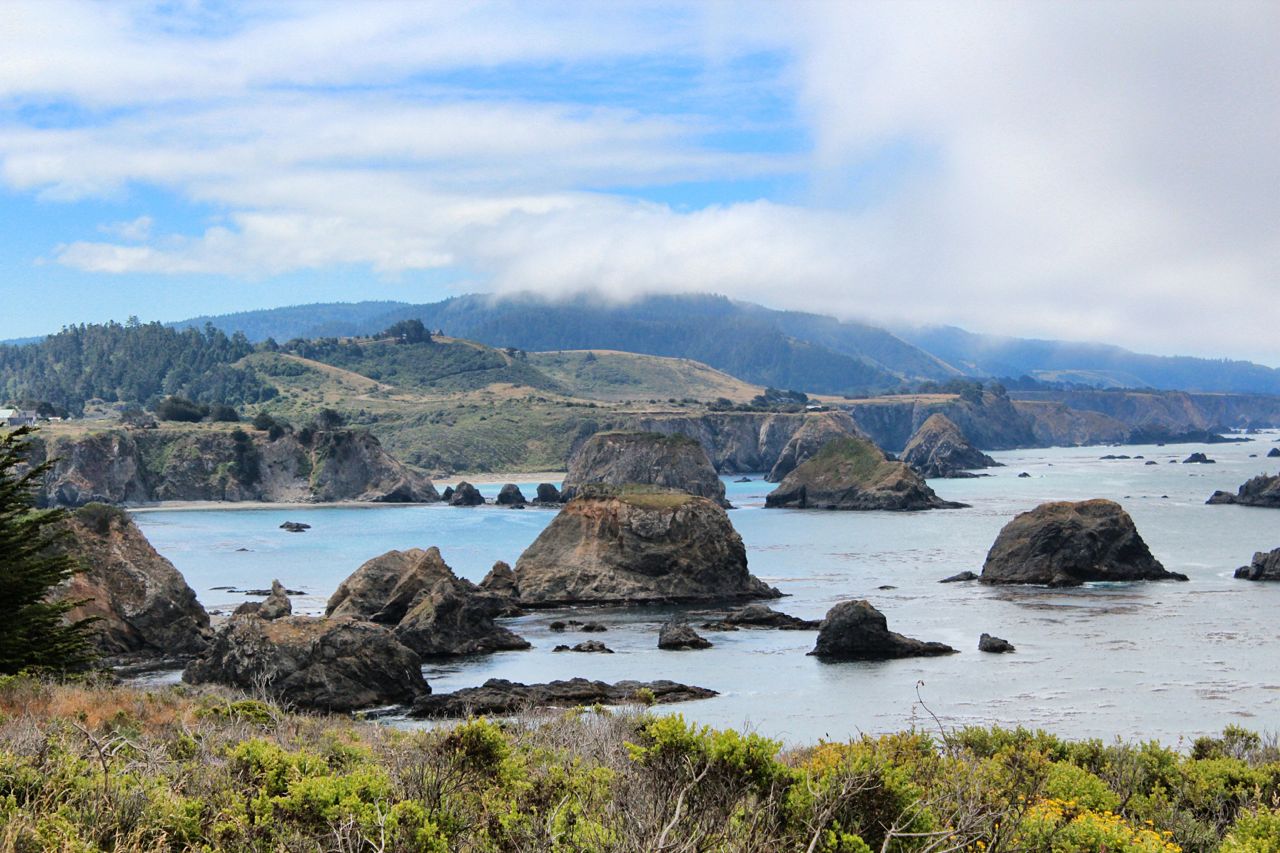 The small town of Elk, CA, population of just over 200, can boast that it has one of the most spectacular collection of sea stacks offshore. To the north on California Highway 1, there is a turnout high above the ocean that offers as dramatic a coastal view as you’ll ever see anywhere. Some of the massive sea stacks can be seen much closer from Elk Cove, which can be reached by a short trail from a parking area in the middle of town. The tide was relatively low so we could approach and enter some of the sea caves in the headland at the cove’s southern end.

In the parking area, we talked to a group of about a half dozen bicyclists who were in the middle of an epic journey that started in Reno and will end up in San Francisco.