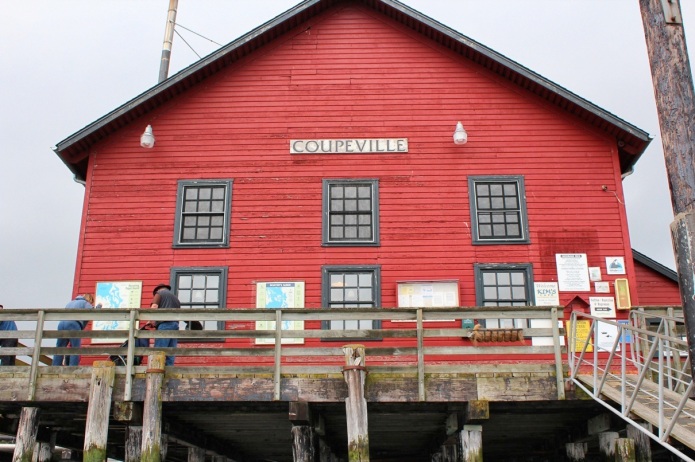 I tend to take for granted the natural bounty we have here in the Pacific Northwest. I’m not alone either. This could be because the Seattle area is a highly developed, urban area where we have become physically and spiritually disconnected from our natural surroundings, here where mountain and sea are close at hand. Unless you spend time in the outdoors—and a significant number of Northwesterners do—you may not know more about what’s around you than anyone poring over the internet.

I digress. This is not a philosophical post but a lead-in to how sometimes it takes just a little effort to learn about a food available in your own backyard. Take the mussel for example, long regarded as garbage food in the West until the Belgians and French popularized them. With friends, we headed up north to Coupeville to be immersed in this bivalve at the annual Penn Cove Musselfest.

Other than stuffing our faces, what did we learn about mussels? The larvae after fertilization float around in the water until they reach 3 weeks of age, at which time they attach themselves to a surface. To assist, they exude a cement and their well-known threads. Once anchored, they never move, continuing to grow in situ. Gastronomically speaking, suffice it to say that favorable conditions in Penn Cove are responsible for the mussels’ sweet and plump meat and rapid growth. 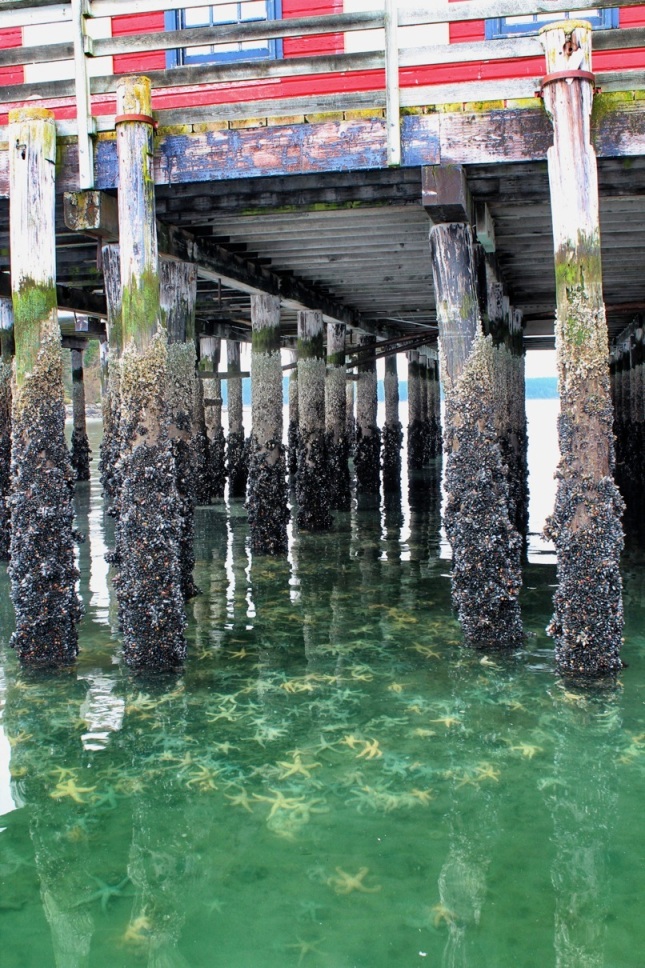 Hungry starfish gather in hordes where mussels are plentiful

The mollusk’s success here is primarily due to the efforts of Penn Cove Shellfish, LLC, a commercial enterprise that farms mussels in the nutrient-rich waters of Penn Cove. We took an hour-long boat tour of the commercial farming operations. We thought that favorable weather would stay with us on our early afternoon tour, but dark clouds moved in, the wind picked up and light precipitation ensued. The tour guide had lots of interesting information to pass along about the mussel and the company’s attempt to supply a growing market. Much of that information is available here.

The pier in Coupeville

Mussels at around 6 months are still rather small

Mussels are grown in socks suspended on ropes from rafts

For some reason, the festival’s organizers hold this event in early March when temperatures are still rather chilly. Never mind the rain, pretty much a given in the Northwest, although today actually started out surprisingly dry. The last time we attended, four years ago, it was freezing and blustery. When the wind picks up, as it did toward the end of our visit, the chill factor really takes effect. Even so, it was an enjoyable outing.

Children here have a blast