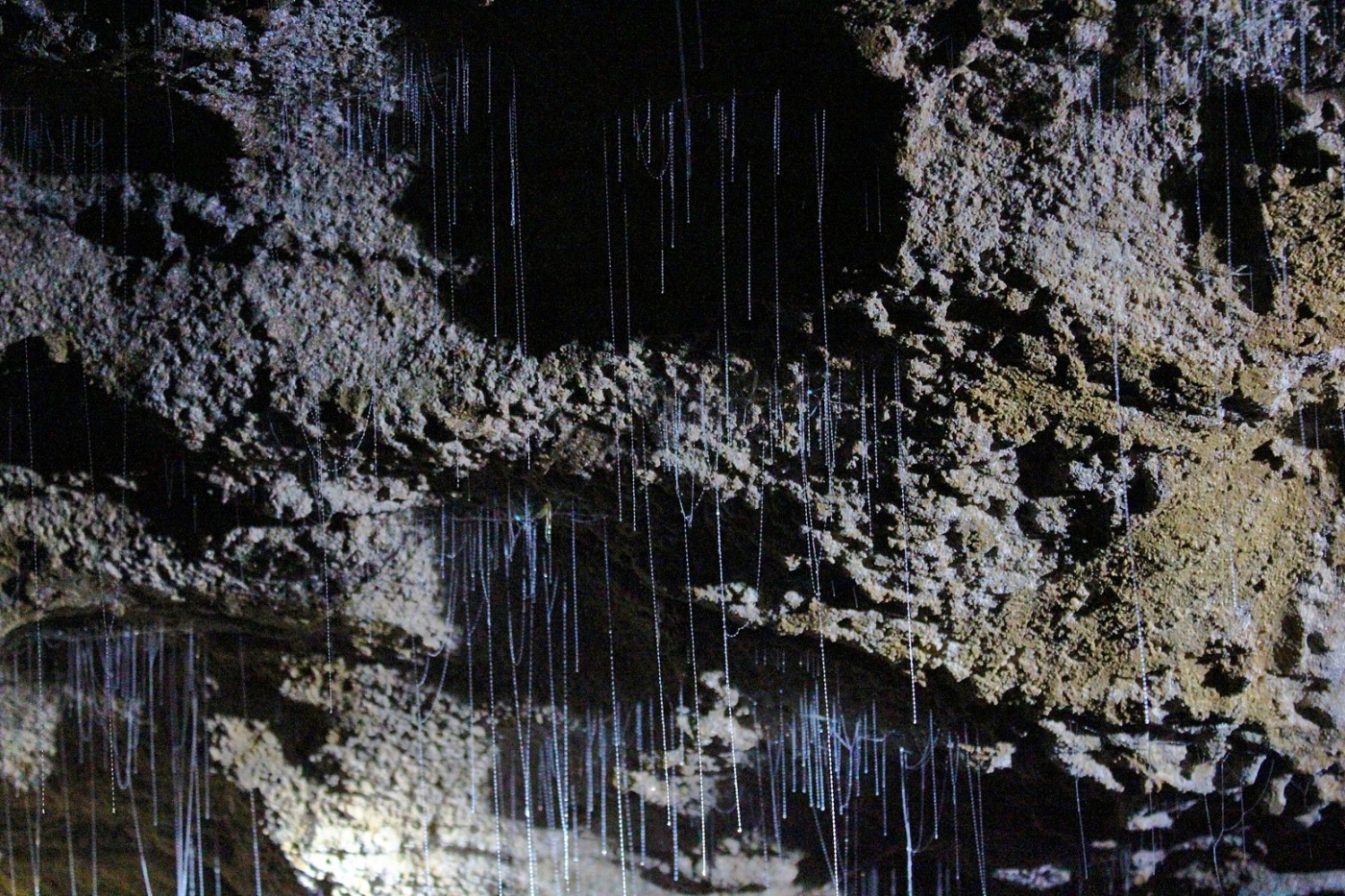 Technically, they are not worms, but rather the larvae of gnats. To snare food, one larva can exude several mucousy threads of silk that suspend from the roof of a cave, sticky enough to trap tiny flying insects. The bioluminescence is thought to attract its prey. New Zealand has made a cottage industry out of glowworms. While glowworms can be seen throughout NZ, the best place is Waitomo Caves in the North Island. Here, the conditions are said to be perfect for their proliferation.

We purchased a combo tour pack: glowworm cave + Ruakuri Cave. In the former, a boat that holds no more than 20 people took us through a tunnel along an underground waterway in complete darkness. Eventually, we reached the cave and saw them suspended on the ceiling like little blue-green lights high above our heads. The tour was short at about 15 minutes, so really you don’t have much time to marvel at them.

The Ruakuri Cave walking tour is different. The best part was being able to look at glowworms up close, at eye-level. Our guide shone a flashlight on them so we could see their diaphanous threads and beads, allowing us to look at them as long as we wanted (see top photo). The walking tour also highlighted many interesting cave decorations (speleotherms), an ancient moa bone, an underground stream, waterfall and petrified scallop shells that indicate that the limestone formations all around were formed in ancient seas.

It’s difficult to take pictures of the worms as points of light against a black background. Besides the technical challenge, the boat tour wouldn’t permit cameras anyway. But on the walking tour, with a flashlight to provide enough illumination, you can take as many pictures as you like.