The full name is Te Whakarewarewatanga O Te Ope Taua A Wahiao, or Whaka for short.

A thermal reserve, Whaka is a showcase for geothermal activity—hot springs, mud pools and geysers. The most famous and largest geyser in NZ, Pohutu, which can reach heights of 40m (130ft), can be seen at a distance from an observation point, but a better vantage would be gained on a visit to neighboring Te Puia instead, though more costly. On our Whaka visit, there was so much steam activity from the intervening pool and inclement weather that the eruption was partially obscured. 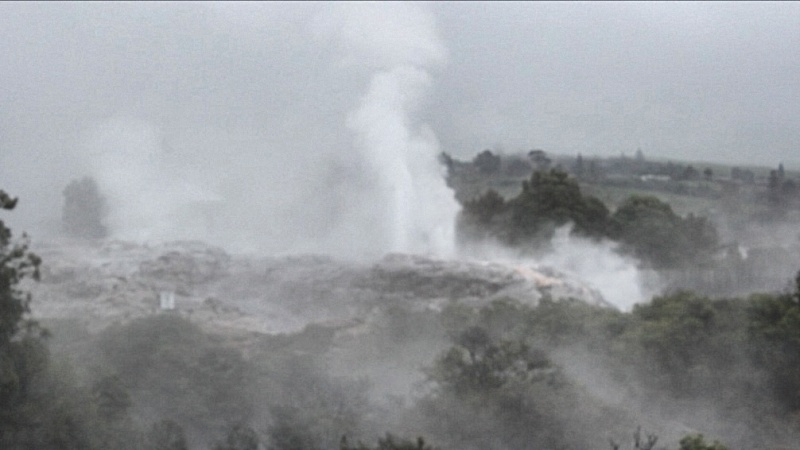 It was a drizzly day with periods of showers, so it wasn’t an ideal day for appreciating the sights. Still, our guide gave us a fascinating tour, focusing more on the day-to-day living of the residents. These included bathing and cooking, the latter employing steam to cook, a variation of traditional pit hangi cooking. Food prepared in this way is available at Ned’s Cafe on site. But because we dropped in close to 3pm, the selection was sparse, so we left.

Our guide removed the lid from a steam hangi box 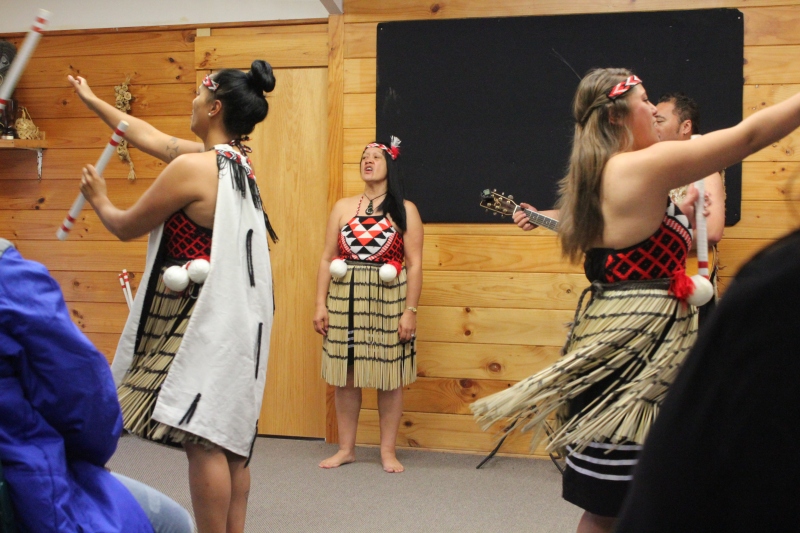 The interesting thing about Whaka is that Maori (specifically, the Tuhourangi and Ngati Wahiao iwis) still live there, much as the Navajo live in two of America’s Southwest attractions: Monument Valley and Canyon de Chelly. On the glum side, there may be evidence that long-term exposure to low levels of hydrogen sulphide gas could have serious health consequences.

In Maori, the “wh” phoneme is pronounced like an “f”. So, while it is always correct to use the “f” sound, one of the exceptions is Whaka, where the “wh” sound is used instead for polite reasons.