Along the long I-40 stretch that cuts through the middle of the Southwest, there aren’t too many notable places to have a nice meal. Lots of little places with good, even great food, but not a sit-down dining experience, complete with ambience, good service and fresh ingredients, with a great cocktail or two thrown in for good measure.

To some food writers, the Turquoise Room at the La Posada Inn in Winslow is regarded as the best restaurant in the Southwest. We’re not ready to make such a claim, our regional experiences so far being extremely limited, but much of this enthusiasm might have to do with its location seemingly in the middle of nowhere, its elegant yet casual Southwest motif, and the fact that it isn’t the typical “joint” that is hugely popular along the Route 66 corridor.

Lunchtime is a terrific way to sample many of TR’s signature dishes at reduced prices. At just past 3 p.m., we had no problem getting immediately seated either, generally a greater challenge at normal dinner hours.

 I highly recommend ordering the cornbread. The lunch menu includes it with every soup or salad, but it can also be ordered a la carté. Here is a masterpiece with quintessential Southwest ingredients: stone-ground cornmeal and mesquite syrup. The cornbread is moist with just enough coarse cornmeal to give it textural interest and topped with butter and a syrup made from mesquite pods. You might be tempted to take some home; the menu encourages take-out orders. 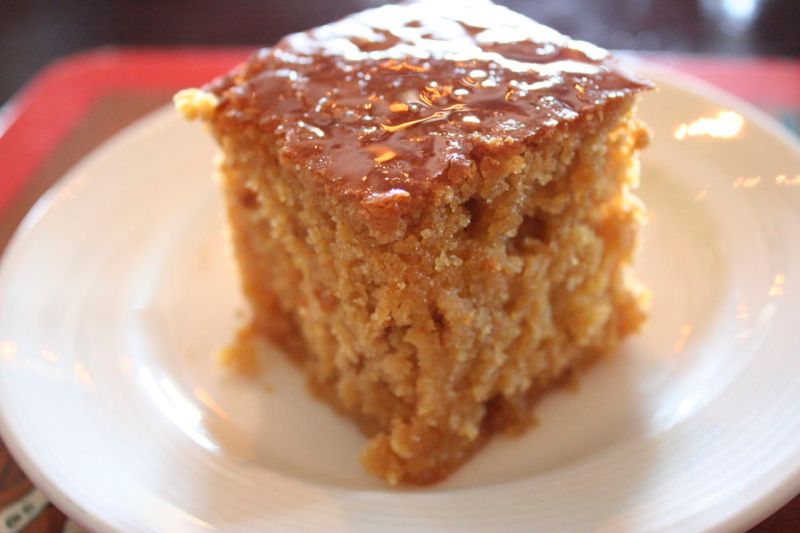  A savory speciality is the pork carnitas with black beans, corn tamale, and green and red chile sauces. The moist shreds of pork are fork-tender, underlain with a spicy red salsa and accompanied by stewed, under-seasoned black beans, freshly made corn tortillas and a sweet corn tamale. A wonderful green chile salsa infused with flecks of meat is served on the side. 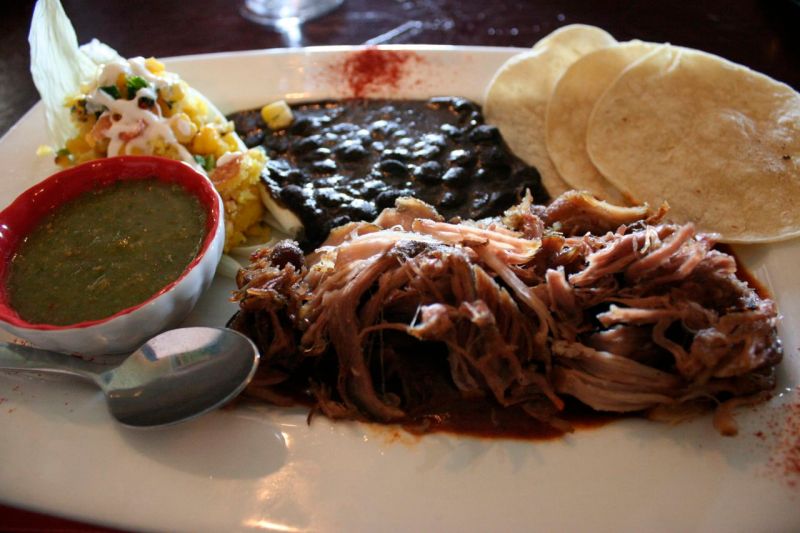  An artistic presentation is the corn and black bean soup, a signature dish taken to its symbolic conclusion with “TR” written with a red chile cream across the half-moons of corn and bean soups. The soup itself was understated, almost unseasoned, with the dominant flavor taken by the creamed corn. We were underwhelmed. The soup was offered as part of a Caesar salad-soup lunch combination, the salad a nod to the Southwest only by the addition of pumpkin seeds. The salad didn’t impress us either. 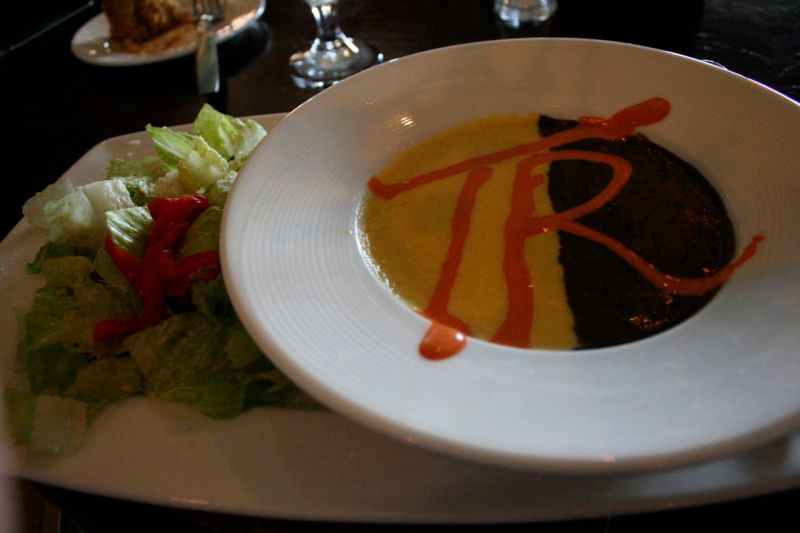  The desserts were wonderful. Prickly pear sorbet were scooped into a thin, tuile-like cup, with a dollop of a dense whipped cream. Prickly pears yield an intense, red huckleberry color to syrups, which form the basis for many Southwestern desserts and margaritas. 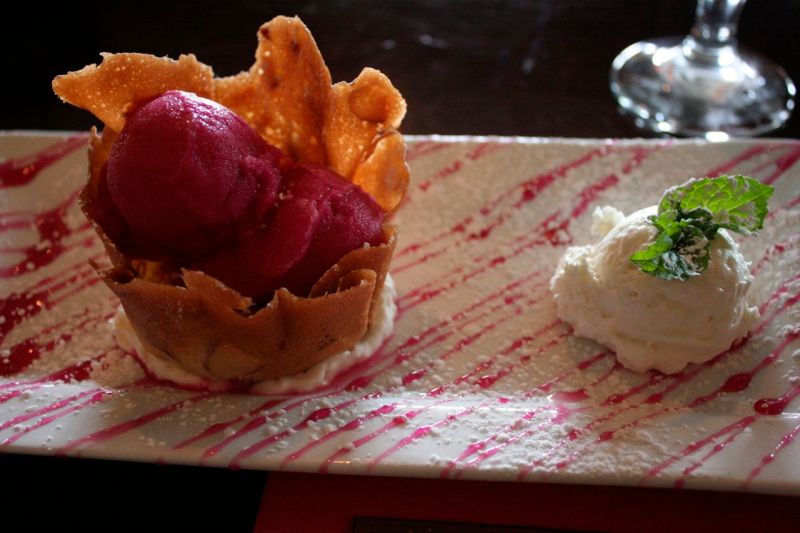  More amazing still was the hazelnut-chocolate brownie, served warm from the oven, along with an outrageous cappuccino gelato and whipped cream. Based on impact alone, we agreed that the desserts were the star of the meal. 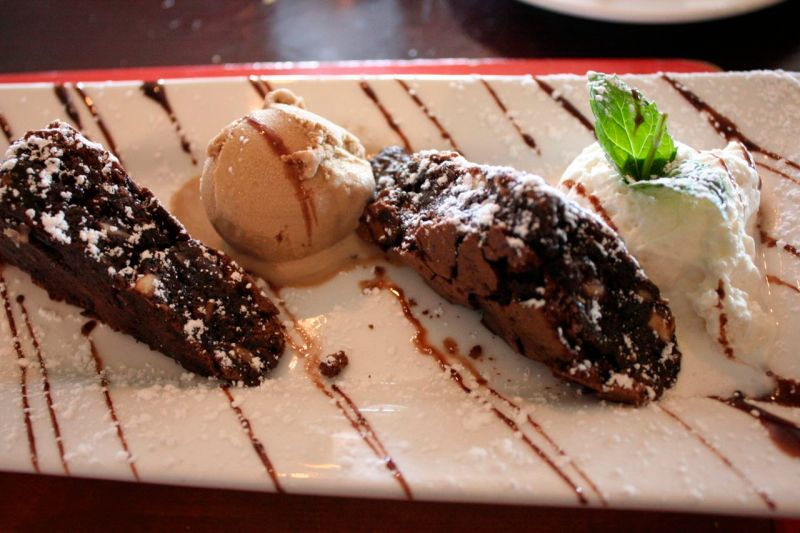