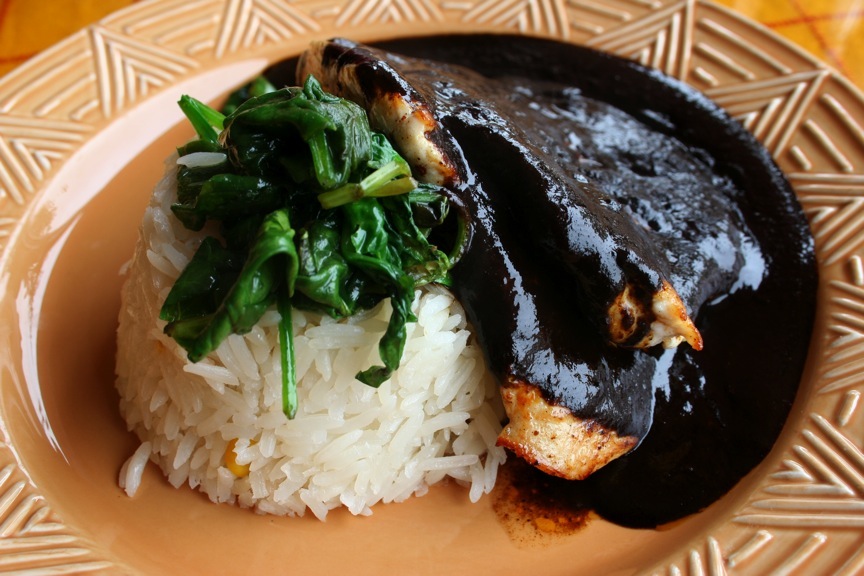 Molés are complex chile sauces, made in Mexico, primarily in Puebla and Oaxaca, that range in many styles. Some of them have a mind-boggling list of ingredients and may take hours to prepare. For me, this is one recipe that’s best left for an experienced cook to make. What better way to sample the many kinds than to go to a restaurant that specializes in them? Some of the best molés in Southern California can be had at Molés La Tia. Its colorful interior and artful presentation of its entreés belie the building’s humble façade.

Rather than molé poblano, which I’ve had many times, I decided to have a different molé called mancha manteles that consists of tomatoes, several kinds of dried chiles, nuts and cinnamon, among other ingredients. The charred chiles lent a nice smoky taste. A friend got the traditional molé negro on chicken. This too was an excellent version that shared the same smokiness from charred dried chiles. The restaurant lets you sample up to three molés before you order. The three we sampled were the mancha manteles, coffee molé (a little too sweet for my taste), and another whose name I can’t recall. The corn tortillas were wonderful, made fresh on the premises, thick and chewy, with great flavor. The salsa was searingly hot though really tasty. All the care and effort to make these molés comes at a price, a steep price. The entrees start at $14 and go up, so it’s not an everyday place to eat.

If you’re a molé lover, you owe it to yourself to dine here. 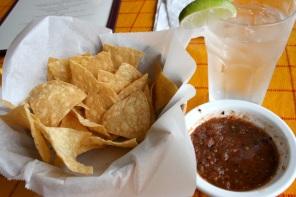 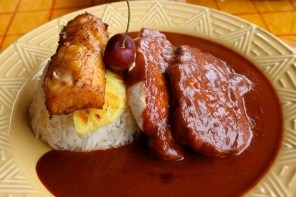