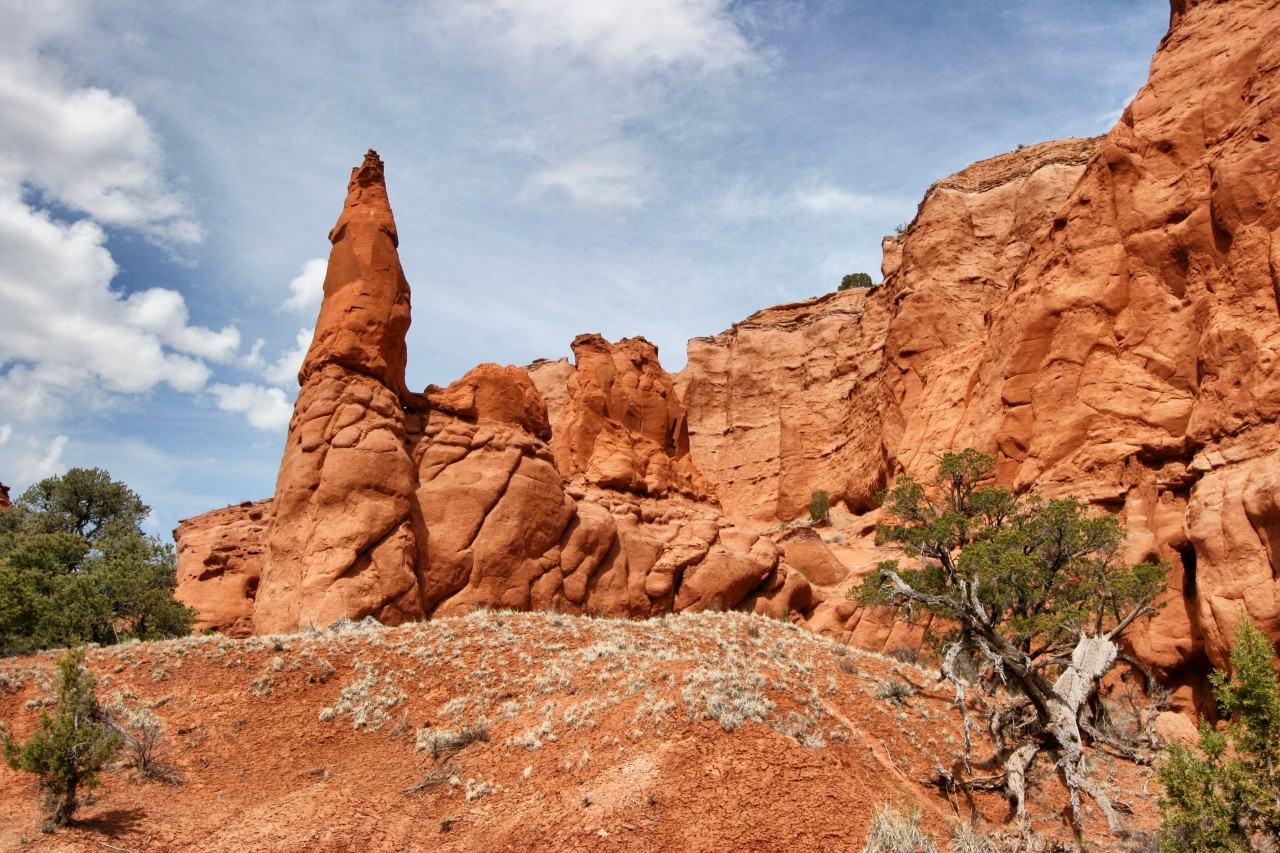 Kodachrome Basin State Park is a curious name. What does a popular slide film from Kodak have to do with a state park? It turns out that in 1949, the National Geographic Society did a story and took photographs of the area and named it after the new film that Kodak introduced. Never mind that Kodak did not sanction the use of the name, but the company officially gave its blessing in the early ’60s. Kodachrome would have been an ideal film to record the scenery for it best captures reds and yellows, colors that are most prominent in the Entrada sandstone that dominates throughout the park.

We stopped here en route to Bryce. about a mile off the Cottonwood Canyon Road, an unpaved thoroughfare that we spent the day driving on that cuts through the heart of Grand Staircase-Escalante National Monument. The state park features over 60 sand pipes or rock chimneys, some as high as 170ft tall, that are believed to be the remnants of sandy slurries that were extruded by extreme pressure through “pipes” in softer overlying sedimentary layers and subsequently hardened. The softer layers surrounding these pipes have long since eroded away and left behind these monoliths. This process took place over millions of years.

The pipes superficially look like hoodoos which are quite common in nearby Bryce Canyon National Park. We spent an hour on the Panorama Trail, one of several in the park where you can get a closer look at these sand pipes. 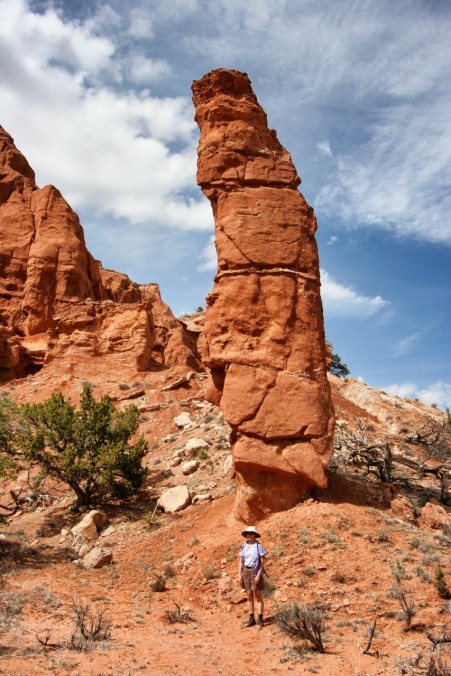