It was our first stop of the day, the tour led by a special guide who later led us through the Roman Forum. Considered the greatest example of ancient Roman engineering, the Colosseum still largely stands in the center of Rome, even after several major earthquakes and the ravages of time took their toll. There were several attempts throughout the Roman period to restore major portions of it, but the Colosseum never regained its original splendor. The structure is significant because of the influence it had on later, even contemporary designs, such as the inclusion of tiered seating and the manner in which spectators were quickly and efficiently seated and evacuated from so large an edifice.

In the Roman era, it seems that the Colosseum was used for entertainment purposes, including gladiatorial combat, recreation of famous battles, animal hunts, theatrical productions and the like. It is even said that there were recreations of naval battles which required the filling of the floor with water. The entire design of the subterranean section below a wooden floor covered with sand consisted of two levels of cages and tunnels that held and ferried not only props but gladiators and animals as well. The hypogeum, as the underground section was called, can still be seen largely intact today. 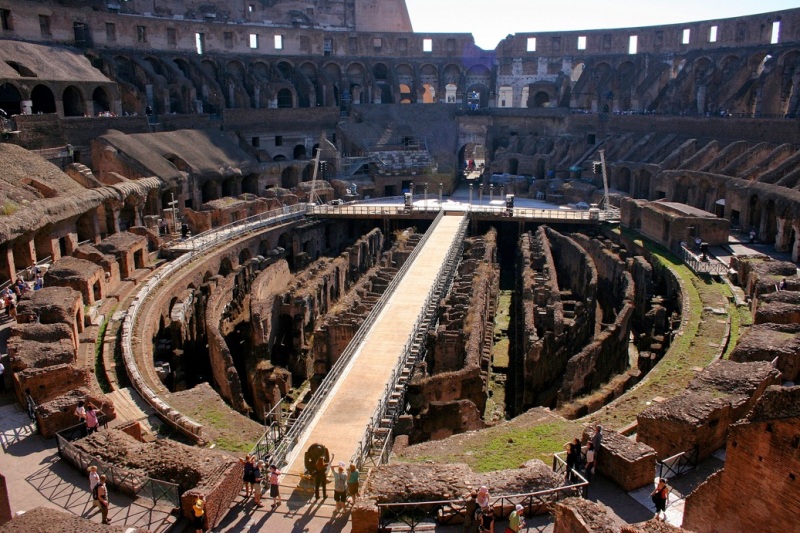 The hypogeum is still largely intact

The different classes of Roman society were segregated among the three seating levels, with the north side reserved for the emperor. The Colosseum is thought to have accommodated up to 50,000 spectators. 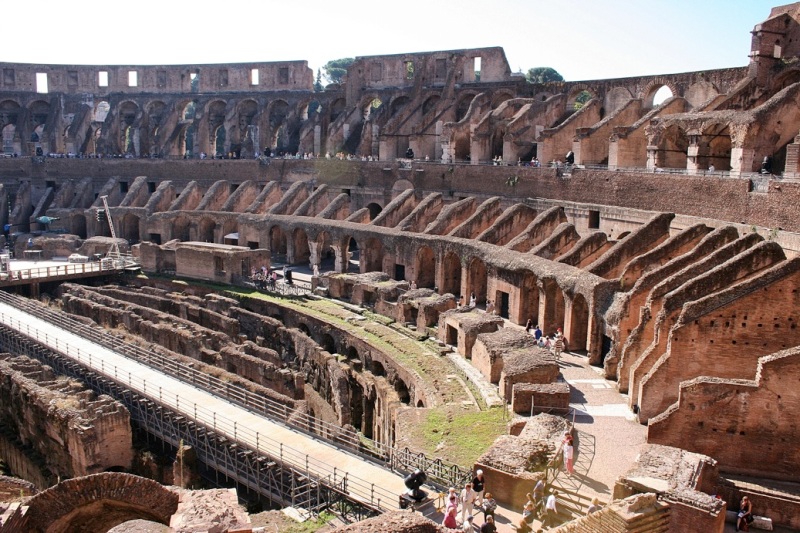 This and other monumental architecture makes you appreciate the accomplishments of ancient peoples.