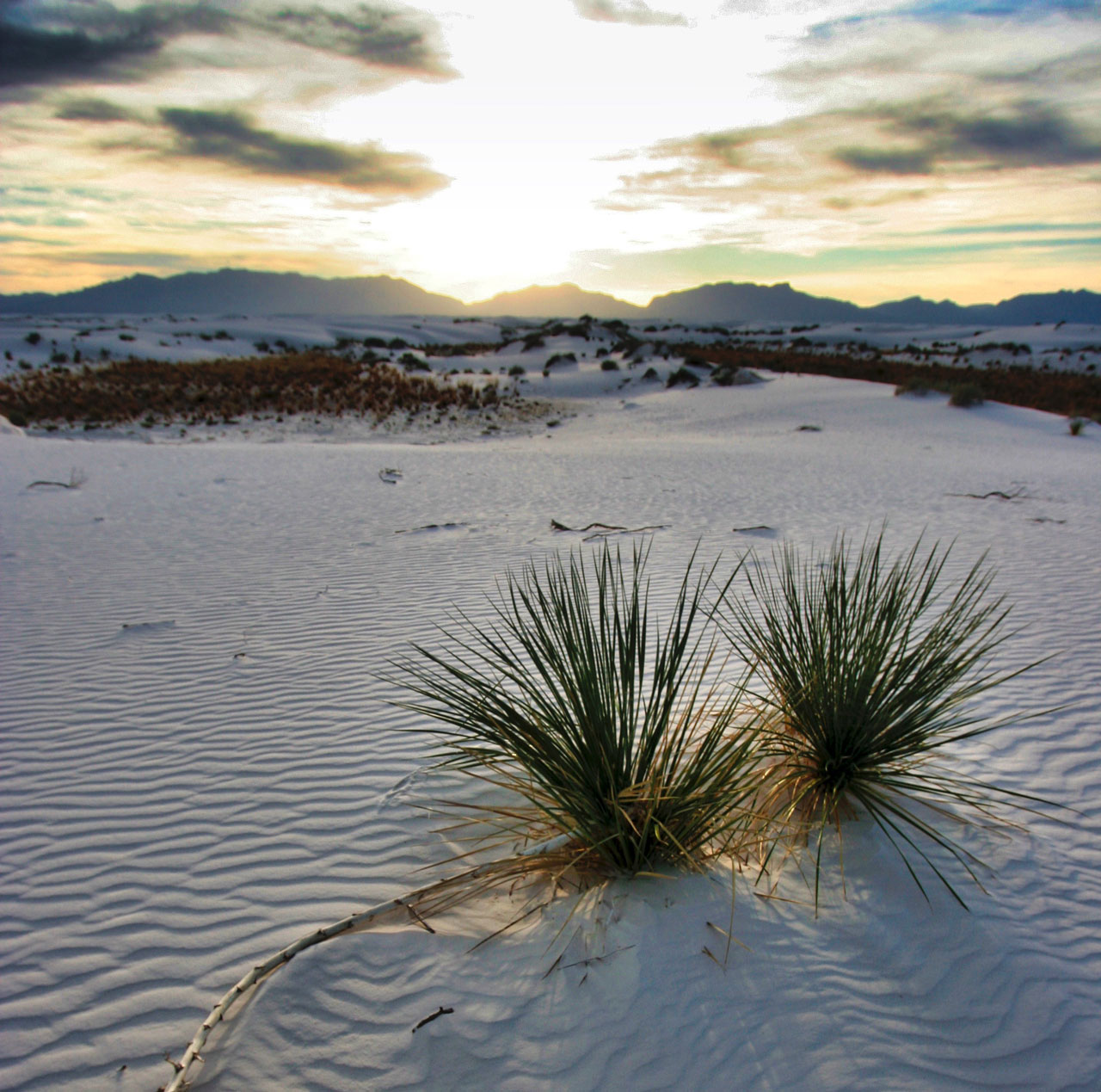 Time was running out to visit White Sands National Monument. The New Mexico Museum of Space History in Alamogordo and nearby pistachio farms took up most of our day. In a few hours, it would soon be dark.

When my wife and I were there in 2011, White Sands was a national monument. Only in January of this year was it made a national park, a designation it’s been trying to get since 1898. In recognition of its new park status, it seems appropriate now to recall our experience there.

There was the remote possibility that we wouldn’t have been able to enter the park. Military tests conducted in the White Sands Missile Range, which completely surrounds White Sands, would have closed off the park.

Going through this part of the Tularosa Basin was a disorienting experience, like being surrounded by snow fields, except the landscape was covered in white dunes composed of fine grains of gypsum.

When we arrived, it was still and quiet, ironic because the area was host to the Trinity site where the first atomic bomb was detonated. Wave patterns on the dunes indicated that winds blew only recently (top image). I stuck my hand into the sand. It was strangely cool to the touch. There was no sighting of animal life except for a darkling beetle that seemed like a perfect target for predators. At the visitor’s center, we signed up for the last ranger-led tour of the day.

The area has the largest gypsum dune field in the world, the ranger pointed out. White Sands preserves more than half of it. The particles come from ancient Lake Lucero to the southwest, a huge drainage basin where considerable amounts of hydrated calcium sulfate (gypsum) were deposited millions of years ago. Winds since have continued to break it apart and grind it up into ever finer grains.

The landscape is harsh where few plants grow. The alkaline, almost barren soil miraculously hasn’t prevented some to adapt.

To survive, the ranger explained, plants sink their roots quickly and deeply into the soil in search of water. One of these is the skunkbush sumac that can bind gypsum to its root system. When the surrounding sand is blown away by winds, what are sometimes left behind are curious mounds called pedestals.

The ranger tour lasted until almost dusk. If nothing else, it was an opportunity for golden hour photography.

Exploring White Sands after sunset is more beautiful still. Like snow, the gypsum fields lighten the landscape well into twilight, a winter scene in summer.

The park closed an hour after sunset. We could easily have spent many hours here, if not a full day.