Yet another Taiwanese restaurant opened recently in Bellevue to join others in the greater Seattle metro area to cater to the significant number of Taiwanese-American residents. With Facing East, MonGa, Dough Zone and Din Tai Fung already attracting the faithful on the Eastside, it’s become a bit more difficult for newbies to break in. HardWok Cafe does an admirable enough job with food. However, since its opening last August, a nagging problem seems to persist with service, an unforgivable management lapse after a half year of operation. The emphasis here is on popular street food with smaller portion sizes to match, clearly a format for diners to share plates.

The day before, friend DesM enjoyed a very good Beef Noodle Soup (and atrocious service, the details of which I won’t go into because they’re laughable). Both he and I decided to put our appetites together and order family-style. The results were mixed. Today, the service was fine.

Though the presentation looked promising, Taiwanese Style Rice Noodle with Meat Sauce was bland. By way of comparison, the version at another Taiwanese restaurant, Kung Ho, in the Factoria area is much more savory.

Similar in shape to triangular nigiri, Pork Sticky Rice was for me a revelation, the inside filled with savory pork, shiitake and peanuts, the glutinous rice enclosure draped with a kind of gravy.

Pork and Cabbage Dumplings were tasty enough, but for my money I much prefer to have stuffed pork dumplings in the form of xiao long bao, which HardWok also offers.

The best dish was a terrific example of mala in which a sauce or broth is peppery and quite spicy. Spicy Mala Beef mostly had various kinds of fish cake, served with a bowl of sesame-sprinkled rice. A small amount of rice in a separate bowl helped to temper a scoop of the fiery soup ladled over it; still there was plenty of nose-blowing.

Service issues aside, HardWok Cafe is worth a return visit to explore its extensive Taiwanese menu. There is no shortage of dessert items, including boba milk (bubble tea) and shaved ice that are so popular in Taiwan. One that caught my eye, if for no other reason than its monumental size and impressive presentation, is the honey toast that comes with a variety of fillings. Imagine a loaf of hollowed out, toasted sweetened bread, refilled with toasted squares of the inside, topped with fruit, ice cream, whipped cream and syrups, and you get an idea why many patrons save room for this extravagance. 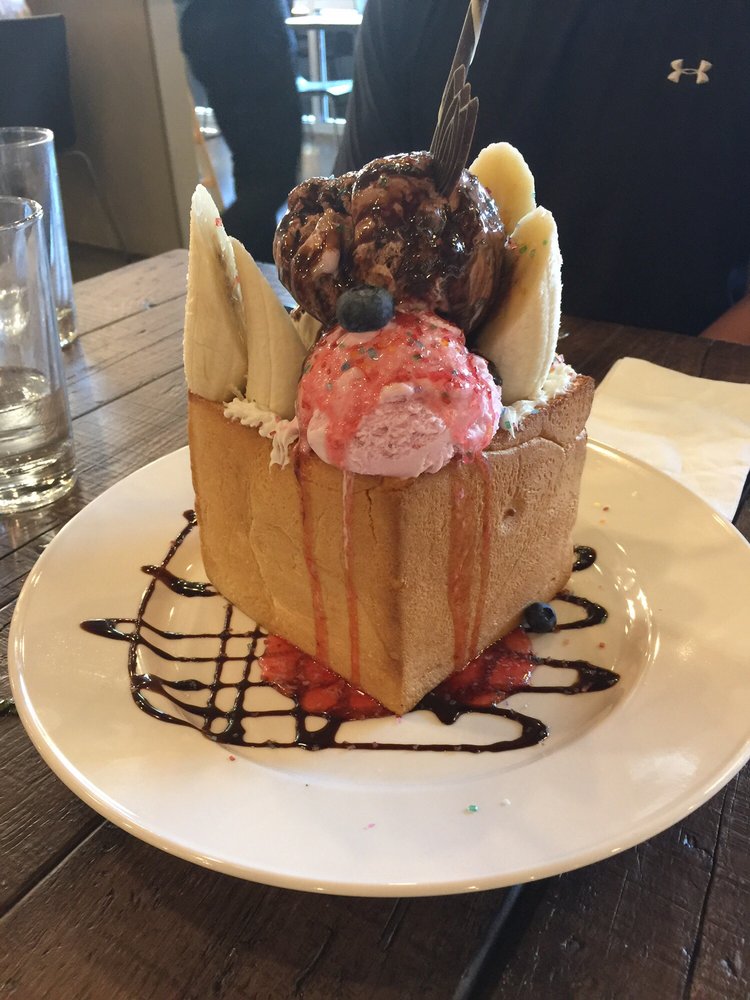