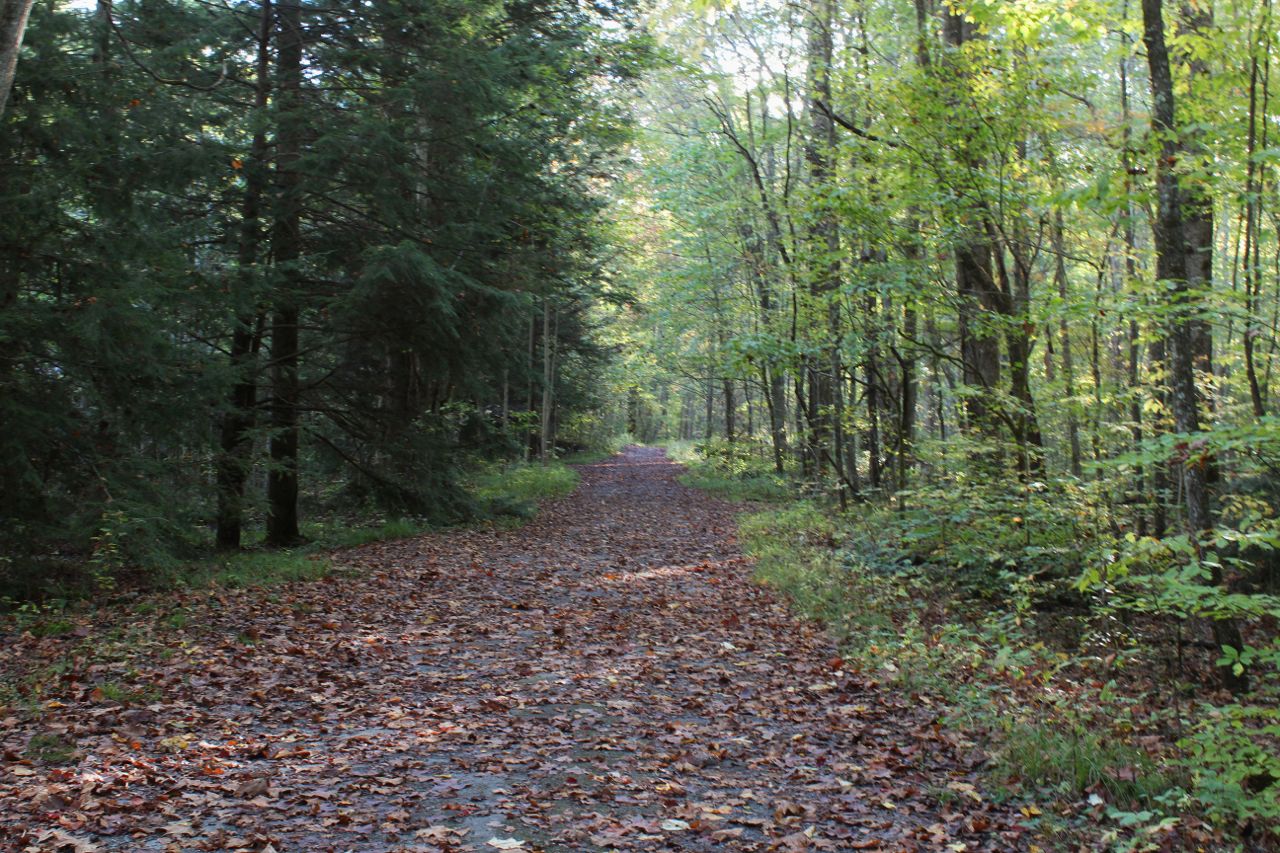 Hurricane Joaquin was whipping up chaos along the lower Atlantic coast. As of last week, forecasts predicted heavy rainstorms, including inundation of the Great Smokies where we were headed. Plans we had for hiking around the Gatlinburg area of Tennessee hung in the balance as we contemplated our next move from the relative calm of Nashville. Suddenly, the prediction for Gatlinburg improved—occasional showers. We decided to go ahead with the original plan.

My wife’s cousin and her husband, whom I’ll collectively call JnJ, met us in Gatlinburg. Wonderful for us because, having taken many a hike in the Smokies, they took us to several of their favorite spots.

At 6643ft, the highest point in the Smokies (and Tennessee) is Clingmans Dome. You can hike to it as part of the Appalachian Trail or from other trails within the park. For most people, it’s a “mere” half-mile from a parking lot. JnJ warned us that it’s not a sure bet to get a clear view of the surrounding area from Clingmans, which frequently is shrouded in the blue mist or fog for which the Smokies are famous. The afternoon that we went was no exception. The mist got heavier as we climbed higher. That wasn’t the only obstacle. I quickly got winded along the way, because of the high altitude and punishing grade (average 13%). The 45-foot observation tower at the summit is reached by a curving ramp that describes a giant arc. It straddles the border between Tennessee and North Carolina. Unfortunately, what surely is visible is the severe ecological damage done to Fraser firs by a non-native insect (balsam woolly adelgid). It’s hard to miss the trees’ ghostly remains.

On the way down, there was enough of a clearing through the fog for a brilliant sunset, framed by the distant mountains and clouds.

The most popular hike in the park is the Laurel Falls Trail. It’s so popular that the chance of finding a parking space in the trailhead lot will be almost impossible if you don’t arrive by mid-morning. Paved though uneven over its 1¼-mile distance, the trail is accessible for most anyone. Along the way, the last of the season’s wildflowers were in bloom— purple asters and gentians. The big payoff is arguably the park’s most beautiful waterfall, Laurel Falls. Lots of other people were already there when we arrived. Like us, they were admiring the upper part of the falls. The waters tumble over a broad rocky terrace into a wide pool that, on the other side of a foot bridge, drains over a ledge to become the fall’s lower portion.

The best was saved for last. Another of JnJ’s favorite hikes is the Little River Trail, near the Elkmont campground. It first passes by long-vacated resort cottages. Because of their deterioration, they’re currently off limits to the public. The Park Service plans to restore them at some point.

The trail parallels the Little River for roughly 5.5 miles. The course is flat and wide over quite a distance, making for an extremely easy walk. Because of the sheer number of boulders in the river, there is an endless number of whitewater activity, pools and mini-waterfalls. We saw two men fly-fishing in the river. Even if peak wildflower season had long gone, the trail was gorgeous nonetheless, passing through magnificent stands of hardwood trees, the silence only interrupted by babbling river sounds and our own conversations.

Filtered light in this or any forest is mysterious, almost mystical. There is a solitude and quiet here removed from the bustle of nearby Gatlinburg.

We made it to Huskey Branch Falls before turning back. The vantage point in the image below required clambering uphill from the trail over very slippery rocks. I lost my footing partway up and have lacerations on my arm as reward.