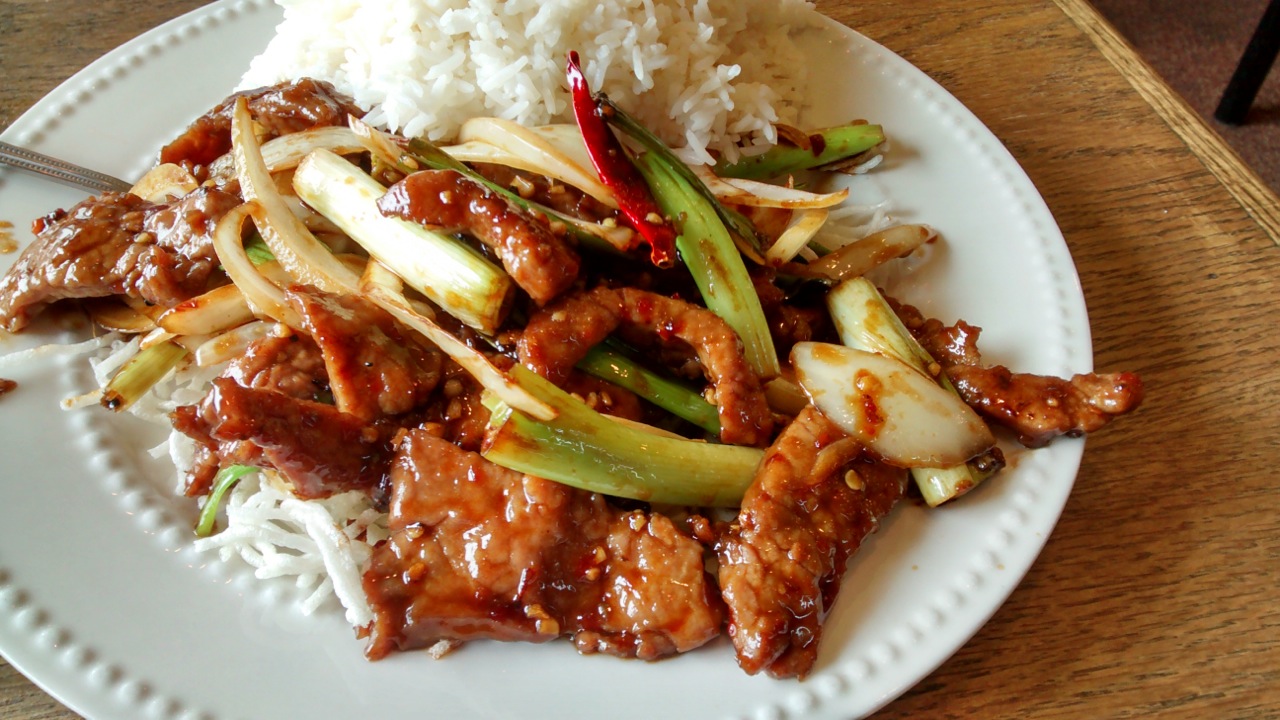 I’ve been a fan of Mongolian beef ever since the first time I had it at Hunan Restaurant (long since shuttered) in Seattle’s Rainier Valley neighborhood. Thin slices of beef, green onions and dried red chiles, tossed in a sweet-savory sauce, all scooped on top of fried cellophane noodles (saifun), was a combination I had never tasted before but took an immediate liking to. Since Hunan’s closure, I was always on the lookout for equally good versions. The problem was that the dish at most restaurants had been cloyingly sweet, making me wonder if Chinese chefs resignedly capitulated to American tastes by adding too much sugar.

After an errand,  I was in the neighborhood of King’s Chinese Restaurant. Mongolian beef was at the top of the lunch menu. That settled it for me.

The complimentary hot and sour soup was a very good version, properly tart and peppery, with the surprising addition of finely minced fresh red chiles, rather than dried red pepper flakes, for added heat. 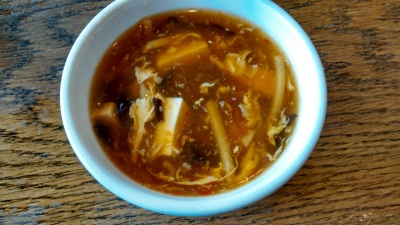 The first impression when the entrée arrived was not the rather large slices of beef but their thickness, about 3⁄8“. This might have been a problem if the pieces had been chewy but a common Chinese kitchen technique of velveting ensured tenderness. Even so, it required a little work only to take small bites. Everything else was pretty spot on, from the pungency of the scallions and onions, flavorful brown sauce that was a touch sweeter than it needed to be, underlying spiciness from the dried chiles and fluffy bed of crispy cellophane noodles. If it weren’t for the meat issue, this Mongolian beef (☆☆☆½) almost measured up to Hunan’s.