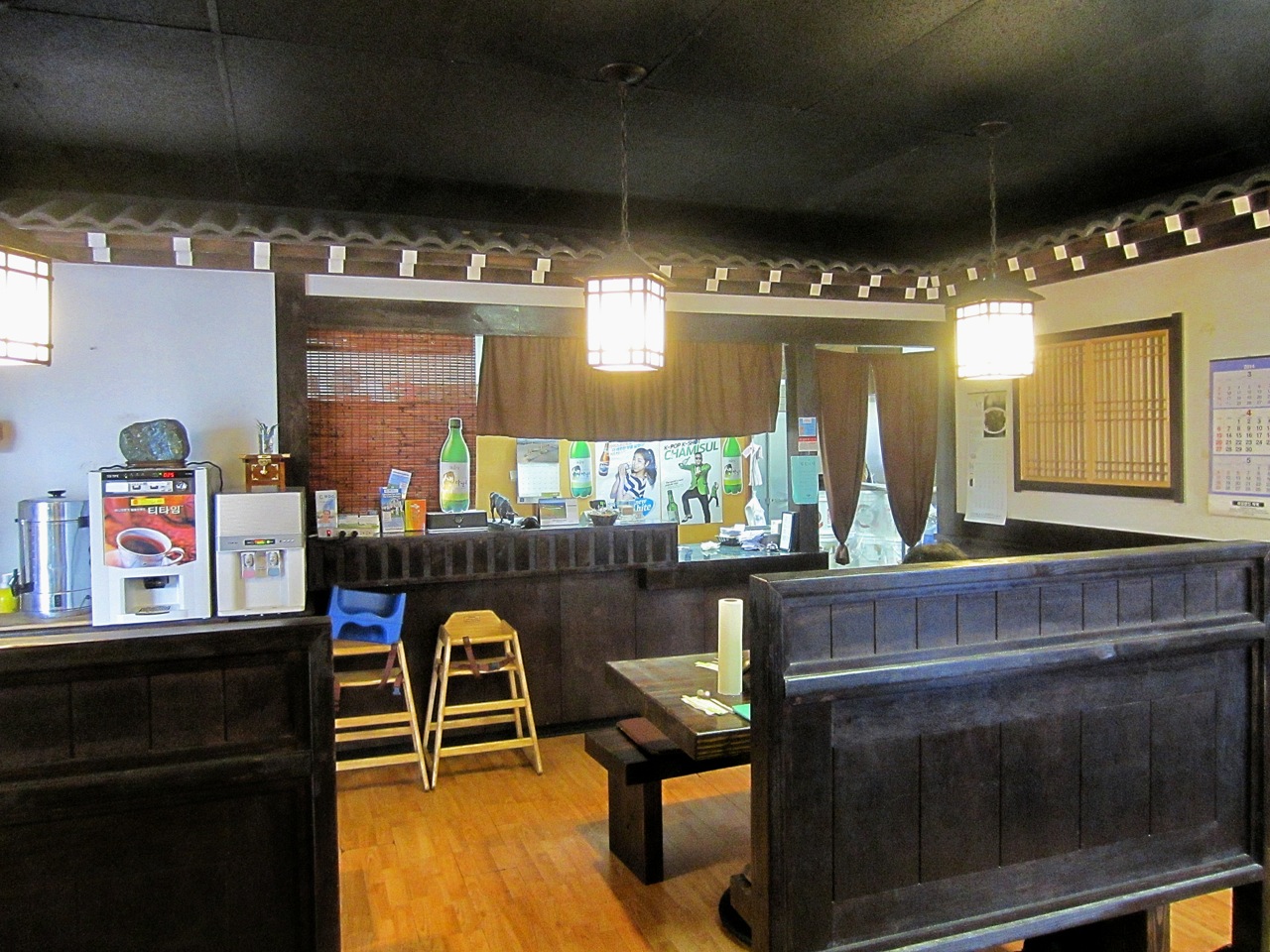 No, the title of this post is not a subject line but the actual name of the restaurant that serves seolleongtang, or ox-tail soup. It’s an indication that the Korean dining scene, at least in Federal Way (and Lynnwood), has matured to the point where a restaurant can specialize in one or two things. K-Town in Los Angeles especially comes to mind.

Located across the street from H-Mart, Traditional Korean Beef Soup (henceforth, TKBS) is tucked away in a strip mall, difficult to spot as you’re driving along divided Pacific Highway South, difficult to get to if you’re pointed in the wrong direction (south) on the other side of the divider. We had to make a U-turn at S 320th and, having failed to spot the restaurant the first time, go around the block, until we spotted the storefront.

As soon as we entered, a comforting savory aroma greeted us. Every table already had a menu, a roll of paper towels and an earthenware jar filled with coarse salt. The lone waitress there hardly spoke English, so there was much menu pointing to convey our choices. There are four choices of seolleongtang: beef brisket, tongue, mixed (cartilage, tendon and tripe) and cartilage & tendon. You also have the choice between white or clear noodles.

Our beef brisket soup came bubbling in a dolsot (stone bowl), looking for all the world like Japanese okayu with a similar milky liquid. One sip of the broth was also like okayu—namely, very bland—which is exactly what I expected from reading the reviews. Instead of rice providing the milkiness, seolleongtang’s comes from simmering ox leg bones for many hours. Whether TKBS actually uses ox bones (or beef bones instead), I can’t say. I only wonder because oxen are not very common in the U. S. 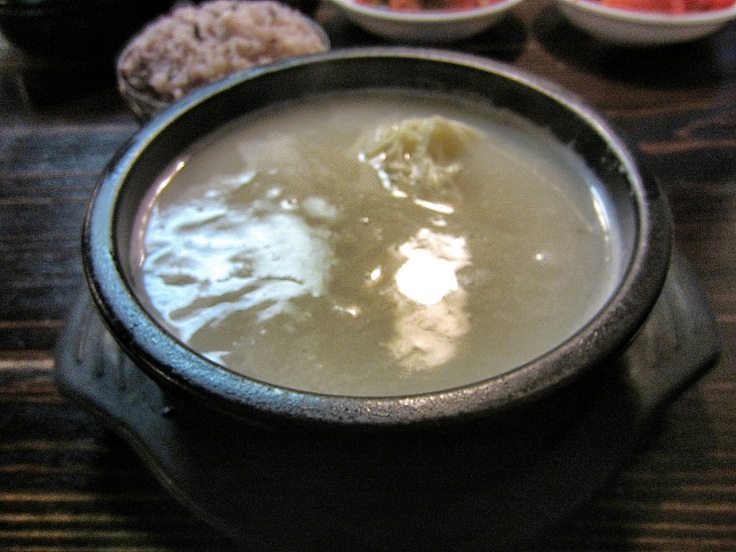 The idea is for the diner to season the soup according to taste. Coarse salt from the jar is the beginning. Black pepper can also be added. Served simultaneously as the soup are a bowl of sliced green onions, kochujang paste and baechu (nappa cabbage) and kkakdugi (daikon) kimchis. Any and all of these can be stirred into the soup, not to mention the purple or white rice that comes with the meal.

By the time I was done adding, mine had a bright orange-red color. 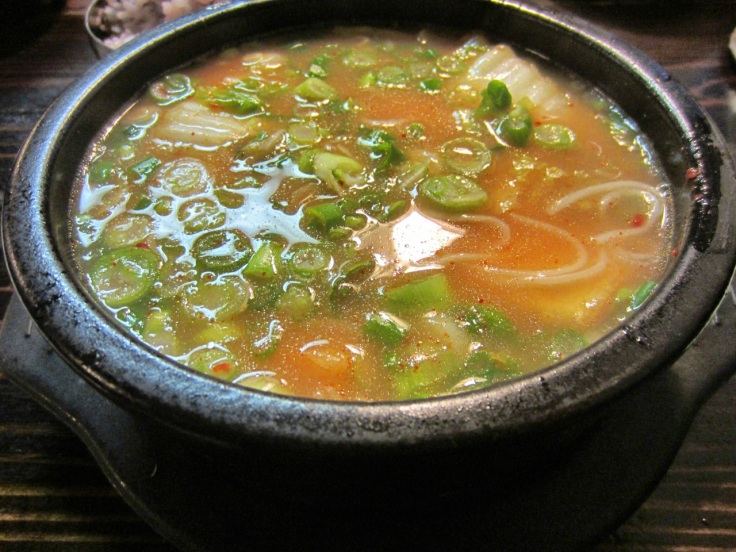 Slices of brisket were very tender. After all that, the soup was less bland, spicier, saltier (☆☆½). It’s one of those food items that one likely appreciates more after having grown up with it. I must say though that TKBS’ kkakdugi (☆☆☆☆) is the tastiest we’ve ever had, a standard now against which to compare others.