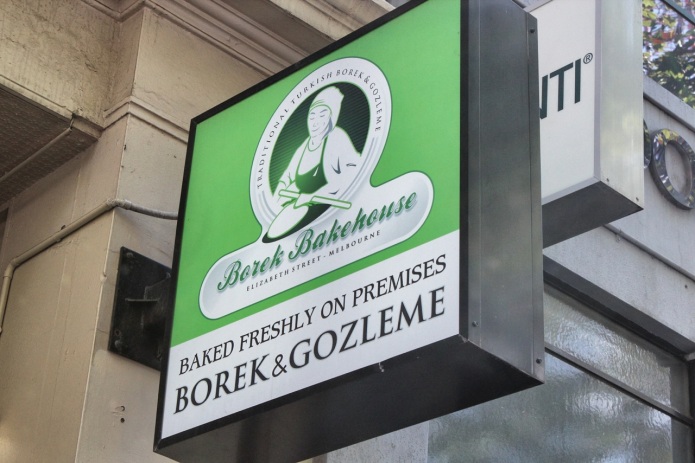 I’d never heard of börek before, but as we were walking along Elizabeth Street recently, we came across a café, Borek Bakehouse.

It happens that there is a significant population of people of Turkish descent in Melbourne, estimated to be around 300,000 in 2013. This explains why we’d seen börek at more than one place as we walked around the CBD. Working in full view of passersby, a cook was making börek, rolling the dough into thin discs, filling them with a stuffing (spinach and cheese, spicy potato or spicy lamb), folding them and finishing them up in an oven. More like a thin pizza dough than puff pastry, it had no apparent seasoning. The börek was served piping hot, the crust crackling on the outside, chewy like pizza toward the center, with the stuffing providing all the flavor. We ate them al fresco, on a table outside the restaurant. They were simple and flavorful. 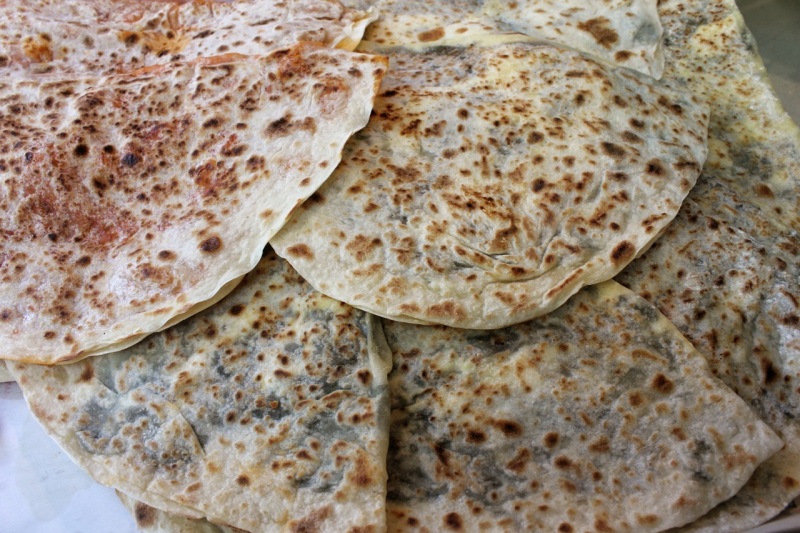