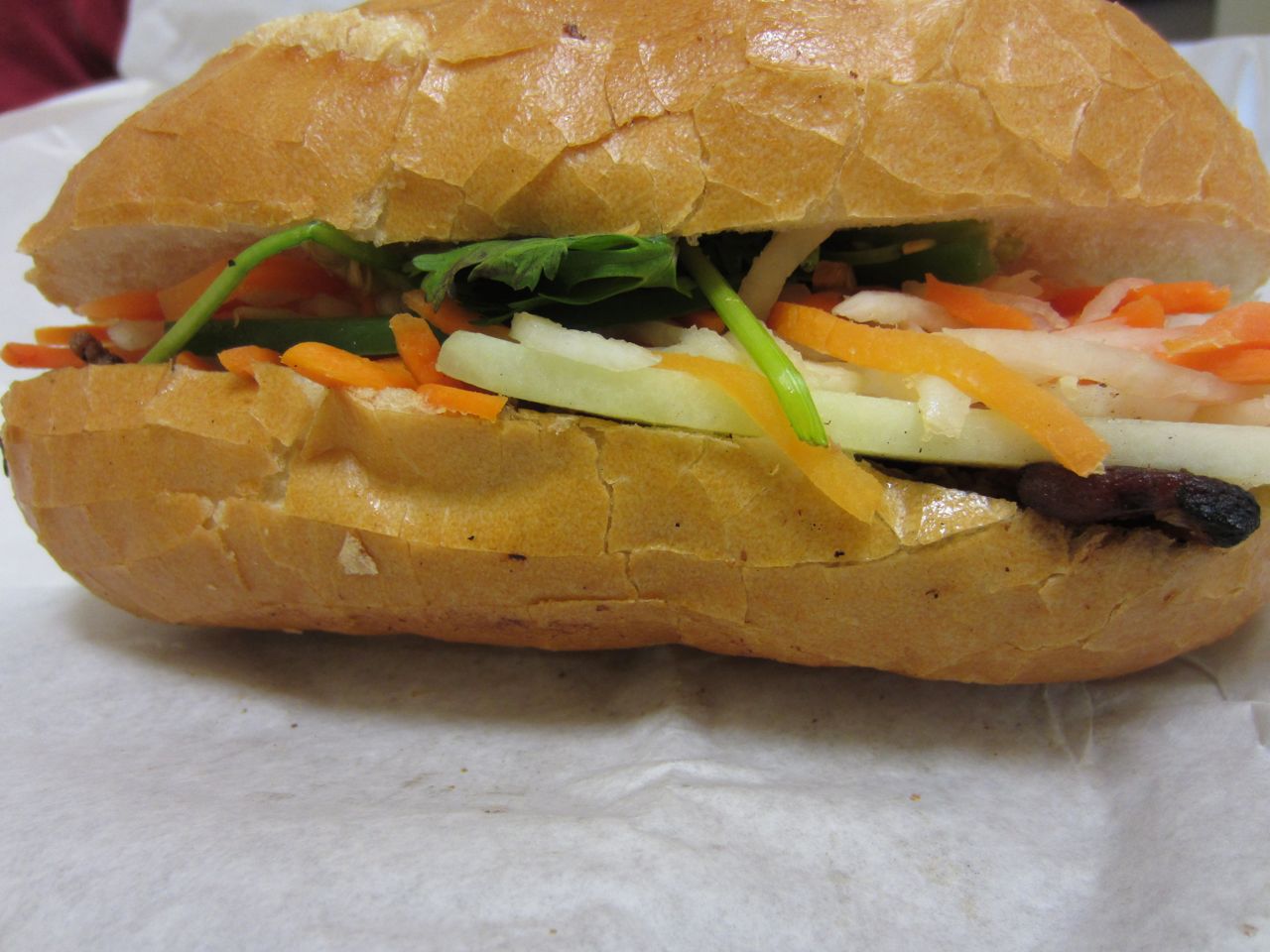 Getting a good banh mi sandwich on the Eastside is problematic. Several places sell them, but not exclusively, which doesn’t mean that they’re bad. It’s just that the best places, like those in Seattle, specialize in this delicious Vietnamese sandwich. Much attention is paid to using the freshest bread and preparing the variety of fillings that go in it. A restaurant that happens to offer the sandwich on the side doesn’t bode well for giving it the attention that it deserves.

Yeh Yeh’s has had quite a loyal following in Lynnwood since 2008, surprising since that part of the greater Seattle area is not particularly a haven for Vietnamese cuisine, certainly not like Seattle’s Little Saigon. Food critic Nancy Leson of The Seattle Times has eaten there and liked it. Last year, Yeh Yeh’s opened a branch in Bellevue. It too has developed a following.

A friend of mine and I decided to check things out. The restaurant is located in a strip mall west of Fred Meyer, so parking is not the problem it is in Little Saigon. Inside there are tables for eating in, though not many, all lined up along the south wall in the skinny interior space. The entire menu is sandwiches, not only banh mi but also pastrami, Philly cheese steak and BBQ beef brisket. Whether the last three are riffs on the traditional classics, I might never find out.

I usually order a grilled pork banh mi sandwich, so it was no surprise that I did so here.

A very good sign was that the sandwich (☆☆☆) was served warm, straight out of having been lightly toasted in the oven. The striking visual difference when compared to others I’ve had locally was the bread’s dimensions: wider and shorter, not in the least suggestive of a baguette. One bite was enough to tell me though that the bread lacked for nothing—crispy on the outside, light and tender on the inside, with a delicate chew that all make it possibly the best banh mi (those two words actually refer to the bread, not the sandwich) I’ve sunk my teeth into. Every bite was accompanied by a nice crackly sound.

Unlike its brethren from Saigon Deli and Seattle Deli, the bread is not slightly hollowed out, which means the filling tends to get squeezed out at the opposite end as you munch away. The grilled pork was nicely seasoned with Vietnamese flavors, had good charred taste and was relatively lean. The cucumbers were sliced flat rather than cut as spears like the Seattle versions—not a bad thing, just different, which may have more to do with freeing up space for the prodigious amount of do chua, the pickled carrots and daikon shreds. This quantity is primarily responsible for some reviewers’ comments that this banh mi sandwich is “huge” or “massive,” and the reason I feel it somewhat detracts from the experience as a whole. It tends to overwhelm the flavor of the meat, which some judicious paring down would cure. More than that, the marinade was too spartan in its sweetness and vinegariness, which more salt in the pickling bath would have improved. Whether there were too few cilantro sprigs or not depends on whether you like the herb or hate it. I could’ve used more.

In short, though there were some quibbles I had with the fillings, Yeh Yeh’s serves a very good banh mi sandwich, one which I won’t mind getting here instead of having to drive across the bridge to Seattle. At $3.85, the price isn’t out of line either. And their bread is the bomb. 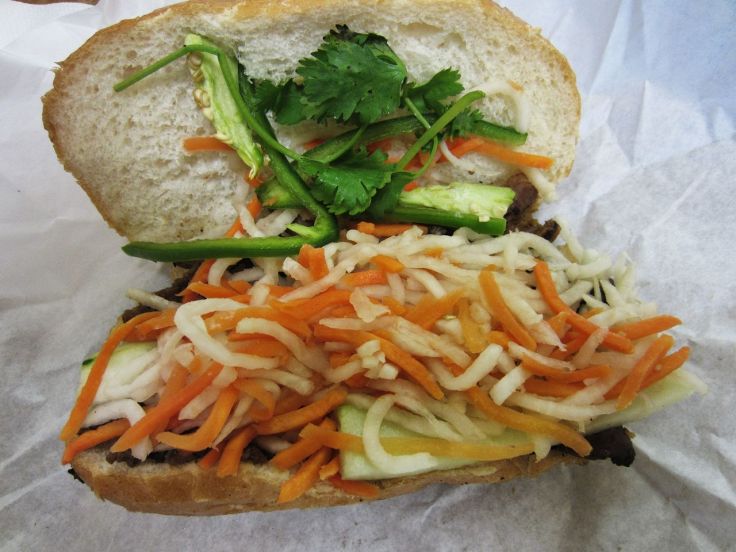 Update (6-4-14): A return visit did not fare so well. The bread lost its light crispiness of my last outing, being chewier and a bit denser. It’s almost as if the bread was microwaved, though there were only small ovens in view. This was the puzzling part. A second difference was that the do chua was fortunately not as voluminous as before, but it still lacked enough vinegariness and salt that the best examples exhibit. No apparent mayonnaise-like spread or Maggi sauce was evident, which normally adds some savoriness to the sandwich. Yeh Yeh’s banh mi has now become one of my least favorite (☆☆) in the Seattle area.