Once in a long while, you stumble across a store so phenomenal that it takes your breath away.

After lunch at Taqueria Hermanos Ochoa’s, four of us were trying to kill some time before the start of Star Trek: Into Darkness at a multiplex. There used to be a market attached to Ochoa’s, but it had shuttered its doors. We searched for another on foot and noticed the sign for one only a block away. The storefront didn’t reveal anything unusual; the roofline listed carniceria, taqueria, panaderia, pasteleria, among others. But as soon as we stepped inside and started to browse, it became clear that this had to be the most complete Latino market we had ever seen. That a Mexican market should be located in Hillsboro is not so unusual when you consider that there is a large Latino community here. What is unusual is its size and completeness that rivals anything expected to be found in Mexico or California.

Let me start with the meat counter. There were the usual meats and seafood, but also chorizos and seasoned and marinated chicken and pork cuts ready to cook, such as adobadas (chile-vinegar marinade) and slices ready for al pastor rotisserie cooking. The cheese section carried a considerable variety of Mexican cheeses. The cooked meat counter had pollo asado, fried fish, roasted ribs, different styles of chicarrones, chiles rellenos, barbacoa, carnitas, and more. There were assorted salsas, too: salsa roja, salsa verde, pico de gallo, one made with avocado, even a salsa for making your own molcajete.

The end caps had an enormous selection of tortillas and the inner aisles offered all manner of canned, jarred and bottled Latino products you can think of (and some that you’ve probably never seen).

The bakery was well stocked with bolillos, churros, pan dulce, all of which you can bag yourself.

While summer will bring many more items, the produce section was still filled with tropical fruits, chiles and other vegetables.

In case all this got you salivating, a café inside sold things you could either take out or eat inside. The menu included tacos, quesadillas, flautas, burritos, tortas and tostadas. Tubs of cut-up fruits were also for sale, as was a variety of aguas frescas.

As I stood in line to make my purchases, I looked up and noticed the ceiling covered with piñatas of all kinds. Walking away from the market, all four of us were awestruck at what we had seen and experienced. 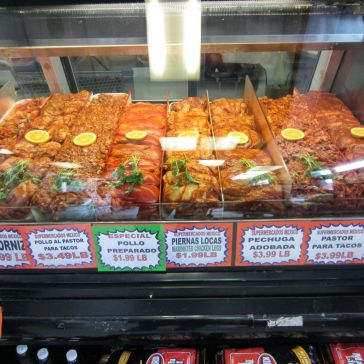 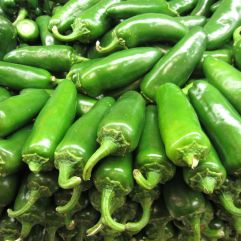 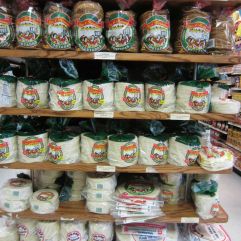 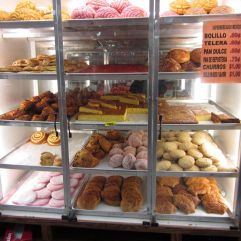 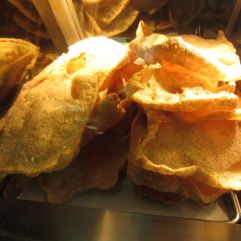