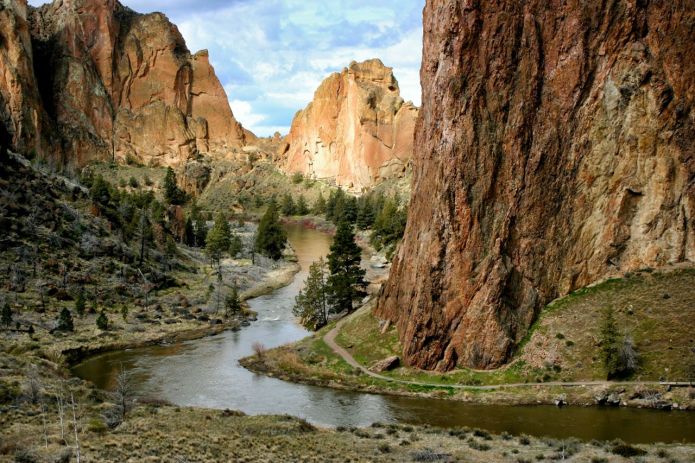 North of Redmond, rock climbers flock to Smith Rock State Park to scale the spectacular vertical walls of hardened volcanic tuff. We made a brief stop here on the way home, even though I was under the weather with chills and body aches. Probably against better judgment, I decided we should take the brief hike down to the Crooked River and watch some rock climbers in action. There are other hiking trails, one of which leads to the top of the rocks, but this will be reserved for another day. 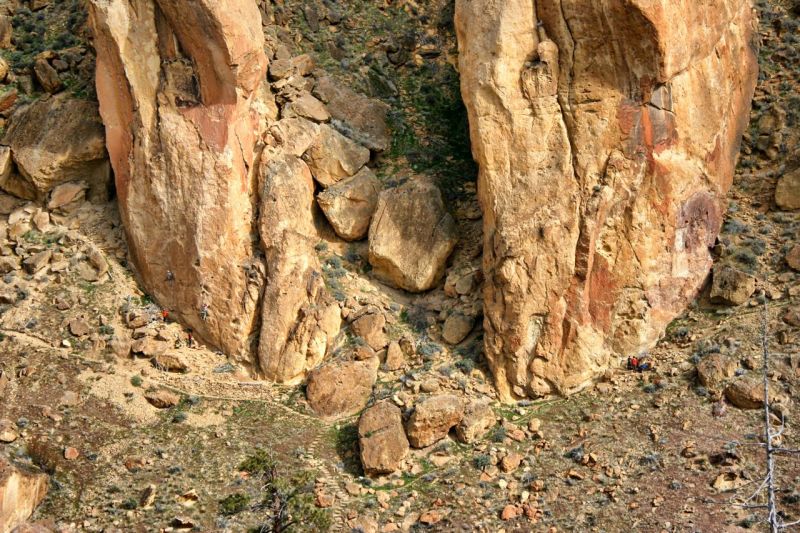 These rocks were formed when volcanic eruptions blanketed the area over a half million years ago in a half-mile thickness of ash that eventually welded, then eroded. Rhyolite dykes with their jagged edges are also found in the park, especially dramatic when they intrude into the tuff.

Rhyolite dykes make their appearance throughout the park

It’s easy to lose sight of the fact that there has been a lot of cataclysmic volcanic activity all around us in the distant past. While this fact is not difficult to see where there are fields of hardened lava, such as around Bend only a few miles from here or the basalt layers all over eastern Oregon and Washington, Smith Rock tells the story in a different way, no less spectacular.