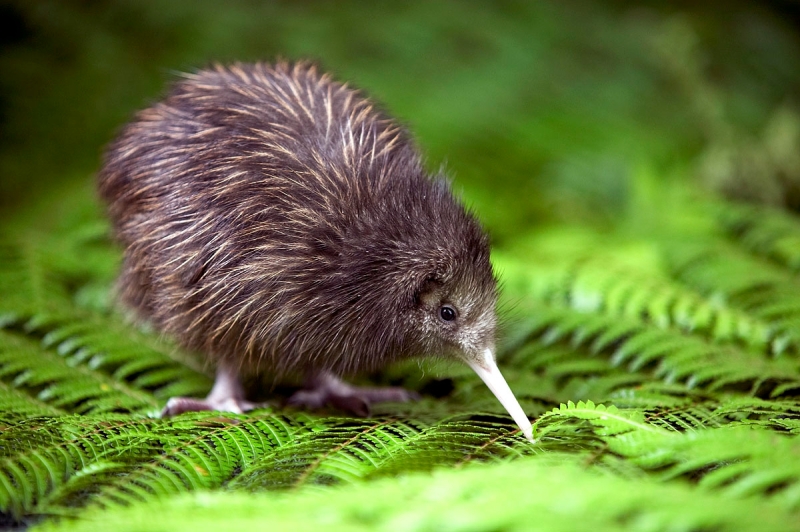 As most people are aware, the kiwi bird, endemic to New Zealand, is in a struggle against extinction. Having evolved without any natural predators, it now faces a threat from deforestation and from humans, cats, possums, dogs, rats and stoats, among others. The stoat’s modus operandi is slitting the carotid arteries of its victims. (When its fur turns white in very cold climates, a stoat is called an ermine.) This normally docile, flightless nocturnal creature is defenseless against this kind of assassin.

One would think that the kiwis are pretty helpless, right? Well, as we learned at the Kiwi & Birdlife Park (in Queenstown), this is not always the case. Underneath this normally shy exterior lies an unpredictable menace, a behavior so primal that the draw of the short straw elicits cold sweats and jangled nerves in the caregiver who has to feed them. During the breeding season, the male species of most animals is known to engage in aggressive behavior. The male kiwi is no exception. If he perceives a threat, even from a caregiver with food, he can literally jump up in the air and, with his powerful ratite legs, aim a well-placed, painful kick at your kneecap. Or, if you’re a male caregiver, maybe plant a groin-kick worthy of Lisbeth Salander? And make no mistake, those feet are tipped with sharp claws that can slash. My daughter who lives in NZ thinks that this Jekyll and Hyde behavior is a symbolic metaphor for NZ’er driving habits. Here are some other interesting facts about the kiwi.