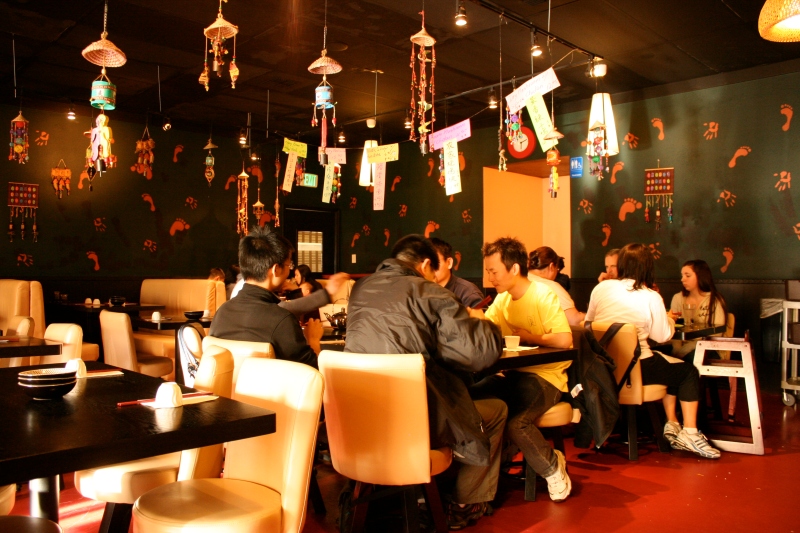 After chef Cheng Biao Yang sold Szechwan Chef, foodies in these parts wondered if he was officially retired or would eventually open another restaurant. For whatever reasons, he seems to start new ventures periodically, having started Szechwan Chef in Bellevue after selling the highly-regarded Seven Stars Pepper in Seattle’s Little Saigon district. Luckily for his followers, he opened Spicy Talk Bistro in Redmond earlier this year. The restaurant is much smaller than Szechuan Chef, just as dark, and noisy as heck when it gets full. The menu also has many of the same entrées, but as you might guess from the name, there has been a definite shift toward spicier fare. This is not to say that many dishes at Szechwan Chef weren’t hot, incendiary even, such as the beloved crab piled with cupfuls of dried red chile peppers.

An outstanding appetizer is the cucumber with spicy sauce, cucumber cubes tossed with cilantro, green onions, sesame seeds and a soy-chile sauce that is really refreshing and zingy.

The Chongqing chicken is the pretty much the same when Yang served it at Szechwan Chef, which should be great news to fans. Bite-sized chicken nuggets are battered and fried, then given a final dusting of salt and Szechwan peppercorns, served with pan-fried green beans and again liberal amounts of sliced green onions and dried red chile peppers. A wonderful dish. 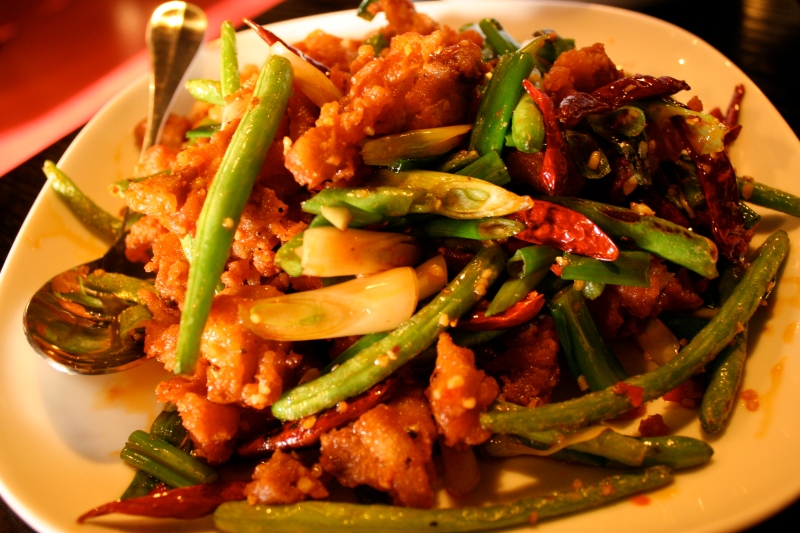 The dry cooked string beans were crispy and flavorful from Szechwan peppercorns and a soy-based sauce. 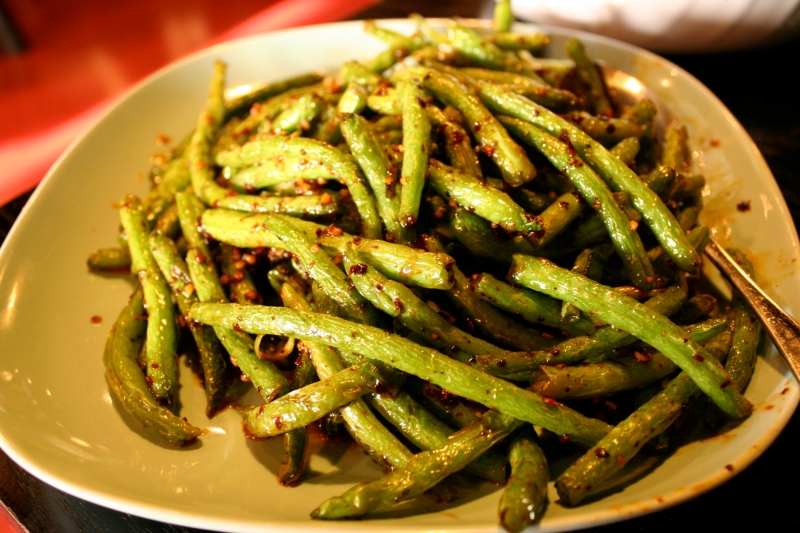 Finally, the Szechuan-style soft tofu in spicy gravy looks amazing and burns with fiery heat from dried red chile peppers, simmered in a brown bean sauce. Unfortunately, this dish lacked complex flavors. There are probably other tofu dishes that are better, though this one isn’t bad. Did I mention that it was really hot?

Dinnerware includes a shallow, wide bowl instead of dinner plates, which encourages you to scoop rice into them first to be topped with a small amount of entrees.

There was no crab special nor does STB serve hot pot. Daily specials are written on paper banners suspended from the ceiling (the “T” shapes in top photo). One of them was porcini mushrooms with chicken, which was kind of unexpected.