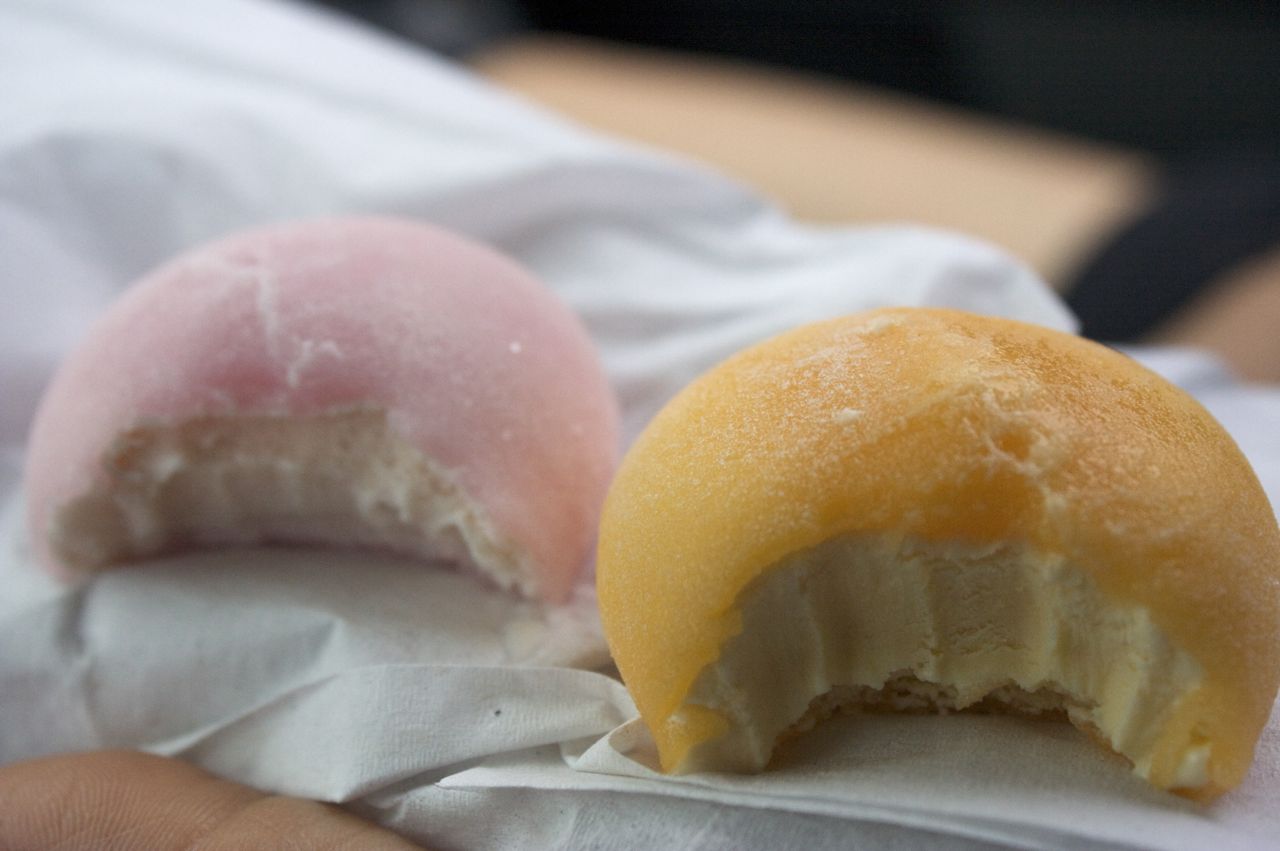 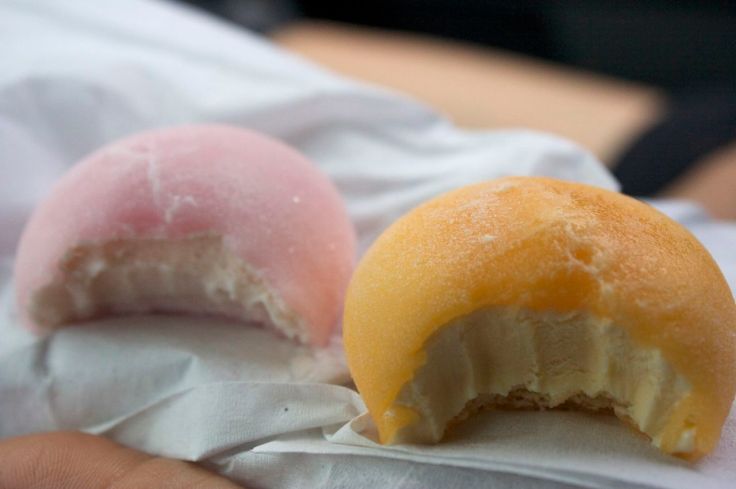 Bubbies is a premium ice cream store that has been doing business on Oahu since the late 1980s. They are based in Aiea and have two outlets on Oahu, including one on University Avenue between Waikiki and the university. Oprah’s “O” Magazine featured their island-favorite mochi ice creams. They are served in many hotels and a few Japanese restaurants on the island. We even bought one at Coffee Bean on Lewers. There are many flavors to choose from, including several tropical ones.

On our way to southeast Oahu and the North Shore, we stopped at Koko Marina Shopping Center where Bubbies has a store. The picture at the top shows guava and lilikoi mochi ice creams. We also had a lychee one at Coffee Bean last Sunday. These are really delicious. The guava flavor is more muted than lychee or lilikoi. With their tropical flavors, these are our favorite mochi ice creams (☆☆☆☆).