Yotteko-Ya is hard to find at first. There is no restaurant with that name on the outside, only one that says “Kyoto Ramen.” It’s located on the second floor at the west end of the McCully Shopping Center.

Yotteko-Ya is primarily a ramen restaurant, though a few other Japanese items are offered on the menu. For example, we’ve read that the chicken karaage is excellent. Their specialty consists of a paitan base, a broth that has been 10 hours in the making, using “pork, the freshest chickens and 10 different vegetables and spices.” In the process, collagen is extracted from the bones, yielding a thicker, milky broth that is highly prized in Kyoto and by ramen fans around the world. It isn’t as thick as kotteri tonkotsu, which therefore makes paitan more accessible if you’re put off by kotteri’s extreme porkiness and thickness.

The subtlety of the broth here is somewhat different from those we’ve had before with ramen. This doesn’t mean that it lacks flavor. There is both refinement and richness, balanced with no specific quality dominating any other. And it isn’t over-salted either. Too much salt can mask defects in the broth. Yotteko-Ya is confident you’ll enjoy the broth; they provide you with a large-bowled, long-handled spoon, whose underside looks like it’s fashioned out of an ohitsu container.

There are five versions of paitan available, differing primarily in the quantity of chashu that come with it. My wife picked the standard paitan ($7.45, two chashu slices), while I chose one with vegetables (Yasai Paitan Ramen, $8.95), which included not only a single slice of chashu but cabbage, onions, bean sprouts, negi (Japanese green onions) and carrot.

Any of these ramen can be ordered in either of two noodle textures: the traditional “Japanese style,” which is boiled al dente; the other is called “local style,” a softer (and therefore longer cooked) noodle. We both opted for the former. As anyone who appreciates great Asian noodle soups will agree, the texture of the noodle is as important as the flavor of the broth. Here, the pasta cooked al dente rewards you with a wonderful firmness and chewiness that, for reasons having to do with economy and expediency, is not found in most ramen restaurants.

Now a word about the kakuni, those slices of pork that resemble chashu. They are flat-out addictive. Unlike Chinese char siu, they are very tender with teriyaki flavors with savory undertones (dashi). They tease you with a single slice in the yasai paitan. After one bite, I was compelled to get a side order of 5 pieces ($3.50), they were so good. Paitan Chashu Ramen ($8.95) gets you 5 pieces right off the bat (but no vegetables), while a “block” comes in the Kakuni Paitan ($10.95).

Yotteko-Ya is a superb ramenya. I’m already looking forward to a return visit. 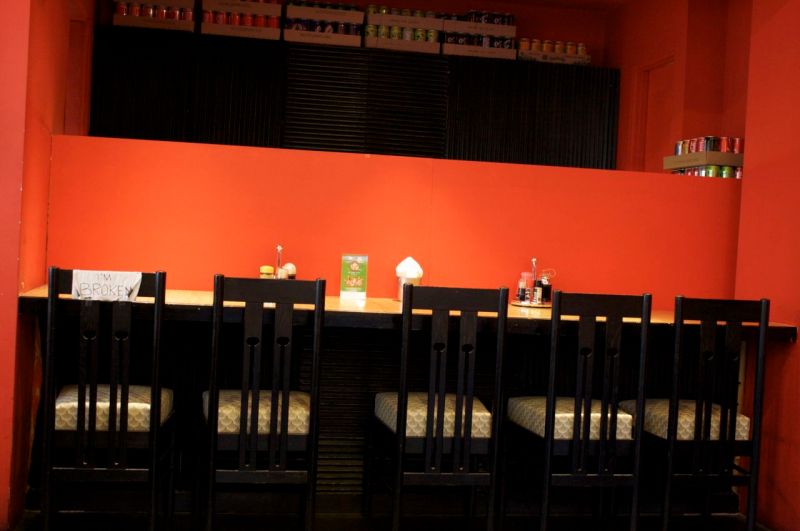