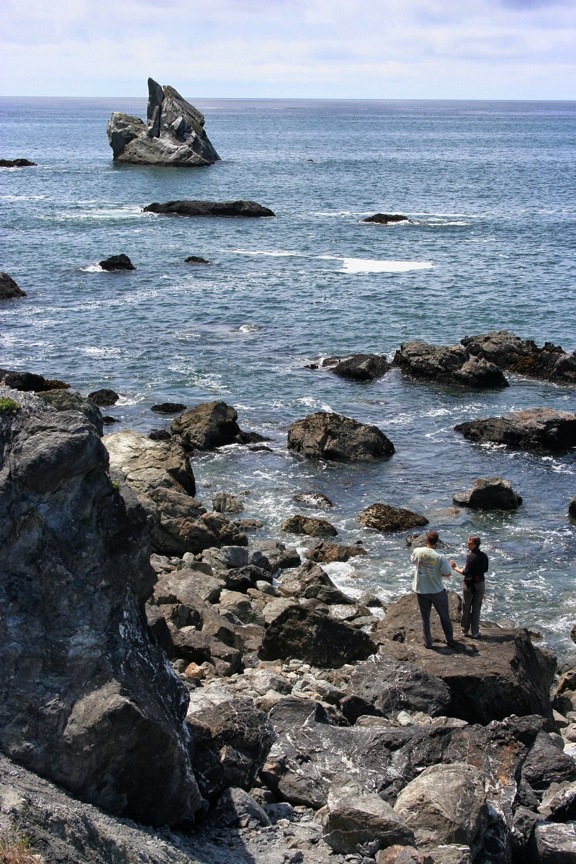 There is no better evidence of the powerful forces of plate subduction than the shoreline of Patrick’s Point State Park. The Farallon Plate is diving under the North American plate slowly, leaving behind good examples of broken and folded coastline, including some impressive examples of basalt outcroppings out at sea. There is a fault that runs through the center of the park.

Studded with forests of evergreen and alders, carpeted with many wildflowers, the area belies the natural forces at work. On the trails we took, lupines and irises were in bloom. At the edge of the forest are sheer cliffs that overlook the beaches and ocean. At one overlook, we could see puffins and auks, nesting along the cliff sides and diving into the sea. One trail led to a dramatic vista of the ocean.