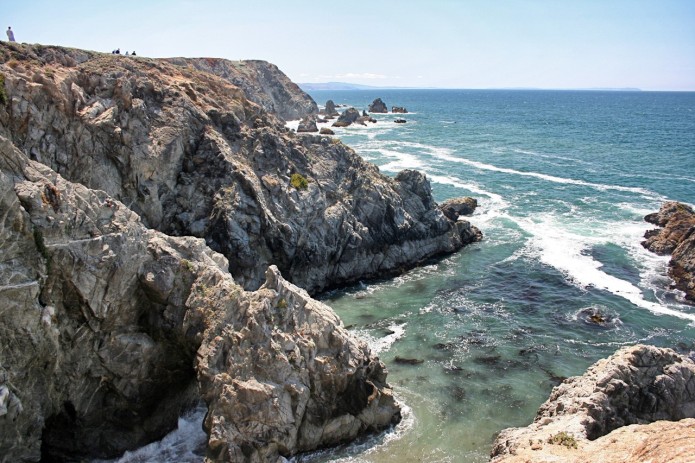 Were it not for a B&W movie about avian pests, Bodega Bay might otherwise not be as well-known. Tourism is still the town’s primary economy with many roadside stores selling kites and salt-water taffy, but there is an added attraction right outside of town. It would be a mistake to bypass Bodega Head where the churning surf crashes against the granite headlands, with a peerless view of the Pacific Ocean and migrating whales from the end of the short trail that leads to a magnificent overlook. In fact, the peninsula, about 4 miles long, juts to the south from the mainland and creates Bodega Harbor, which shelters the town of Bodega Bay. Along the way, there are many wildflowers, none more spectacular (as well as non-native and invasive) than the sea figs that bloom in early spring. As you would imagine, it’s quite blustery along the hiking trail, but on a fine sunny day like the one we enjoyed, it’s well worth the extra time to stop here. 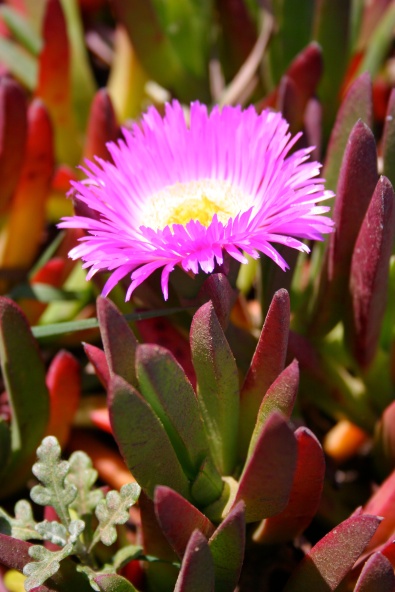