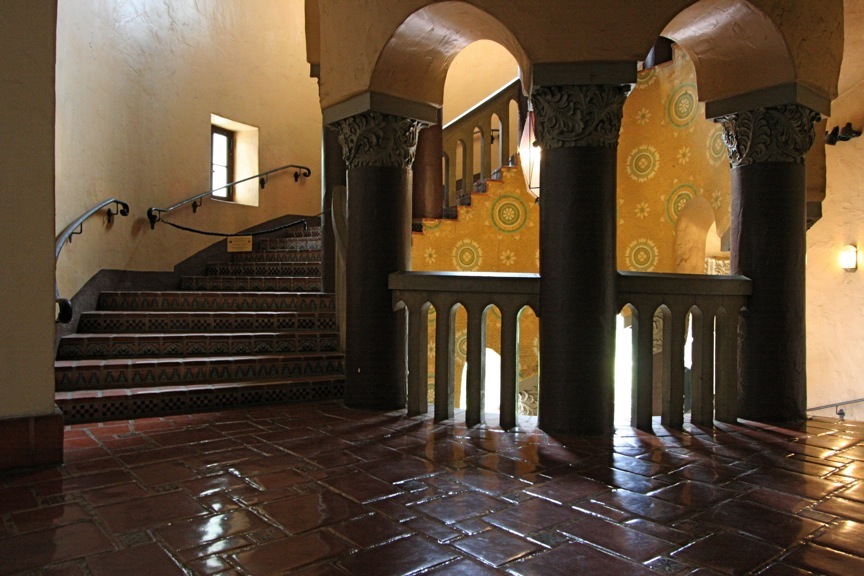 A significant architectural building in all of California is the Santa Barbara County Courthouse, built in the 1920s. It is arguably the most impressive building in the city, reflecting a superb example of the Spanish Colonial Revival style that earned it a designation as a U.S. National Historic Landmark and a place in the U.S. National Register of Historic Places. We were hoping to catch a late-afternoon tour, to no avail. But, even as we walked down the corridors and climbed up and down stairways, it was obvious why the building is so important.

From the clock tower, you can see the unique Spanish Colonial architecture throughout much of the commercial district, adopted by civic leaders after the devastating 1925 earthquake.