One of Bologna’s many arcades

After our tour ended, we had a few days left before we had to board a flight from Malpensa back to the States. Outside of an extra day in Rome, we chose Bologna as our one and only destination before Milan. One big reason for coming here was its sometimes designation as the “food capital of Italy,” situated in Emilia-Romagna, the region that produces world-renowned food products. It is also a university town, University of Bologna, the oldest in the world, and long a center of left-wing politics.

Bologna’s 24 miles of arcades are another attraction for which it is famous. It is possible to walk throughout the historic district almost entirely covered overhead by one of these extensive porticos, each one seemingly with a unique design.

Food as a form of civic pride is evident by noticing the many shops with elaborate culinary displays, from the gastronomia (delis), grocers, cafeterias and bakeries. We purchased a few items from Caffe del Teatro for later eating. This was September, so the produce was bountiful, including porcini mushrooms which we had the great fortune of tasting throughout our trip. 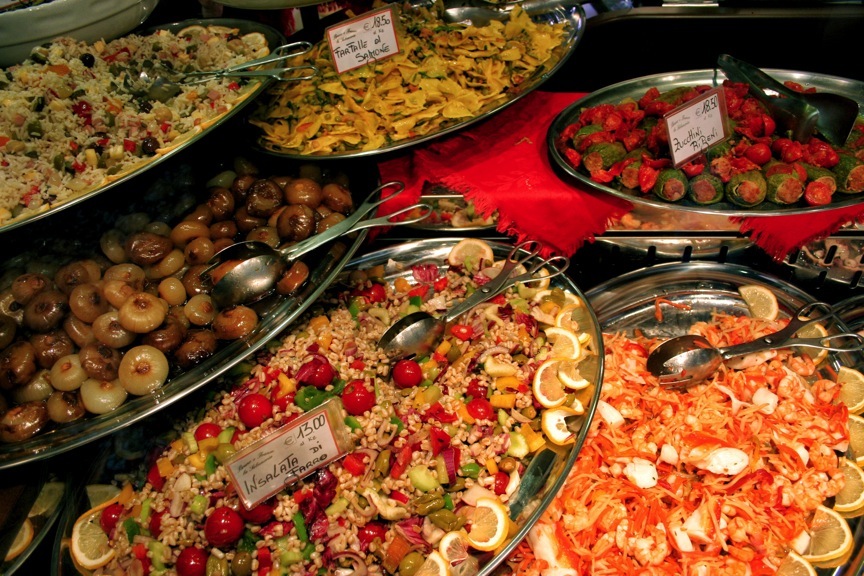 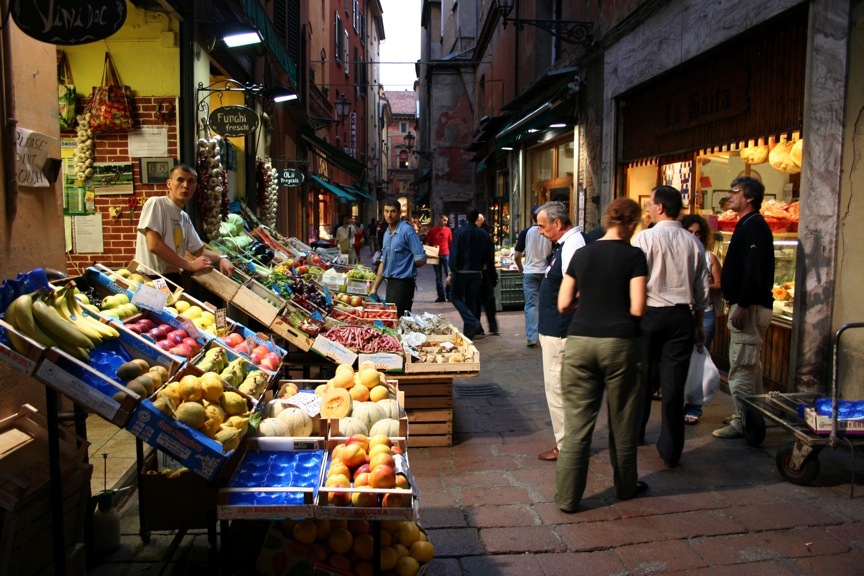 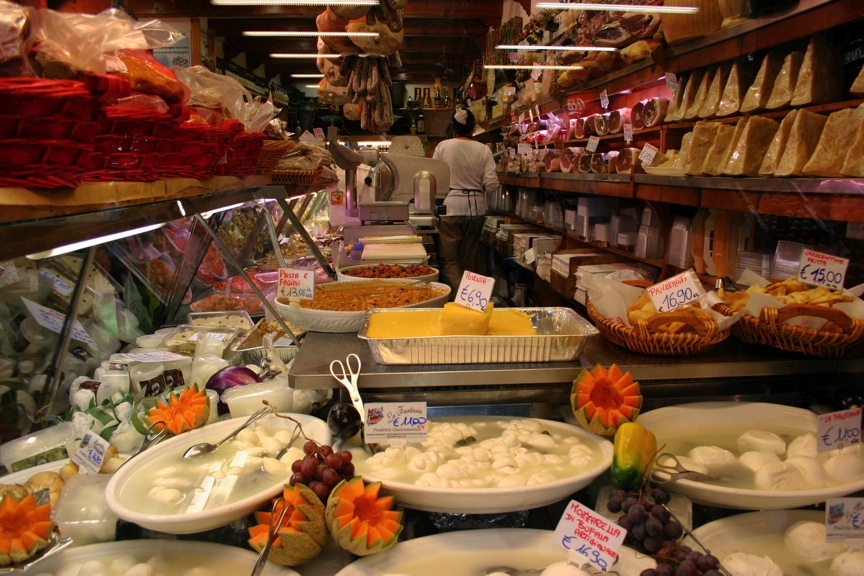 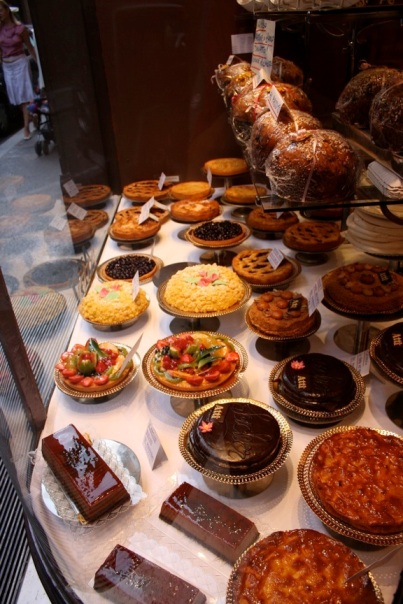 Emilia-Romagna, the region of which Bologna is the capital, produces some of the most iconic products associated with Italian cooking and cuisine. Parmigiano-Reggiano cheese is arguably the most famous of these, followed by balsamic vinegar, Grana Padano cheese and Parma ham (prosciutto). We looked into a bus tour to a factory making any of these, but none was open on the weekend. Bologna also introduced the world to a special kind of bolognese sauce, ragu alla bolognese, typically served over tagliatelle, another product of Emilia-Romagna. 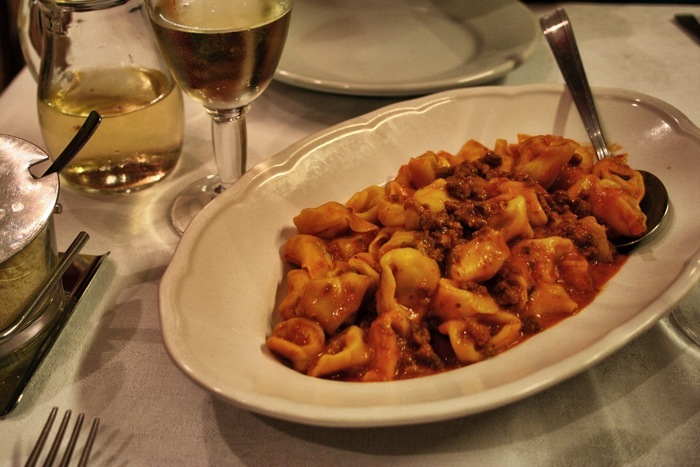 Many of the delis displayed Emilia-Romagna’s famous stuffed pastas of all sorts. 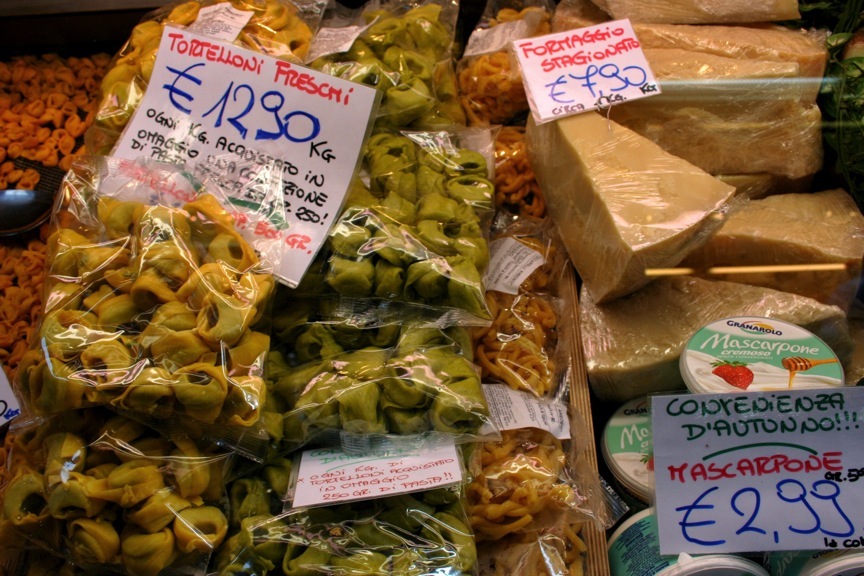 Tortelloni, one of several kinds of stuffed pasta famous in Emilia-Romagna

The public art that is notable here includes the Two Towers of Bologna and Fountain of Neptune in Piazza Nettuno. The Two Towers, considered symbols of the city, both lean and are thought to have been constructed in the 12th century. They are two of the several towers of about 200 or more that have survived damage, collapse, or other catastrophes. The Fountain of Neptune, topped by a towering bronze status of Neptune and surrounded by lactating nereids (sea nymphs) at the base, are the work of Giambologna whose masterpieces are found throughout Italy. 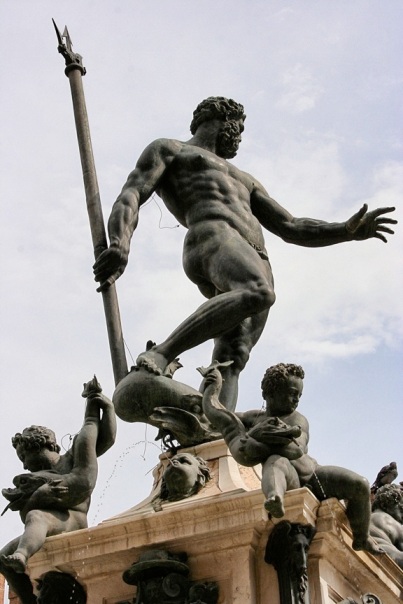 Neptune atop his eponymous foundation 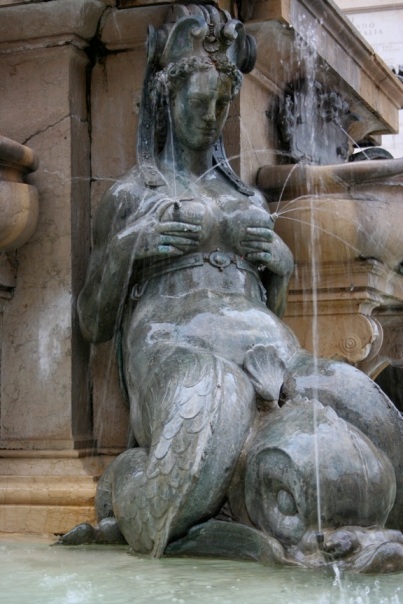 One of four Foundation of Neptune’s lactating nereids 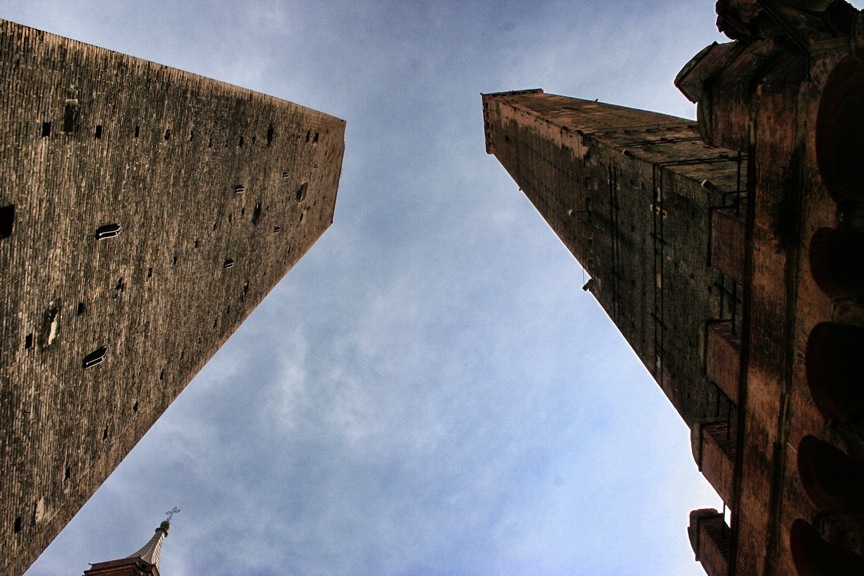 The Two Towers of Bologna, Asinelli on the right, Garisenda on the left

Two days were not enough. Bologna is an exciting, vibrant city that begs for a return visit.