The Canyon Overlook Trail is a nice, moderately difficult hike, but it’s so easy to miss. The trailhead doesn’t start from the valley floor but rather from just east of the Zion-Mt. Carmel tunnel, 600ft above the valley floor. Entering or exiting Zion will also treat you to spectacular vistas as you take the winding road to reach the valley or tunnel. 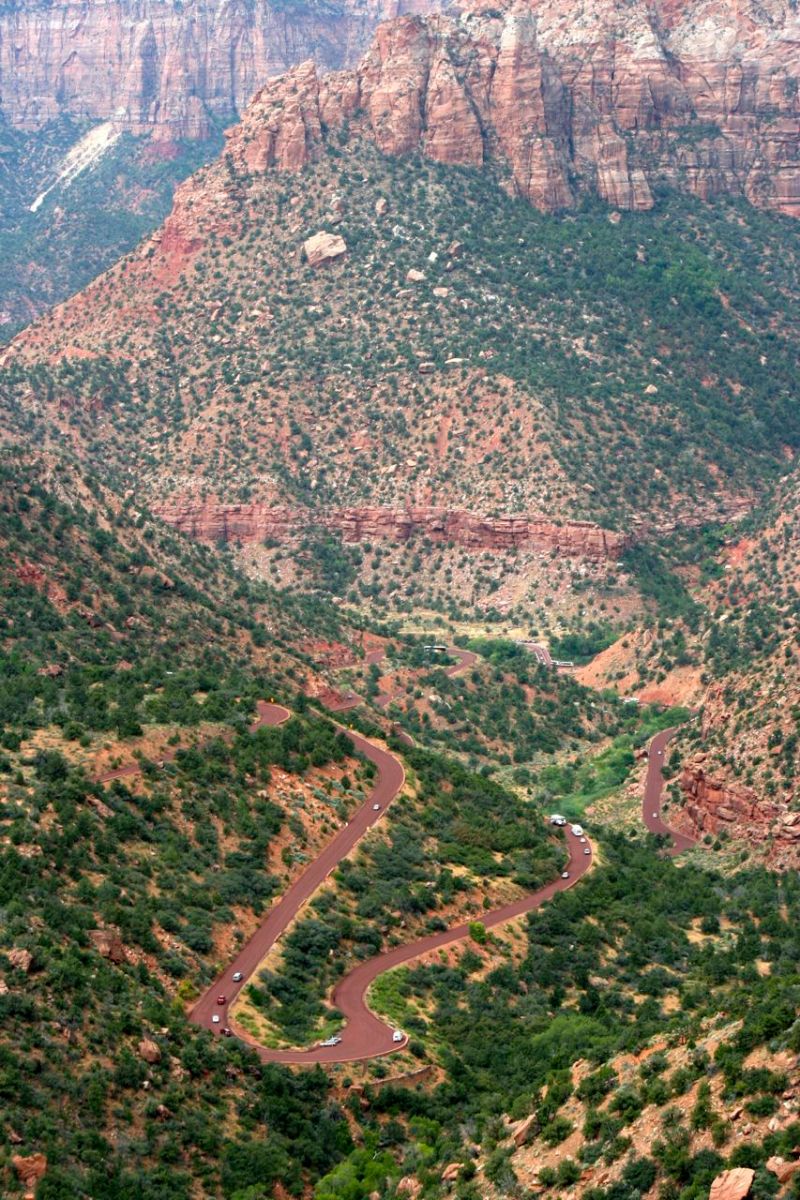 The Zion-Mt. Carmel Highway ascends 600ft from the valley floor

The trail, which is only one-mile long, skirts a narrow ridge winding over and past slickrock that forms all sorts of strange, eroded rock shapes, which are previews to even stranger shapes that we’ll see later on our trip. The dominant geologic layer visible all around is Navajo sandstone showing off banded streaks of various shades of orange. The whitish areas were long ago removed of iron oxide that gives this rock its reddish color. Along the way, the trail ducks under impressive natural excavations. 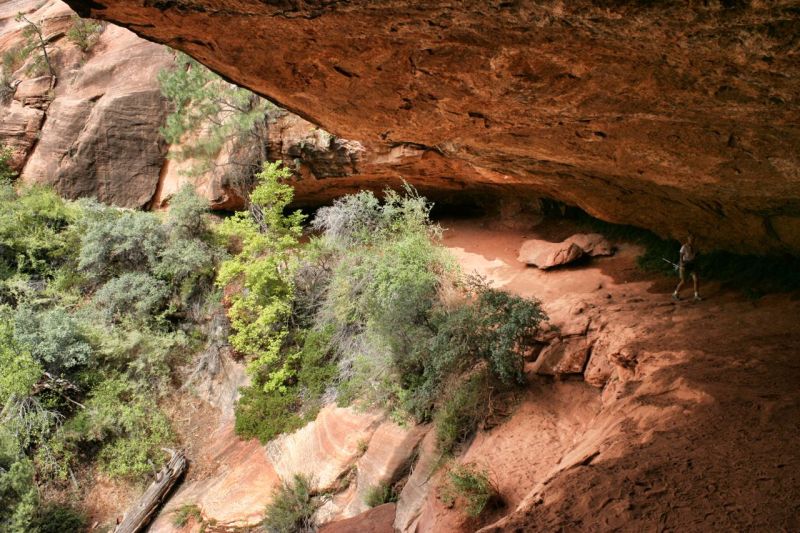 The trail briefly passes under overhangs

From the trail, some examples of blind arches can be seen, formed from sections of rock that millions of years ago fell away to produce these arch-like excavations. The most spectacular one is The Great Arch of Zion that you can see from the Zion-Mt. Carmel Highway. At the end of the trail is a breathtaking overlook of the Zion Canyon looking west. In fact, this overlook sits atop The Great Arch.

Probably the most interesting and bizarre sights in the Southwest are the strange, sculpted rock formations called hoodoos, prominently featured at Bryce. But the handiwork of wind and water erosion is everywhere to be seen, taking on various, sometimes fantastical shapes depending on the sandstone material with which natural forces had to work. Even here at Zion, consisting mostly of the very hard Navajo sandstone, these outcroppings, shaped vaguely like mushrooms, are thought to have been created when a stupendous geologic force lifted up the plateau and gave water a faster, more forceful route to lower elevations. Smoothed over millions of years, these formations are a wonder to behold. 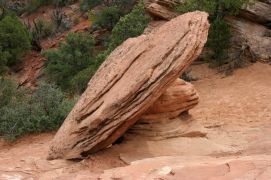 Aside from the spectacular geology, we also came across local flora and fauna. 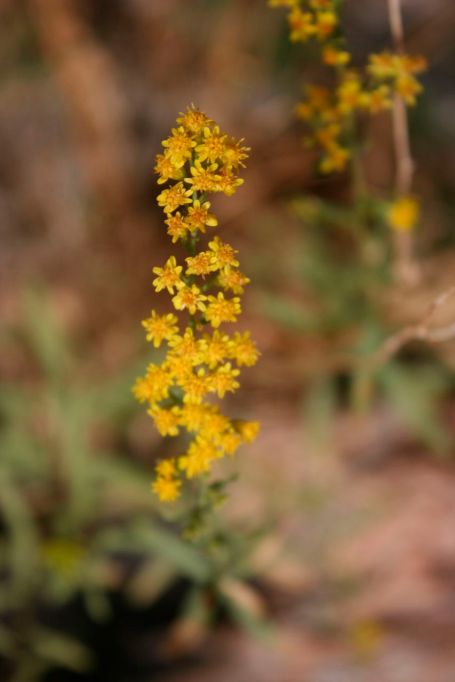