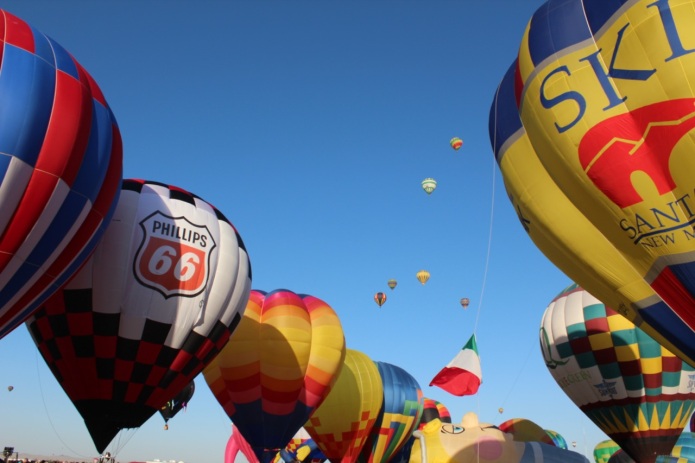 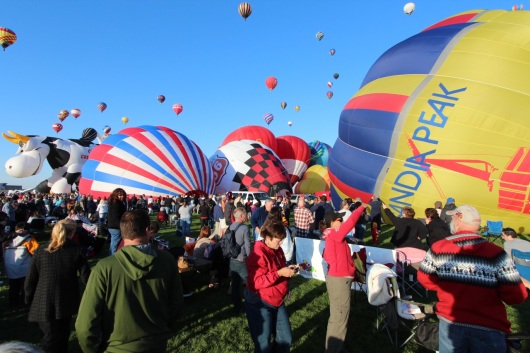 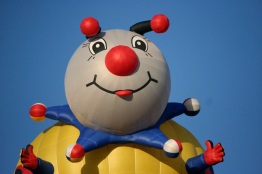 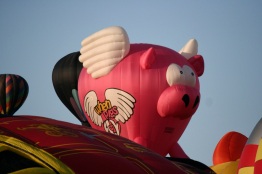 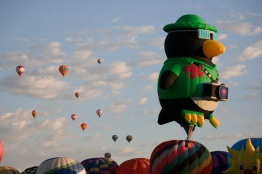 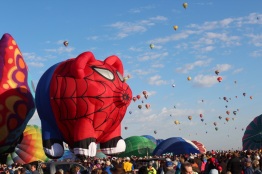 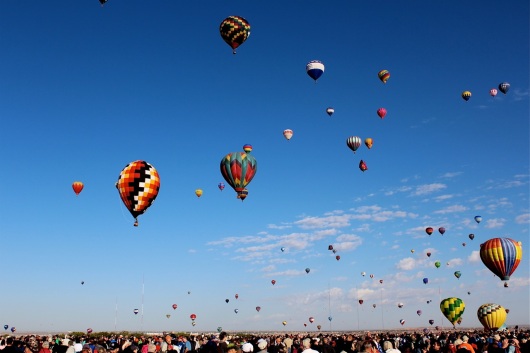 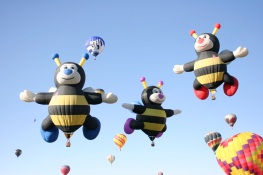 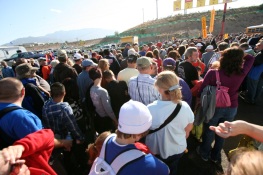 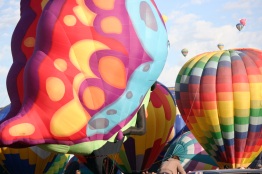 It was fortuitous that the grandest balloon festival in the world would be staged while we were touring the Southwest, the Albuquerque International Balloon Fiesta. I made sure that we would be in Albuquerque when it happened, which required my juggling our itinerary somewhat to accommodate the event. We always wanted to experience it, so it was without question going to be a destination.

Though the weak economy reduced the number of entries by about 300, so we were told, the festival still showcased hundreds of balloons from all over the world. It’s appropriate I suppose that, in this land with its long history of Catholicism, the morning event is named Mass Ascension. In the evening, during the night glow event, balloons are tethered but still enthrall when the burners are ignited to light up the interiors of the balloons.

As with any event of this size and popularity, the Balloon Fiesta has become ever more commercialized. Event merchandise and food booths lined one side of the field in what seemed like an infinite stretch. Rather than charging admission for an entire day, there are two separate admissions—one for the morning and one for the afternoon/evening. There is a lot of encouragement to take shuttles ($20/person per event) to and from various park-and-rides throughout the city to ease traffic congestion at the site itself. This, it undoubtedly did because there were thousands of event-goers. There were scores of buses shuttling event-goers back and forth throughout the day and evening. With the crowds, getting to and from the buses was a major hassle, which along with the cost, led to our decision only to attend the morning event.

For sheer spectacle and whimsy, everyone should attend this event at least once. There are balloon festivals throughout the country (and the world), but the Albuquerque event is in a class by itself.