Is this a face that only a mother could love? Don’t tell that directly to the weedy scorpionfish who has a bit of a venomous bite. Kidding aside, Rhinopias frondosa is spellbinding, even beautiful to look at. It doesn’t swim so much as crawl on its lacy fins. I saw this specimen at the Georgia Aquarium.

I couldn’t believe my eyes when I saw them. Giants. The world’s most colossal fish is a shark. The only whale sharks in U. S. captivity live in the Georgia Aquarium in Atlanta. Despite their membership in the shark family, they are filter feeders that eat plankton. They’re rather harmless to humans, which still doesn’t lessen their frightful impact if you happen to come across one in your daily swim. The museum houses them in a stupendous 6.3-million-gallon tank, part of which has a 23×61-foot viewing window through which you can watch these behemoths, as well as manta rays, giant groupers and other fish gliding gracefully past.

Georgia Aquarium is the largest in the U. S., if for no other reason than the above Ocean Voyager exhibit. But, it is also the noisiest and most overcrowded of any I’ve visited. It’s a wonder that their cafes, themselves built to serve enormous crowds (the food, by the way, is pretty decent), don’t bother the marine creatures with their incredible human noise. Maybe they do.

This is an awe-inspiring aquarium, intimidating by its sheer size—and blessed with ingenious ways for humans to get up close to its residents. 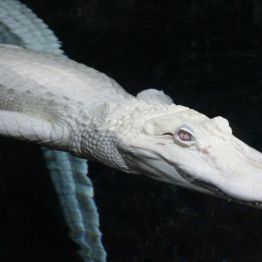 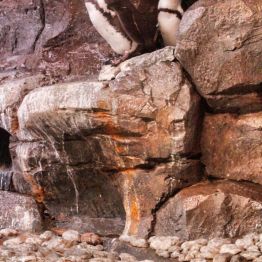 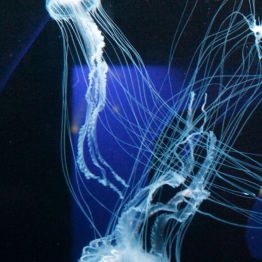