After spending the night in Whitianga, we headed south to Rotorua. Along the eastern edge of the Coromandel Peninsula is Te Whanganui-A-Hei Marine Reserve which was set aside by the government in order to protect a rich variety of sea animals and their habitats. Curiously, the sea creatures here grow bigger and are more plentiful than the surrounding waters and for that reason are protected within the reserve. There are also impressive kelp forests that rival any in the world. 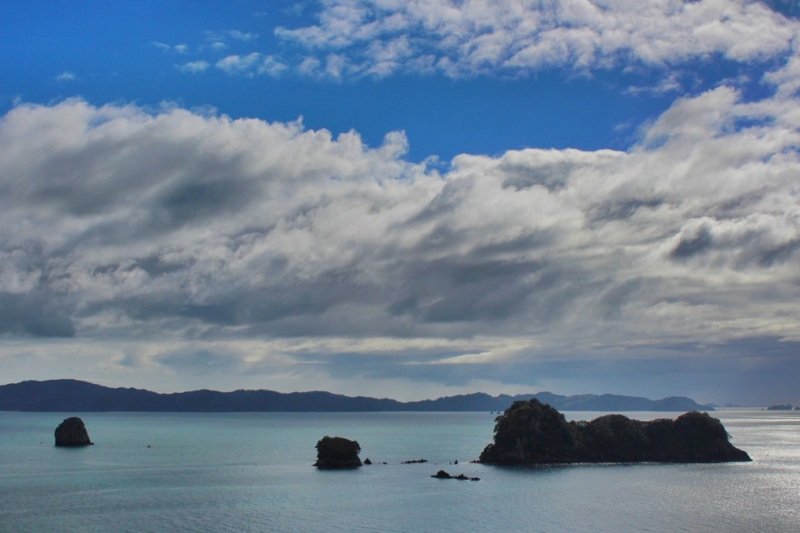 We took a trail to try to reach the beach near Cathedral Cove, but the rain from the previous night made the track really muddy. We decided to turn back, but not before getting wonderful views of the water and the headlands that make this area so beautiful.

Aside from flora and fauna, the area is unique for its geological formations. About 8 million years ago, violent volcanic activity covered the landscape with pumice and ash, then later with lava flows. Over time, the softer layers of tuff eroded at a faster rate to create the distinctive landforms seen today: arches, caves, sea stacks, blow holes and a distinctive honeycomb pattern along some cliffs exposed to the sea. The most picturesque attraction is an arch carved through the headland.

Update: (1-20-13) These photos were taken by my daughter, five months after our visit. In the late afternoon, she and her sister took a kayak tour, originating from Hahei (about 35km by road from Whitianga), to Cathedral Cove and surrounding area. Since it was the peak of summer, the weather was more gorgeous than when my wife and I went last winter (see above). The handiwork of erosional forces is very obvious in these images. 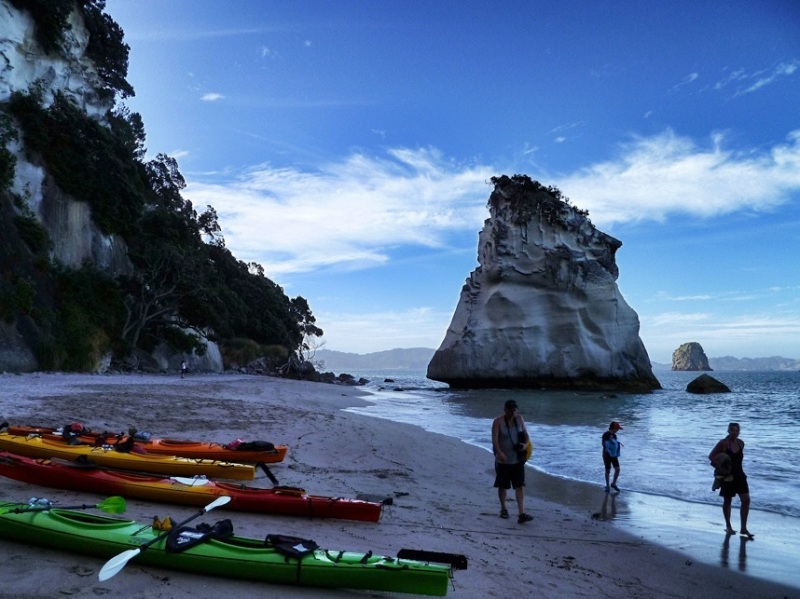 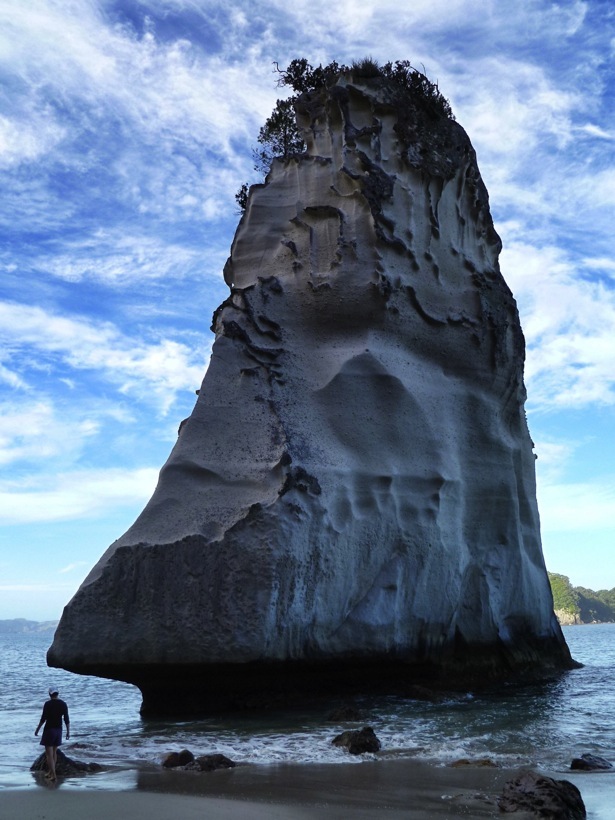