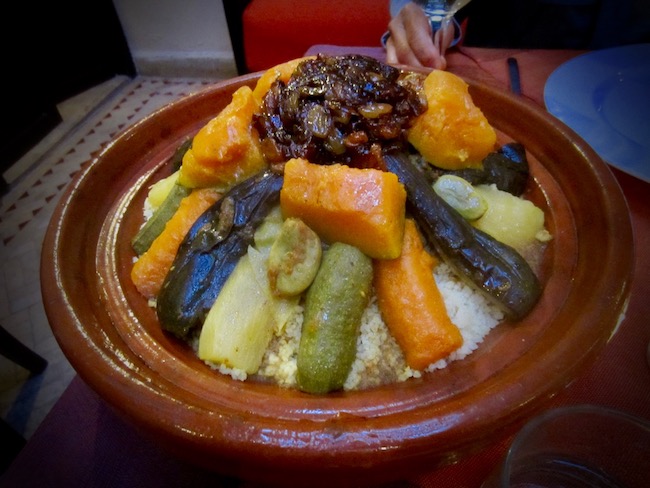 It consisted of simply orange juice and shredded cucumbers. This unlikely pairing, a combination I’d ordinarily skip over in a cookbook, made a sublime cold soup, the beginning of a superb three-course dinner at Riad Boussa in Marrakech. 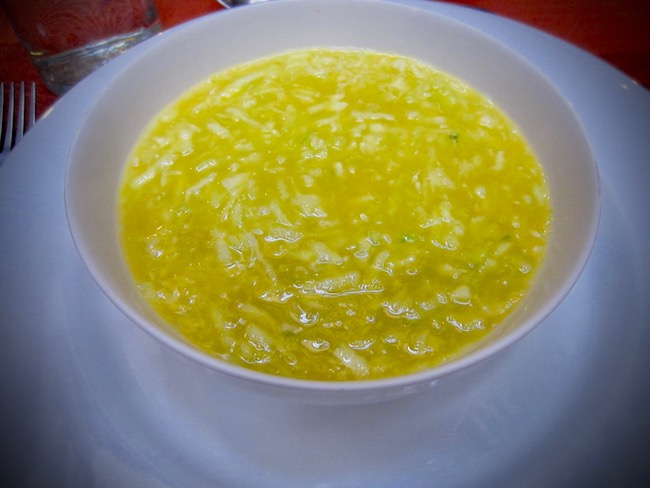 In keeping with Moroccan tradition of having it on Fridays, the next course was a couscous. The riad’s was served in a tajine. Its talented young cook presented hers fringed with carrot, squash, eggplant, zucchini, turnip and fava beans (pictured above). Tucked underneath a compote of sultanas and onions were chicken and lamb that together with the vegetables flavored the incredible sauce, served separately in a bowl to spoon over everything. Real couscous takes time to make that requires triple-steaming; it doesn’t come in a box with 15-minute instructions. The grains were fluffy and tender. I’ve had couscous at home many times but I never imagined it could be this wonderful.

Dessert was another unexpected combination. Shaped as a five-sided rosette (which intentionally or not conjures up the star of Islam’s five pillars), sliced avocado crescents sprinkled with sugar were filled in the middle with strawberries. The dish changed how I now look at avocados—as a healthful way with a touch of sugar to satisfy a sweet tooth.

Only two nights previously, the kitchen produced the best tajine I had on the trip, chicken with dried apricots and walnuts, and a trio of cold vegetable salads among which was to-die-for zaalouk (made with eggplant and tomato). 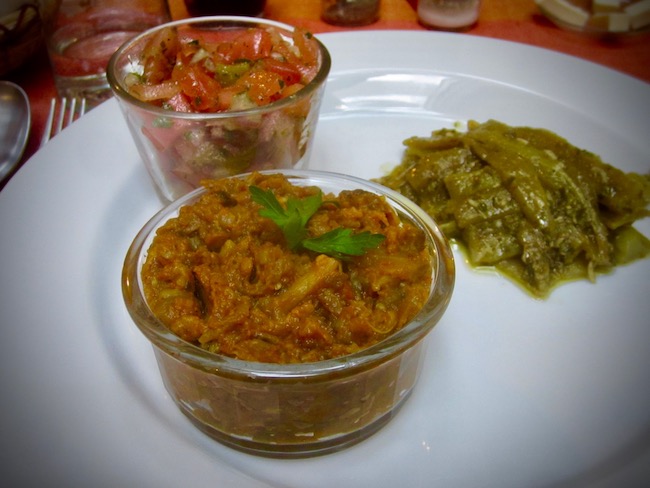 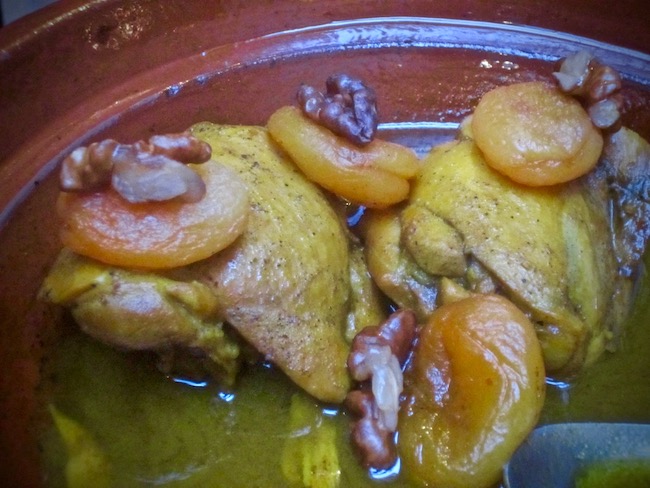 Dessert was poached pear with a cinnamon-infused syrup. 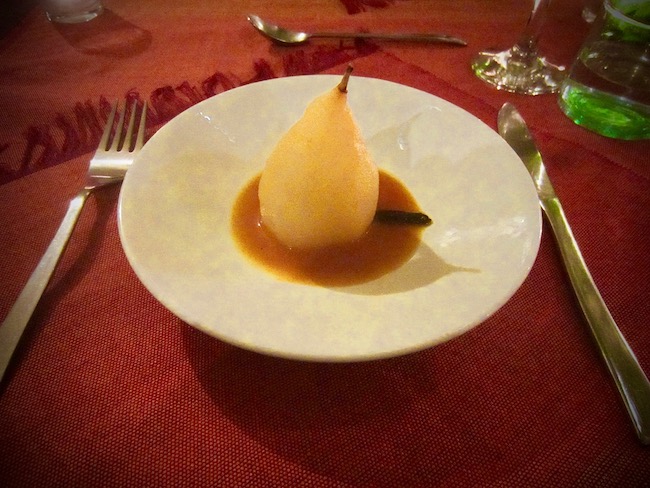 My tour operator (Experience It Tours) believes that the best meals in Morocco are served in riads. After having spent 17 days throughout the country, eating in many dining establishments, I agree. My wife and I ate our finest meals in riads. As a bonus, they have the most pleasant ambience.

And so it was during our journey, a completely vegan dinner at Riad the Repose in Rabat and organic dinner at Dar Jnan Tiouria in Skoura where the proprietor is his own chef. And I’ll not soon forget the chicken pastilla at Dar Hatim in Fes. They were all gems.

Unlike restaurants that regularly serve scores of people every day, riads only have a handful of guests who may or may not choose to eat there. I suspect this is the reason why some riads welcome diners who are not lodgers. You won’t usually find professional chefs in riads but rather talented locals. So it’s all the more extraordinary and fortunate to come across great cooks in these ranks. Riad Boussa has one of them and, as exceptional as it is in every other respect, shines even more brightly for the cook who runs the kitchen.