Peru has many surprises. It contains 84 of the world’s 103 biomes, has perhaps more archaeologically significant sites than any other country, and enjoys a food culture that is second to none in South America. The biggest surprise for me, despite its proximity to the equator, was the country’s sometimes bone-chilling climate, due mainly to the Andean mountain range that thrusts many cities and towns up to some of the highest altitudes on earth. And there is another surprise, not nearly so grandiose, but a cultural footnote whose importance didn’t set in until I saw it with my own eyes.

It seems that every town in the U.S. has a Chinese restaurant, but it could equally be true of Peru. Peruvians love their chifas. And what more quintessential condiment of Chinese (Cantonese) cooking than soy sauce? Peruvians call it sillao (pronounced see-yao).

Fried rice is big in Peru. Really big. Yes, the humble fried rice that many U.S. Americans substitute for steamed white rice at their own chifas. It has even found its way beyond the confines of Chinese establishments to become a mainstream item at many local restaurants alongside other Peruvian favorites. They call it arroz chaufa, or simply chaufa. Made with leftover rice, meat, vegetables and aromatics (including green onions and ginger), its main flavoring ingredient is sillao. I had my first taste at Lima Airport when I arrived in Peru. I had my second only hours later when it was served as a snack, wrapped in a bijao leaf, on the bus that picked my wife and me up in the Amazon rainforest. I ate it again almost two weeks later, in Arequipa at Chifa Mandarin. 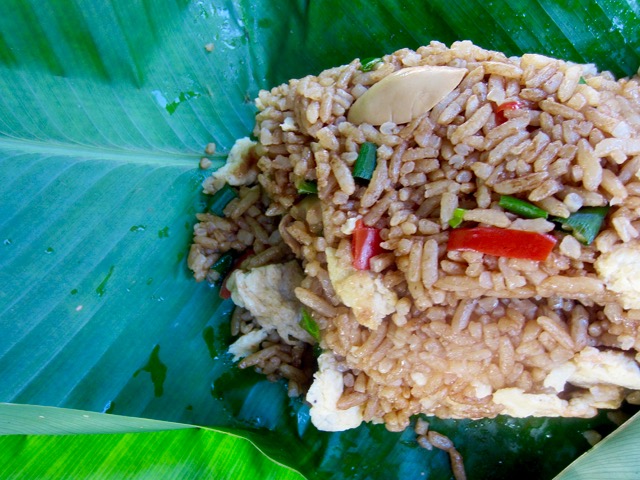 A Peruvian favorite, as popular as chaufa, is lomo saltado. It’s a dish that consists of marinated beef steak strips, red onion, tomato and other ingredients. What makes it distinctive is that it’s typically stir-fried in a wok. Our homestay hostess in Chinchero used one in her kitchen when she prepared saltado. In fact, saltado means stir fry. Here again, sillao plays a prominent role in flavoring the dish. Peruvians add their own twist by adding aji amarillo (a spicy yellow chile) and serving lomo saltado with fried potatoes alongside steamed white rice. Chicken can also be used instead of beef (pollo saltado). 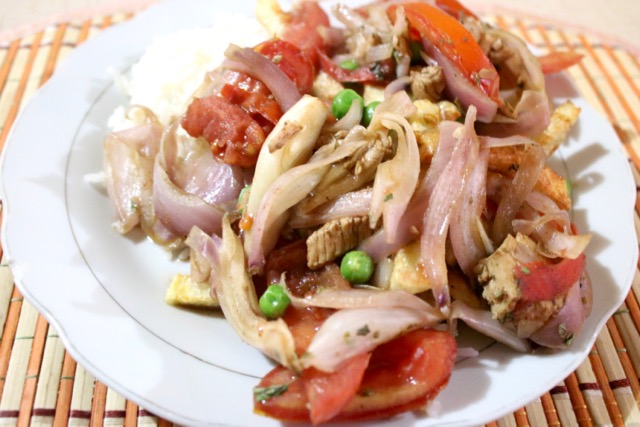 Last, but not least, is pollo a la brasa, the famous Peruvian rotisserie chicken. Whole chickens are marinated in sillao, lime juice, herbs and spices before being grilled over wood to crispy, blackened perfection. 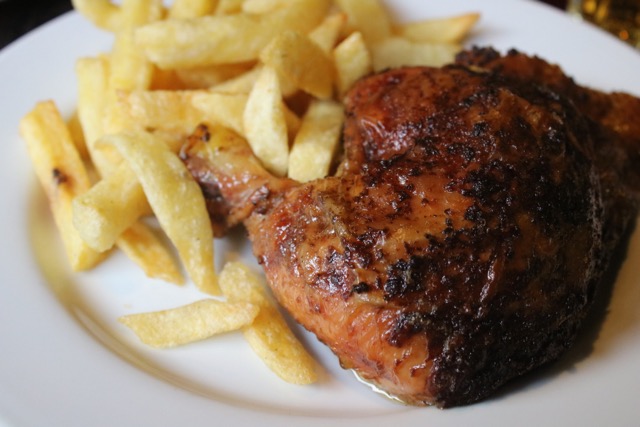 Sillao is used in several other Peruvian recipe applications. The large influx of Chinese laborers in the nineteenth century has had a significant effect on Peruvian cuisine, as much as influences from indigenous peoples and immigrants from Africa, Europe and Japan. This happy marriage of ethnic inspirations, called comida criollo, is what Peruvians call their own, a cuisine as broad, exciting and complex as the country itself. Sillao is only one contribution.