It’s simply called Fried Radish Cake, the English shorthand for the more descriptive Chinese ideograms on the menu. Customers of The Jade Seafood Restaurant in Richmond order it as part of a dim sum meal or as a snack.

The chefs at Jade don’t make the radish cakes in the usual way, which is to steam, then pan-fry a mixture of grated daikon, cornstarch and rice flour. Formed into squares or rectangles, they usually contain bits of barbecued meat or dried shrimp or both. A less common preparation is to cube the steamed cakes into smaller pieces before frying, then stir in an egg and sauce. Jade uses the latter technique.

Jade’s creative kitchen has twists up its sleeve though. The cubes were sautéed with XO sauce, just enough to provide a touch of heat and bits of dried seafood without making the cakes wet. Instead of adding an egg into the pan, it was cooked separately, shredded and sprinkled on top of the dish. These by themselves would have been a pleasant enough surprise, but into the mix were tossed in fried garlic chips and edamame. For presentation, the radish cubes were served in two squares of large wonton-like skins, one rotated 45o relative to the other, fashioned into an edible ‘bowl’ and deep-fried. Fantastic and inventive (☆☆☆☆). 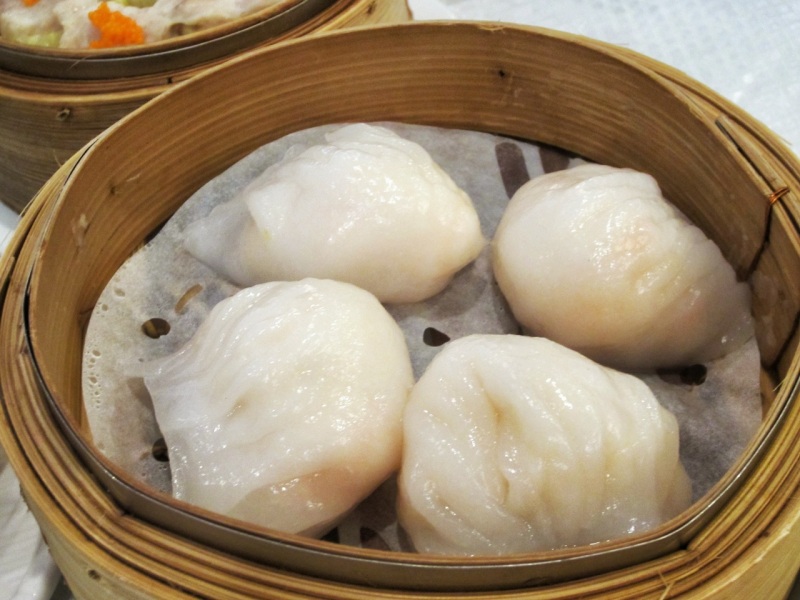 On the other hand, the service was horrendously inattentive, which did spoil our overall meal experience.