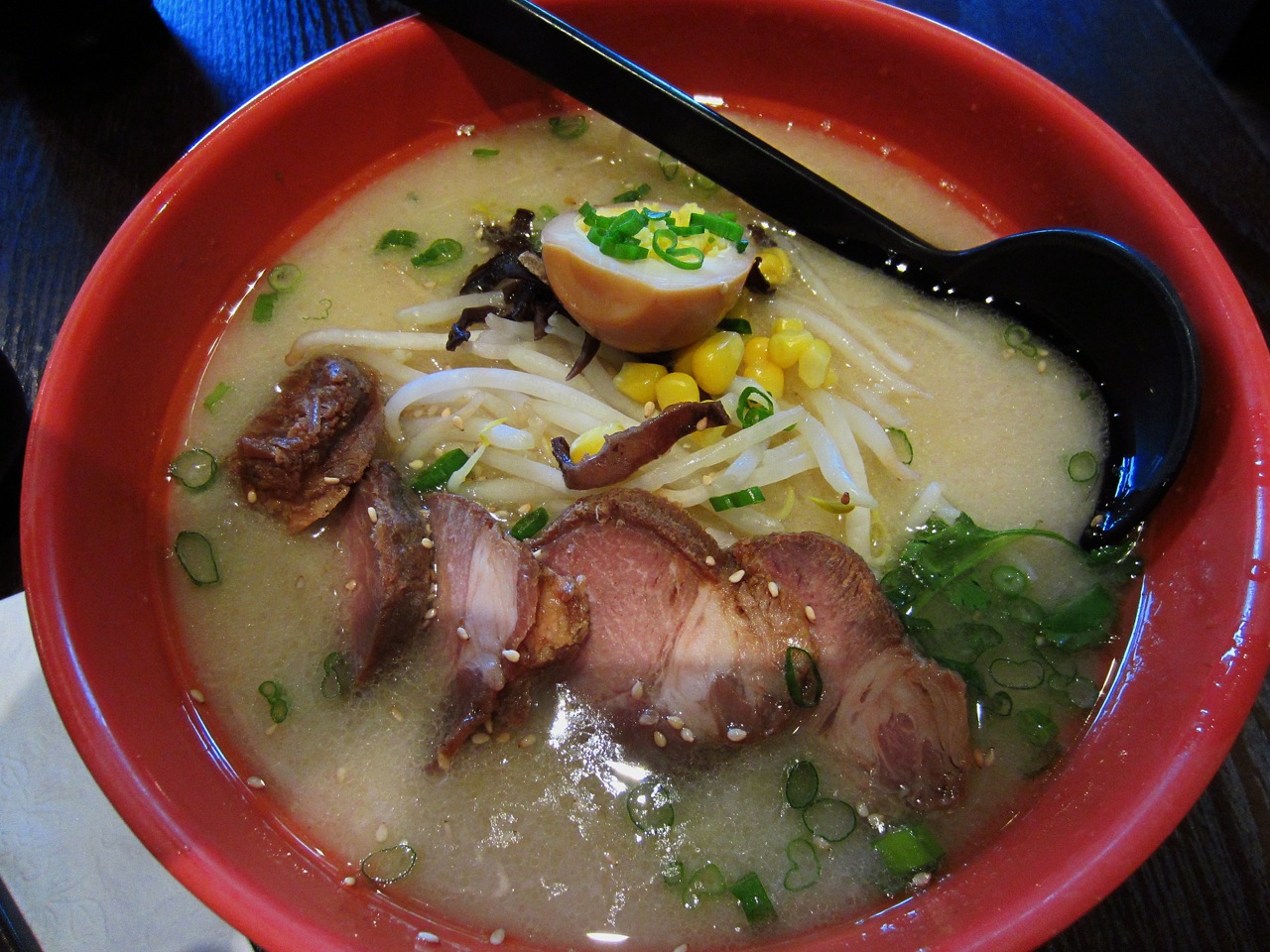 The Taiwanese presence in the Bellevue Chinese restaurant scene is unmistakeable. And why not? The Eastside city has a large demographic of Americans of Taiwanese descent. It was no surprise that Din Tai Fung established its first Northwest location in Bellevue’s Lincoln Square complex. Many Chinese restaurants in the city, some explicitly serving Taiwanese cuisine and others not, are owned by Taiwanese. Yoe’s Noodles is a different animal. One might be curious about why a Taiwanese-owned restaurant serves a Japanese menu with descriptions in both English and Chinese. Not so strange when one finds out that Japanese food is popular in Taiwan, no doubt a byproduct of the 50-year Japanese occupation between 1895 and 1945. Besides ramen, also on the menu are udon, soba, donburi and bento box.

I contemplated getting the Nagasaki chanpon (champon), which originated in that city at the turn of the twentieth century and was concocted as a way to satisfy Chinese students’ preferences.

But, in the end, I decided to try the ramen at the top of the menu, Yoe’s Ramen with Signature Tonkatsu, the broth’s name no less begging for the kitchen’s prowess to be judged. It was disconcerting though that the menu used the incorrect word—tonkatsu instead of tonkotsu. My first taste of the broth was not bad. It did have the requisite milky quality, but lacked complexity. The noodles, thin and curly, relied on eggs rather than kansui for springiness. There were too many bean sprouts for my taste, pork slices that were a bit dry and a half egg whose white part was made overly salty by soy sauce and yolk hard-cooked. In short, even allowing for the restaurant’s promotion of fusion cuisine and its reasonable price ($8.95), Yoe’s tonkotsu ramen fundamentally does not compare favorably (☆☆) with that of Bellevue’s three new Japanese ramenya (Jinya, Santouka and Kukai).