It was the Spring run of Restaurant Week again earlier this month. Over 130 Seattle area restaurants offered three dinner courses (a starter, main and dessert) for $30. Some restaurants also had a lunch menu for $15. Monsoon East in Bellevue (and its sister restaurant, Monsoon, in Seattle) always seems to participate in this and the similar October festivities, which is great news to those of us who love this restaurant.

One of their signature dishes—and one which we practically get every time—is the Catfish Claypot (cá kho tộ). Even if it is one of their most popular dinner items, it was fantastic to see it on the Restaurant Week menu. It is a delicious entrée of catfish (☆☆☆☆) braised in a thick, savory and caramelized sugar sauce and served piping hot in a claypot, with shallots, ngo òm, morning glory stems and sliced jalapeño to wake up the taste buds. Fish sauce lends this dish its savoriness and balances its sweetness. Despite the dish being a little spicy, no less so because of cracked peppercorns, my wife devours it, as I do, as if there were no tomorrow. On steamed rice, the sauce is ridiculously tasty. Unlike most other places we’ve had it, the catfish has no hint of muddiness, a testament to the kitchen’s prowess. 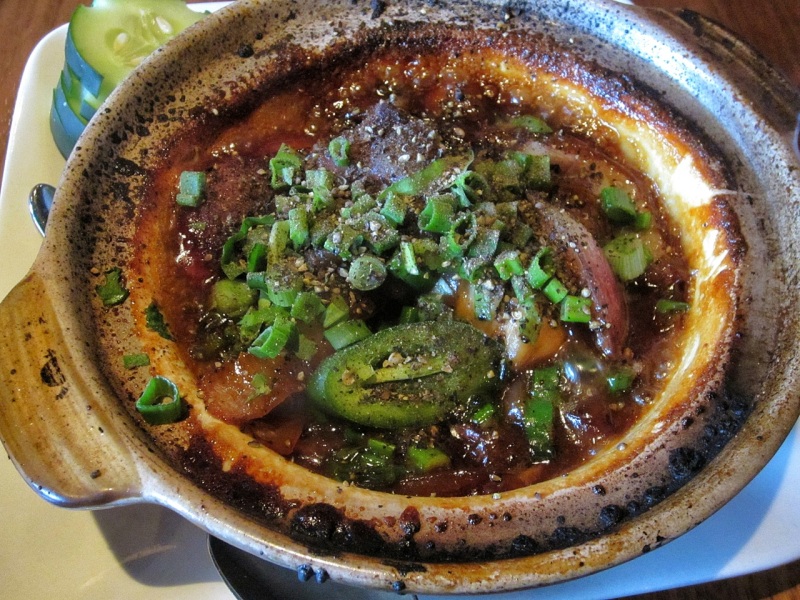 The other Restaurant Week items we had were no slouches either, including a sautéed calamari dish that boasted perfectly cooked squid, and their cocktails are some of the best in town, but the catfish claypot stays in our memory. Perfection.