Another business forced to close its doors after the September quake was Copenhagen Bakery located in the PriceWaterhouseCoopers Centre (now demolished). Known for its famous pies and pastries, it relocated to the Bishopdale neighborhood of Christchurch where it enjoys as much popularity as before. After a visit to the nearby Willowbank Wildlife Reserve, we went there for lunch.

On first visit, the selection is somewhat overwhelming. Not only is there a large choice of sandwiches, all on display behind a glass counter, but also all manner of quiches and, of course, their savory pies ($4.50 NZ). The pastry display is what you would expect of any decent Danish bakery, dazzling in its mouth-watering variety.

The sliced beef and mushroom pie was an umami bomb, thick with meat and mushroom filling made gelatinous with cornstarch, and encased in a very flaky shell. An outstanding meat pie (☆☆☆☆). 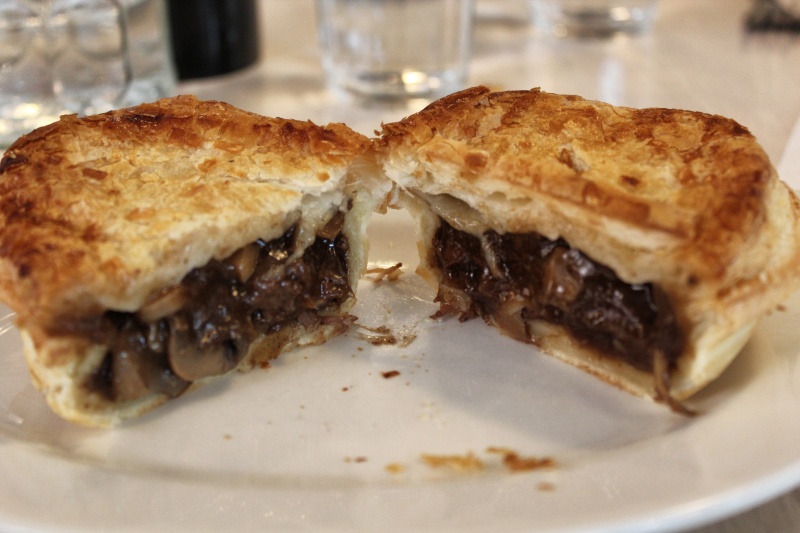 The tomato soup (☆☆☆) was thick and creamy with admirable restraint on sweetness and embellished with a slight tartness. 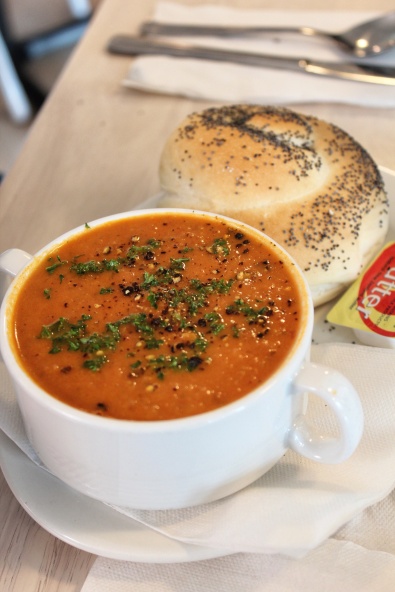 The almond and chocolate chip cookies we purchased afterward were delicious, rich with butter.

A second visit to the bakery was made three days later (July 27). The mince meat pie already sold out, the mince and cheese pie was a bit too cheesy (☆☆☆), suffering a little from a hot waxiness that typifies cheese pies. 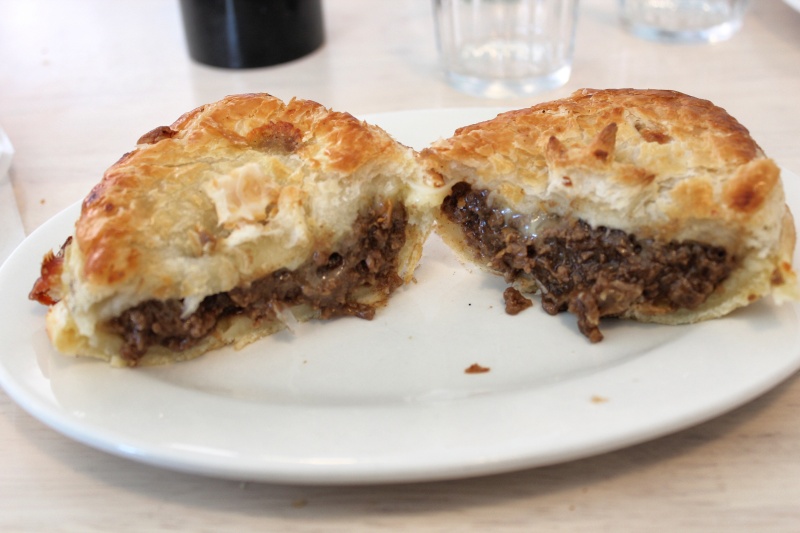 The vegetarian pie (☆☆☆), filled with kumara (sweet potato), celery and bell peppers, is spicy and savory. 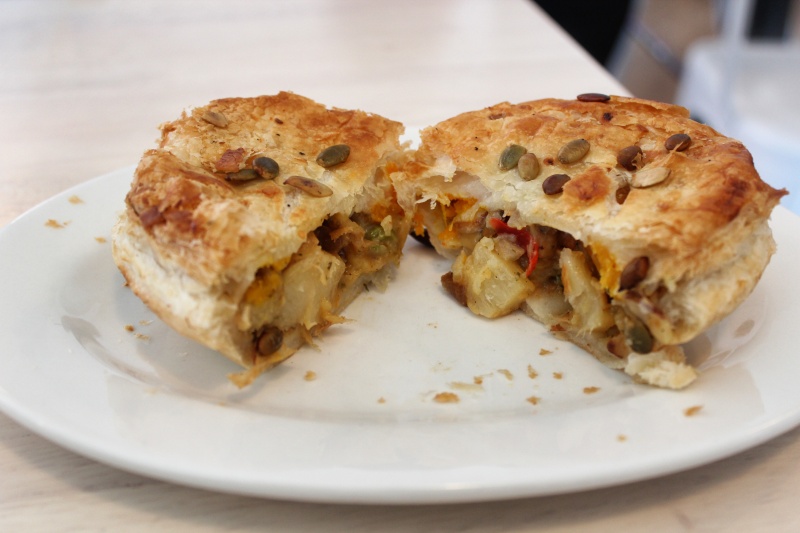 The daily special of mushroom soup (☆☆☆☆) was a masterpiece of mushroom flavor, thick and creamy with a touch of butter. It is a soup that should be a permanent menu offering. 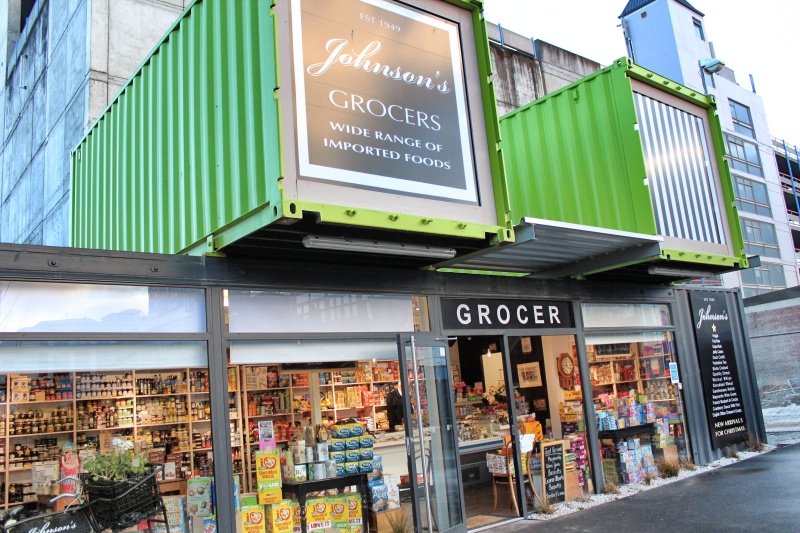 Project Re:START in Christchurch is an attempt to revitalize a portion of the Central Business District by erecting a mall consisting of stacked shipping containers that have been modified for commercial purposes. It opened late last year to a lot of fanfare. This seems like an ingenious idea and one that has an eco-twist to boot. There aren’t a lot of stores, anchored by the upscale Ballantine’s that survived the earthquake, but the mall’s presence must be a welcome sight and experience for a city trying to recover from devastation.

The September 2010 earthquake forced the closure of many businesses in Christchurch, many of them for good. This is one of the unfortunate consequences of natural disasters. Imagine how much more magnified the problem was for businesses in Fukushima.

Samurai Bowl was a Japanese restaurant with a popular following, especially among Japanese students studying here. It used to be located on Gloucester Street before being forced to close after the September quake. Eventually, the building in which it was located had to be torn down.

A year later, Samurai Bowl re-opened on Colombo Street in new digs, larger than before, and appears to be as popular as ever.

Though not advertised as such, the special Samurai Bowl is a tonkotsu style of ramen. It isn’t deeply porky or milky as the best examples of the broth, but it has nicely balanced, slightly gingery flavors.

The miso ramen also had a good broth, its eggy noodles having a wonderful texture.

Not as impressive was spicy miso galbi-don. The generous beef chunks were somewhat chewy and gristly and the donburi was over-sauced.

Other customers had other interesting-looking dishes, some of which are on my radar for the next visit.