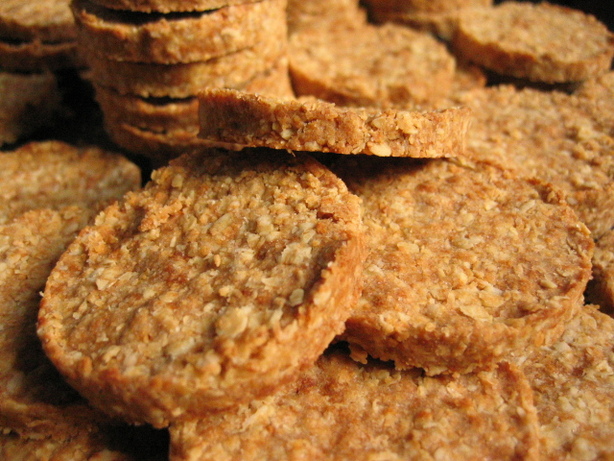 ANZAC Day is observed in New Zealand and Australia to commemorate the troops who lost their lives at Gallipoli during World War I. ANZAC stands for Australia New Zealand Army Corps. One story is that the families sent the troops these biscuits (known in the U.S. as cookies) that resisted spoilage because of their lack of eggs as an ingredient, but their undisputed origin is still a mystery. In any case, these are really good cookies, quite crispy, almost as hard as a biscotti. I have a preference for a soft, chewy cookie, so before the first bite, a red flag was raised. But, the hesitation was only brief; the combination of rolled oats, shredded coconut, butter and a sweetener called golden syrup (which is hard to find in the States, though I found some at Whole Foods) was irresistible. And, when dipped in a cup of long black, they were even better.

I found a recipe on the internet, which I’ll try when we get home.