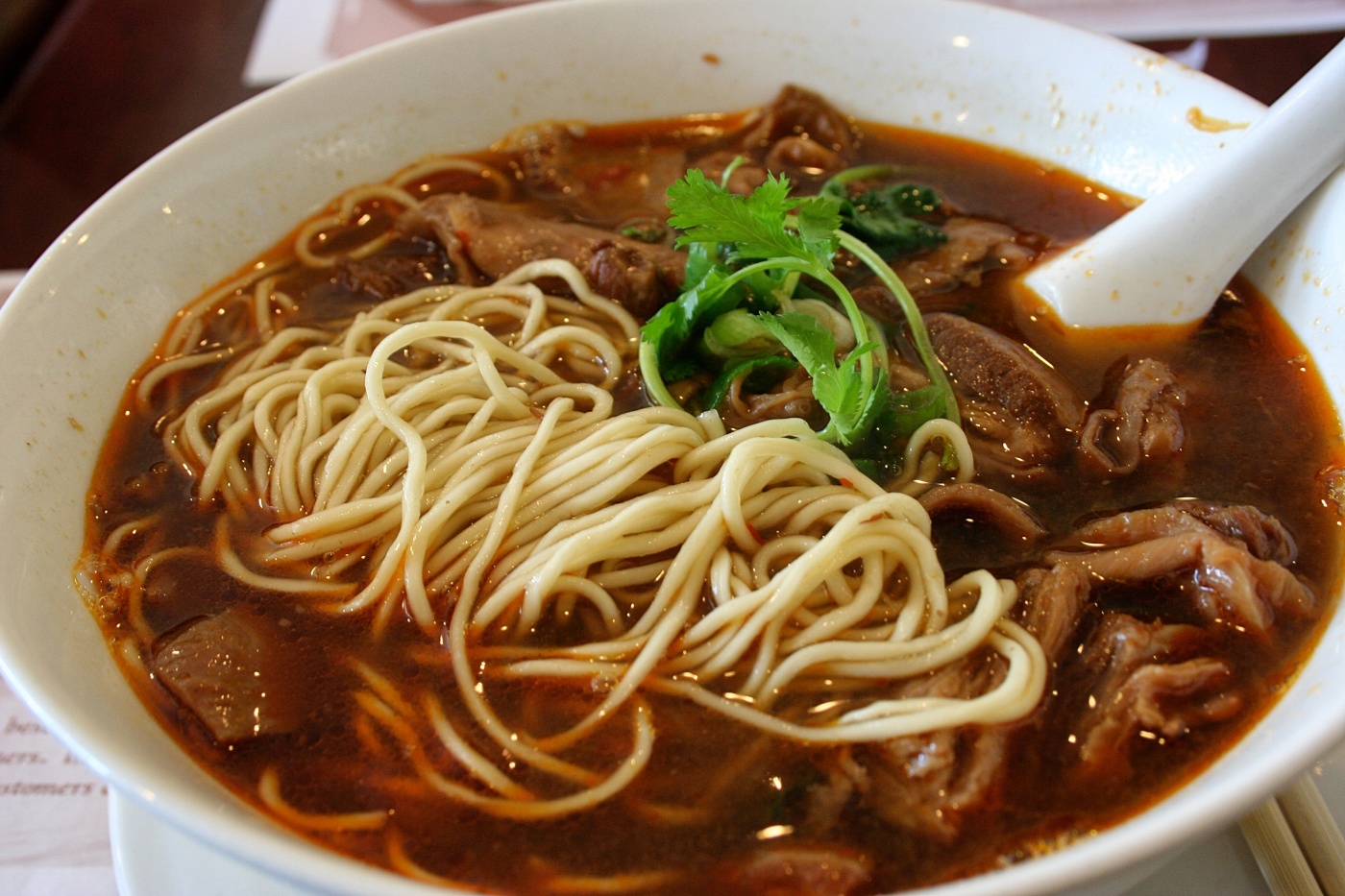 Bamboodles makes its own bamboo stick noodles from a technique developed in China by a master named Hu Min in the early twentieth century. The chef here learned his trade from one of Min’s disciples. The kneading of bamboo stick noodle dough is done by the master who straddles (actually, it looks more like a slow bouncing up and down) a large, hollow bamboo stalk that compresses the dough at the other end. When it gets thin enough, he folds it over and starts the process again, until the right texture has been achieved. In the final step, the dough is stretched out thinly and rolled, and then cut by mechanical cutters into thin noodles.

Limited to only 100 servings a day, the Spicy Beef Stew Noodle Soup is one way to appreciate these noodles. The broth is very rich with the essence of beef and five-spice powder and spicy with chiles, though not fiery. As the name suggests, the beef (consisting also of tripe and fatty parts) is stewed for a long time. The pasta itself had a wonderful, springy texture, though surprisingly not much flavor.

Another favorite was the spinach noodle soup with green tea pork, using noodles made the same painstaking way, but with added spinach.

Having said all of the above, other menu items were mediocre at best. On a subsequent visit, we found all other soup noodle broths unremarkable, including that of the Wonton Noodle Soup, though the wontons were very well made with very thin wrappers. The Spicy Noodles (Szechuan-style) really had no sauce to speak of; whatever sauce there was only came from the ground pork, which was mounded on top (along with ground peanuts and blanched bean sprouts). With the dearth of sauce, the noodles soon became pasty and dry, a regrettable waste of the effort and care to make them. The celery dumplings (which we all shared) had a very tasty ground pork-Chinese celery-ginger-green onion filling, but their wrappers were extraordinarily thick.

Their menu appears to have gotten more extensive, perhaps an unwise decision when aspects of original items need improvement.